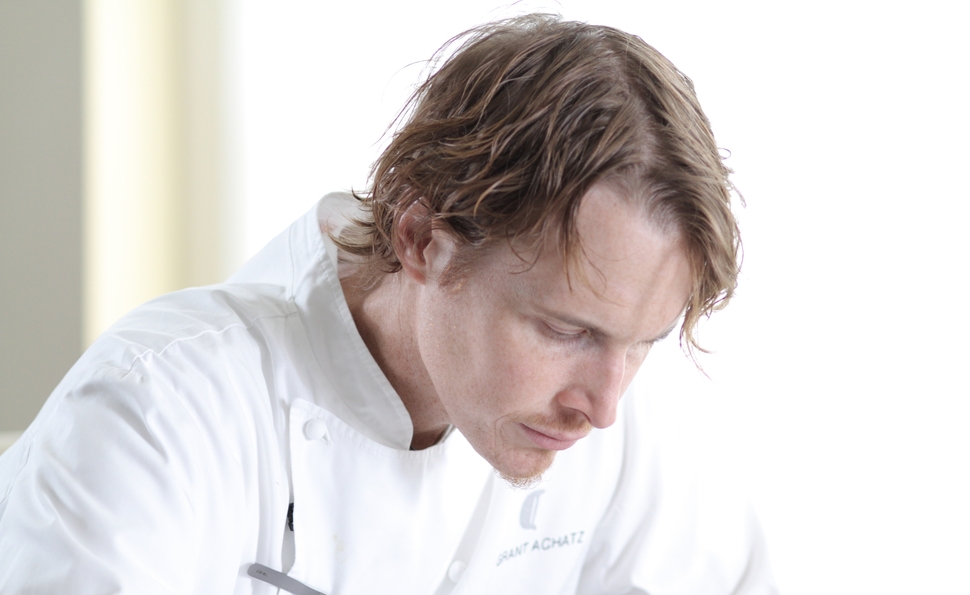 Joseph Levy’s documentary Spinning Plates covers three restaurants: Alinea, a Chicago foodie mecca often ranked among the best in the world; Breitbach’s Country Dining, a bustling family eatery that’s been operating in Balltown, Iowa for more than 150 years; and La Cocina De Gabby, a struggling Mexican joint in Tuscon. Each serves different kinds of cuisine to different kinds of people, and each’s chefs and owners have different objectives. Alinea’s Grant Achatz is trying to push the meaning of food and dining out as far as he can, while keeping an eye on his competition in the international marketplace. In Iowa, the Breitbach family is grappling with its legacy in a community so close-knit that some some of the customers have keys to the restaurant, and come in early to make coffee. And in Arizona, Gabby Martinez and her husband just want to make enough money to keep the bank from foreclosing on their house.

Spinning Plates is a slow starter. For the first half hour, as Levy is introducing the players, the movie works in broad strokes, with each of the subjects spouting platitudes about family and community, while cinematographer Erin Harvey shoots pretty pictures and composer Ed Shearmur layers in warm, acoustic New Age music, all of which makes Spinning Plates look like a montage of regional bank commercials. But the documentary finds more of a rhythm once it moves beyond generalities and starts getting into particulars. It’s better when it stops being about “a nouvelle cuisine restaurant” and starts being about a restaurant run by a man who recently battled tongue cancer, and when it stops being about “a small-town gathering place” and starts being about a place that burned to the ground a few years back, then enjoyed a last-scene-of-It’s A Wonderful Life-like rescue.

Spinning Plates’ three threads only occasionally weave together elegantly, showing the common stresses at all levels of the restaurant business—like how dedicated restauranteurs live roughly 75 percent of their lives in kitchens and dining rooms, missing the big events that other people come to their establishments to celebrate. And truth be told, the La Cocina De Gabby storyline doesn’t have as much incident or larger context as the other two (both of which could’ve been spun off into very good standalone feature documentaries with little effort). But after spending an hour or so with these people, it’s hard to forget the handcrafted beauty of a Breitbach pie, or the way Achatz fusses over an idea for a sculpture made of forks, each holding one perfect bite. Like the similarities, the contrasts between these restaurants isn’t always as clear as they should be, but when Alinea co-owner Nick Kokonas philosophizes, “Every restaurant exists to entertain people,” while the Martinez family is debating whether they need to add a breakfast burrito or a delivery service to keep the doors open a few months longer, it’s clear there really is a difference between a place that heaps rice on a plate, and a place that tries to distill the essence of burnt oak leaves into a pillowed placemat.