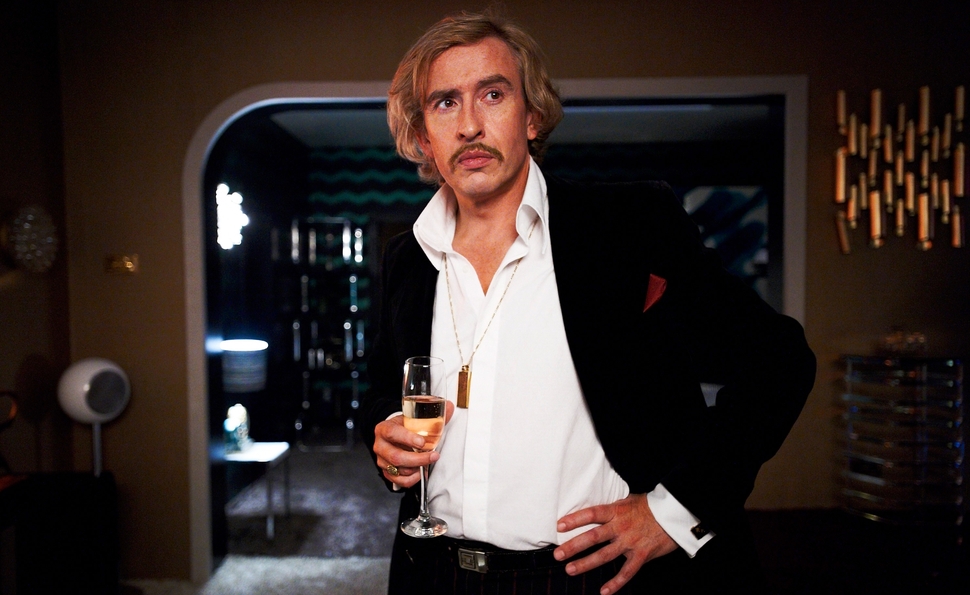 The Look Of Love

Steve Coogan knows fun-loving entrepreneurs. His first major film role, back in 2002 (some years after he conquered British television comedy), was as Factory Records founder and nightclub impresario Tony Wilson in 24 Hour Party People. Though technically a biopic, it was a highly unconventional one, with Wilson often directly addressing the audience; some scenes see the real people involved showing up to dispute the way their lives are being dramatized. That sense of play and invention carried over into Coogan’s subsequent collaborations with Party People’s director, Michael Winterbottom: He played goofy variations on “himself” opposite Rob Brydon in both Tristram Shandy: A Cock And Bull Story and The Trip. So it seems fair to hope that The Look Of Love, Winterbottom’s movie starring Coogan as famed British sleaze tycoon Paul Raymond (the “King of Soho”), would be more than just a dutiful catalogue of events from its subject’s Wiki-bio. But while the people involved party 24-7, that’s the only sense in which this plodding portrait resembles the duo’s earlier take on unconventional business practices of decades past.

Unfolding between roughly 1958 and 1992 (though Coogan, despite the efforts of the hair and makeup department, never seems to age much), The Look Of Love chronicles Raymond’s ascent to the title of England’s richest man, which he achieved primarily by not underestimating the public’s interest in naked women. Carefully working around the country’s legal restrictions—in the 1950s, nudity was permitted onstage only if the performers remained completely motionless, which was a bit problematic for those wanting to combine T&A with a lion-taming act—Raymond opened a series of tasteful strip clubs, produced hit “plays” that were little more than excuses for the female characters to disrobe, and eventually took over porn magazines like Men Only and Mayfair. All the while, he bedded every hot young thing who worked for him, ultimately alienating his ludicrously tolerant wife (Anna Friel) and setting a very poor example for his beloved daughter, Debbie (Imogen Poots), to whom he hoped to leave his empire. 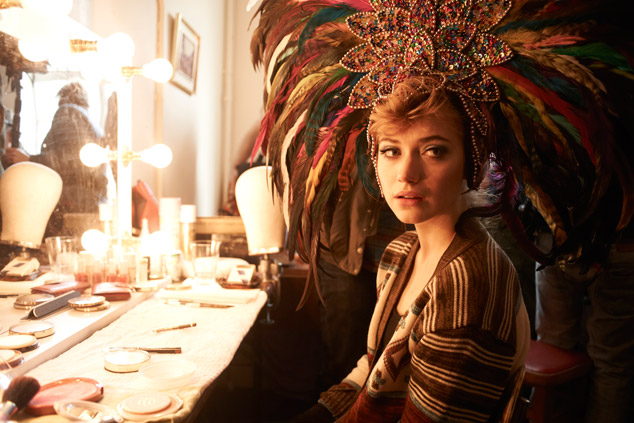 Apart from the opportunity to follow its subject’s lead and disguise gratuitous nudity as art, it’s never clear why Winterbottom, Coogan, or screenwriter Matt Greenhalgh thought Raymond’s life story might make a terrific movie. Larry Flynt, to cite an American parallel, has led a genuinely fascinating life, from being shot and paralyzed by an assassin to crusading for First Amendment rights. It’s easy to see why Woody Harrelson wanted to play the guy. All Raymond did was make a great deal of money, sleep with a whole lot of women (often several at once), and ignore his eldest son for no apparent reason.

With nothing arresting to grab hold of, and no norms to subvert, Coogan drifts through the film in an agreeable, mildly obnoxious daze, breaking out his celebrity impressions (Sean Connery, Marlon Brando) when things get too pokey. The best The Look Of Love can manage by way of an arc is a downward spiral of drug addiction, and even that’s by proxy: Raymond handles his coke just fine, but his daughter spins out of control, ultimately dying of a heroin overdose. Sad, certainly, and Raymond’s permissiveness was arguably to blame, but that doesn’t make such a tragedy any less commonplace or more interesting. Maybe there was a time when just boobs and money were sufficient to entertain. Not anymore.