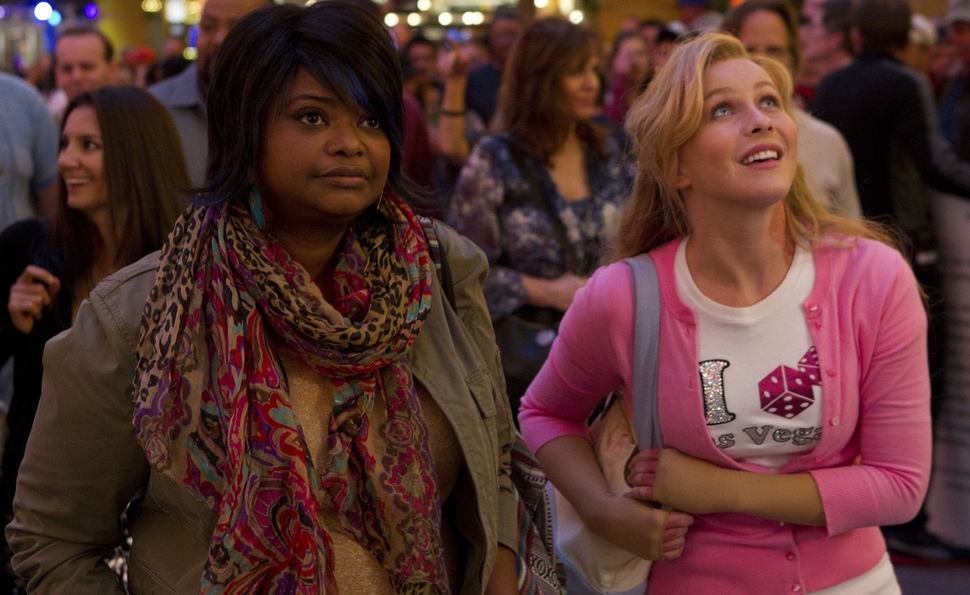 Of all the possible ways Diablo Cody’s directorial debut might fail, perhaps the least likely was that it would be innocuous enough to potentially bore the audience into a stupor. Her aggressively stylized dialogue is divisive, honest to blog, but she has a genuinely distinctive voice, coupled with a penchant for provocation, however glib. Some people attacked Juno for being pro-life, while others decried it as “the triumph of feminist ideology,” and Young Adult has a sensibility that’s sour verging on curdled. So it’s something of a shock to find that Paradise, the first film Cody directed as well as wrote, inhabits the bland, harmless indie wasteland that her previous work implicitly mocked. Even the title turns out to be sweetly sincere rather than scathingly ironic.

In broad outline, and at first glance, Paradise looks very Cody. Her damaged heroine this time is Lamb Mannerheim (Julianne Hough), who’s recovering, as the film opens, from a horrible accident that left her entire body covered in scar tissue from second- and third-degree burns. (Conveniently for the film’s box-office prospects, her face was completely unharmed. Deformed yet gorgeous: a potent combination.) Lamb’s small, aggressively God-fearing Montana town expects her to tithe most of her settlement fortune, but she no longer believes in God, and decides that the time has come for her to experience all the worldly pleasures forbidden by her ultra-religious parents (Holly Hunter and Nick Offerman, wasted in bit parts). So off she jets to Las Vegas, where she’s speedily befriended by two cynical casino employees (Russell Brand and Octavia Spencer) who feel oddly protective of this little lost Lamb.

To her credit, Cody avoids the heavy-handed satirical possibilities this scenario affords, sensitively treating Lamb’s tentative efforts at going wild as the confused cry for help that they are. But there’s only so much comic mileage to be found in a sheltered young woman gasping at her first view of a porno mag, or receiving a makeover that Spencer’s character, in one of the film’s surprisingly few pop-culture references, calls a “reverse Ally Sheedy.” (Cody does indulge a wan stylistic conceit in which Lamb’s transgressions get a cute onscreen-text roll call, e.g. “Sin #3: Firewater.”) Nor is Paradise especially dramatic, since Lamb’s new friends ensure that she never gets into even minor trouble. Indeed, the film’s sole confrontation sees her briefly strike out on her own because she feels like she’s being coddled.

And she is—by Cody. Hough, who seems to be making a specialty of playing young women from repressive environments (see also the Footloose remake), looks game for anything, but Lamb is little more than a walking symbol of innocence misplaced, and neither her faith nor her newfound lack of faith get challenged in any significant way. Everyone she encounters in Sin City is unfailingly nice—even Brand, who can usually be relied upon for some outrageousness, has been weirdly neutered here, to the point where he could almost be the young Hugh Grant. The result is a movie that idles in first gear from start to finish, never achieving much more than mild amiability. If this is Cody’s idea of a new direction, retreat is in order.