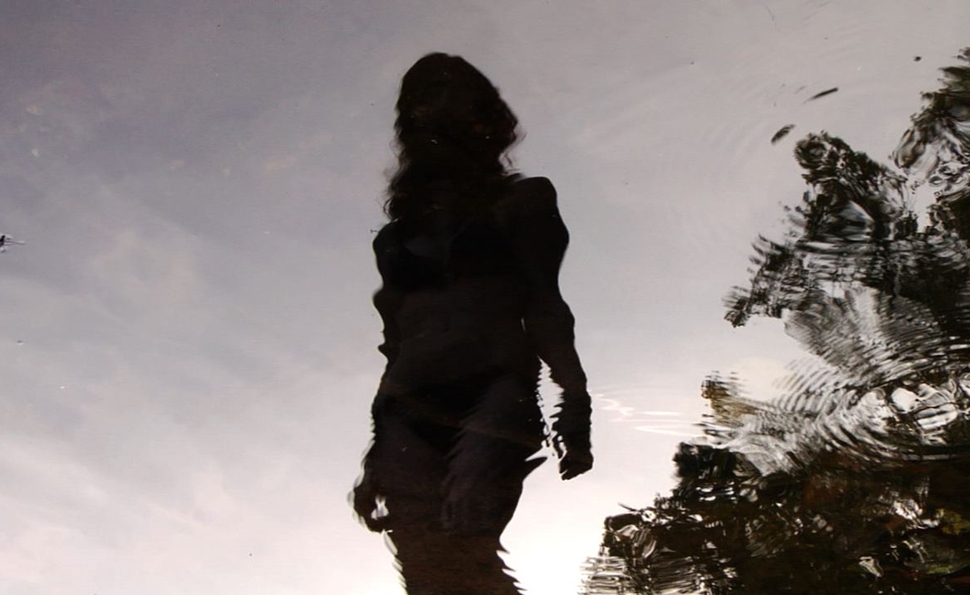 Jason Banker’s Toad Road is a horror film aimed at all the domesticated middle-aged folks who sometimes get chills in the dead of night, remembering some of the dangerous shit they did when they were kids. Part slapdash home movie, part preachy Afterschool Special, and part psychedelic happening, Toad Road tracks the relationship between James (James Davidson) and Sara (Sara Anne Jones), two aimless young people who hang out nearly every night with a circle of friends who listen to grinding hardcore punk and fearlessly experiment with new ways to get fucked up. They take mushrooms, drop acid, snort powders, swill cough syrup, jam pills up their asses, and blow Vicks vapor into each other’s eyeballs. And then once they’re wasted, they torment each other, wrestling around on the floor and trying to torch nipple-hair and pubic hair with lighters—partly as a prank, and partly to prove how impervious they are to any kind of pain. They think they’re having a great time, but there’s an undertone of mutual hatred to their self-destructiveness.

Toad Road’s plot is largely tangential to its long sequences of debauchery. There is a story, though, hinted at in an opening flash-forward, and then returned to after about an hour. Sara, having heard a legend about gates of hell visible only to those who trip out in the woods, drags a skeptical James out to go exploring, and after she doses him with LSD against his will, he has a few freaky visions, then passes out. When James comes to, Sara is gone, weeks have passed, and he has no answers for angry friends and dubious authority figures.

Banker saves this actual narrative element to Toad Road until nearly the end, then dispatches it just as abruptly, rolling the closing credits without having resolved much of anything. At times, Toad Road has the feel of one of those shabby Z-movies from the drive-in era, shot in three days on whatever locations were available, then retroactively pieced together into something that resembles a motion picture. The difference is that Banker doesn’t pad Toad Road out with exposition, or dull scenes of characters in transit. He fills it with dudes playing “gay chicken”—where they lean toward each other with their tongues hanging out, to see who’ll flinch first—and with an extended scene where a guilt-wracked James asks passersby on a crowded boardwalk to punch him in the face. And Banker keeps these scenes so ragged and improvisatory that they could pass for a documentary.

There are intimations of the supernatural in Toad Road, but the real horror is in how it captures James’ feelings of panic, as he keeps getting dragged deeper into a life he finds unsatisfying. In flashbacks to family-mandated therapy sessions, and even in his conversations with Sara, James talks about wanting to quit getting high and start getting healthy. But Sara—an excited newcomer to the world of narcotics and hallucinogenics—keeps insisting that she needs him to join her on a journey into altered consciousness, saying they’re getting doped up for honorable reasons, not like their idiot friends. Toad Road is sloppy and under-realized, but it should connect with anyone who’s ever made terrible choices for no good reason. The movie has the dark ring of truth whenever James’ cronies ask him if he wants to do something idiotic with them, and he answers, “No, but yeah.”