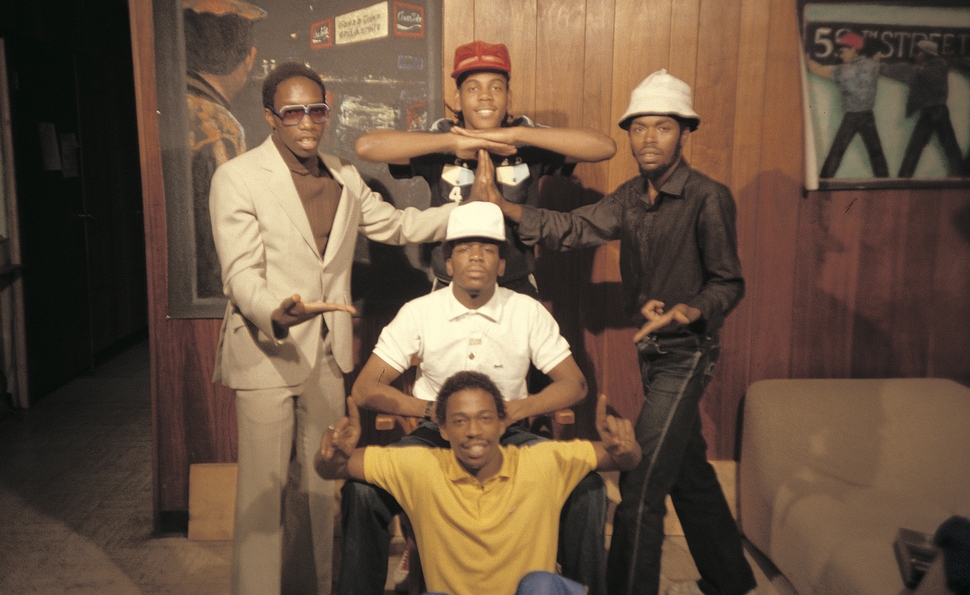 For hip-hop fans, watching the groundbreaking film Wild Style in 2013, 30 years after its original release, is a little like listening to early James Brown or George Clinton albums. Déjà vu is bound to ensue, since the culture has lovingly referenced, spoofed, or recycled nearly every line and frame. The film’s famous scenes, like the one of forgotten hip-hop duo Double Trouble spitting a tag-team a cappella rap while sitting on a front stoop, have reappeared, in altered form, in commercials, music videos, movies, and albums. Wonderfully slangy, evocative throwaway lines like “I’m just gonna munch up a little bit” (a funky hip-hop way to say “I’m getting a snack”) have been immortalized through their sampling on albums like MF DOOM’s Mm.. Food?

Hip-hop loves Wild Style because Wild Style loves hip-hop. The film’s legendary status is largely attributable to two factors. When it came to chronicling the cultural revolution of graffiti, rapping, DJing, and breakdancing, Wild Style did it first, and right. It’s rare for a music film to understand music on a profound level. It was even rarer in an era where breakdancing generally appeared in movies as a cheap stunt, a way to keep audiences distracted for a few minutes on the cheap.

Wild Style fundamentally respects hip-hop and hip-hop culture. That respect extends to illustrating the interconnectedness of hip-hop’s elements: Wild Style gets on a subconscious level the difficult-to-explain but profound symbiotic relationship between rapping, breakdancing, graffiti, and DJing. Writer-director-producer Charles Ahearn, who conceived the film with Fred “Fab 5 Freddy” Braithwaite, who also appears in a major supporting role as flashy impresario “Phade,” captures how all these indigenous American art forms sprang up out of the ugliness and devastation of the Bronx in the late 1970s and 1980s. When New York and the rest of the United States turned their back on the Bronx and left it to rot, a generation of brilliant street kids created poetry out of the ruins.

Wild Style’s legacy most assuredly isn’t its plot or acting, both of which function primarily as a means to an end. Cut out about 15 minutes of hastily improvised narrative scenes, and it’s fundamentally a brilliant hourlong documentary à la Style Wars, which was released the same year. In a sometimes ingratiatingly amateurish lead performance, graffiti legend Lee Quinones plays a mysterious, much-buzzed-about tagger who goes under the moniker “Zoro” and is renowned for his audacious style and all-around fearlessness.

Zoro’s fierce independence puts him at odds with a more commercial-minded rival crew that inconveniently includes his girlfriend, Lady Pink. Zoro is torn between attempting to transform his gift into a proper career, or the purity and adrenaline rush of bombing a train in the dark of night, knowing his artwork will be destroyed within days. Meanwhile, a Village Voice reporter sets out to chronicle the emerging scene, which sends shock waves through the insular, hermetic world.

There’s something wonderfully, poignantly ephemeral about graffiti and the park and street jams of early hip-hop. In the eyes of society, authority figures, and the busybodies who run the New York public transportation system, bombing subway trains was a crime, producing eyesores that should be covered up as quickly as possible, regardless of the quality of the artwork on display. Meanwhile, pioneers like Cold Crush Brothers became seminal fixtures of early hip-hop without ever releasing a proper studio album. They plied their trade at house parties with floors sticky from spilled beer and overflowing with pot smoke and funky park jams, never imagining they were laying down the cornerstones of a multi-billion-dollar international industry.

So part of Wild Style’s tremendous value lies in how it captured for posterity the seemingly ephemeral art of graffiti and pre-album hip-hop. As a time capsule and a sociological document, it’s difficult to overstate its importance, but it’s also tremendous fun. The film anticipates the YouTube era by stressing wonderful moments and stand-alone sequences over an overarching narrative.

Wild Style fulfills early hip-hop fans’ giddy fantasies by having rival crews Cold Crush Brothers and Fantastic Freaks battle each other a cappella at a playground, then goes even further by having the crews battle each other lyrically while playing basketball. The Brothers’ regrettable lack of studio output renders their scene-stealing appearance here their most revisitable contribution to hip-hop, but it’s still a hell of a contribution.

Wild Style put the electricity and funky energy of what was bubbling up on New York streets into a sometimes-creaky narrative frame. Thirty years later, that frame still feels a little silly, but the riveting music, graffiti, dancing, and DJing inside it couldn’t feel more essential or relevant. The silly plot and corny acting can be laughed off, but the art that emerged out of the ugliness and hopelessness of the Bronx endures.

Music Box Films’ double-disc 30th-anniversary edition piles on the extras, including some neat new, conceptually appropriate musical short films directed by Ahearn; fascinating interviews with the cast, also conducted by Ahearn; an illustrated booklet, and a warm, nostalgic commentary from Ahearn and Fab 5 Freddy, both of whom exude infectious enthusiasm for both the film and the lost world it chronicles. Music Box gives the film the loving, deluxe archival treatment it richly deserves.