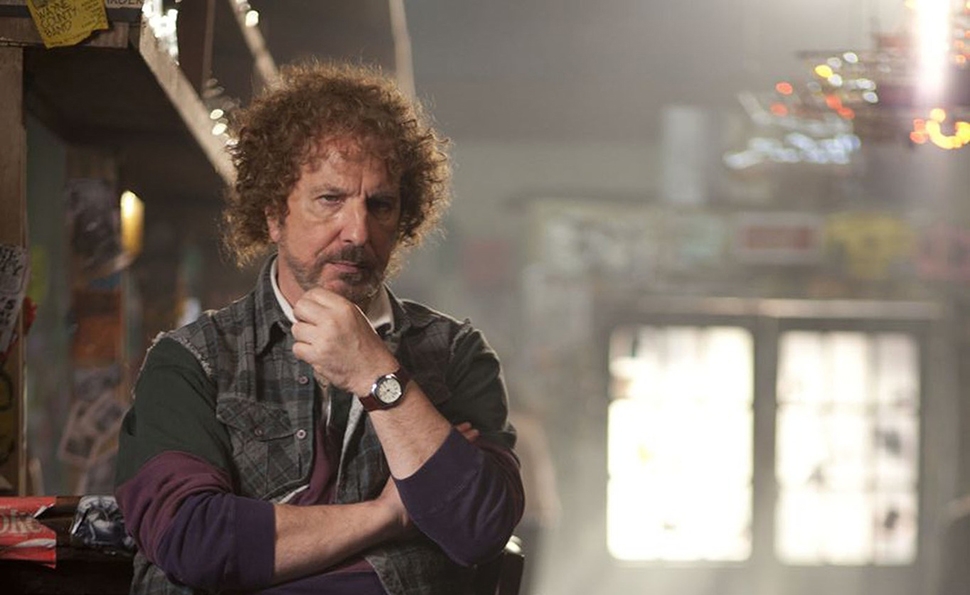 Shortly after CBGB—the famed Bowery club where bands like Talking Heads, Television, Blondie, and many others got their start in the 1970s—closed in 2006 following a protracted rent dispute, owner Hilly Kristal announced his intention to re-create the club in Las Vegas, stripping the original club’s fixtures to bring along. Nothing ever came of the plan, but that didn’t make the prospect less chilling. Imagine, for a moment, years of accumulated New York grit reborn as a simulation of the same in which gawking tourists could sip overpriced drinks and soak up authentic punk atmosphere. Imagine the plaque marking the spot where Johnny and Joey Ramone first fought onstage. Or Lou Reed’s favorite table. Or what might be a real Stiv Bators bloodstain. And imagine the attitude behind it all: part knee-jerk reverence for a version of punk history flattened out and made palatable to the masses, part condescending amusement about the excesses of the past, all of it drained of the animating spirit that made the venue matter in the first place.

CBGB, a film about the club’s early days, fulfills some of that dreadful promise, engaging in cartoony myth-burnishing as it retells Kristal’s founding of the club and the way he (by this account, at least) accidentally slipped into the role of punk godfather. The reliably engaging Alan Rickman plays Kristal, but his performance seems less an attempt to capture his subject’s essence than to deliver the most Rickman-by-numbers performance imaginable. Scene after scene finds him reacting with wry, slightly alcoholic understatement to whatever life brings his way, whether it’s Television introducing him to the coming sound during an afternoon audition, or receiving complaints about his dog using the club as a bathroom. (Though clearly shot on a limited budget, CBGB seems to have spared no expense in the fake-dogshit department, repeatedly showing frustrated employees and visitors stepping in the stuff to the accompaniment of loud squishing noises.) Though the film ends with touching footage of Talking Heads at the group’s Hall Of Fame induction, thanking Kristal for the nurturing role he played, the film mostly turns him into a slightly annoyed bystander to history.

Here, history gets repeated not as tragedy or farce, but mostly as broad comedy. Director Randall Miller, who previously teamed with Rickman for the self-distributed feature Bottle Shock, frequently transitions between scenes by dropping into comic book-style frames—some of them used to identify the members of various bands, some of them offering additional commentary on the action via speech balloons. (One has a cow “telling” Kristal, “You shoulda managed the Ramones!”) Apart from a couple of scenes in which Punk magazine founder and in-house artist John Holmstrom (Josh Zuckerman) and Punk contributor (and future filmmaker) Mary Harron (Ahna O’Reilly) trade observations like “Punk isn’t about decay… It’s about the apocalypse,” CBGB doesn’t seem all that interested in the music. (The real-life Holmstrom also provides some of the film’s illustrations.) Apart from a lengthy stretch dedicated to The Dead Boys (played by, among others, Rupert Grint and Justin Bartha), whom Kristal attempted to manage, the film mostly parades a series of actors vaguely resembling Blondie (with Malin Akerman as Debbie Harry), Talking Heads, Ramones, and so on up to the stage while they lip-sync to the artists’ most famous songs. (And to the familiar studio versions, at that, which will surely be distracting to the music’s fans, as will anachronisms like a pre-fame Patti Smith singing her post-fame hit “Because The Night,” co-written by Bruce Springsteen.)

Instead, the film mostly focuses on the business of running the club, with Kristal’s hardhat-wearing pal Merv (Donal Logue), a helpful junkie named Idaho (Freddy Rodriguez, going beyond broad), and nagging daughter Lisa (Ashley Green, attempting an accent) all trying to keep CBGB from failing like previous Kristal ventures. That means more than a few scenes of Lisa hectoring her father about paying the bills and keeping vendor agreements straight while remaining on regular billing cycles while history gets made, and ignored, mere feet away. No doubt a decent movie could have been made about the behind-the-scenes life of CBGB, but CBGB isn’t it. It’s as flip about the club as it is about Kristal, the music, and the time and place that shaped it all. “You have no idea what’s about to happen here!” Lisa tells Kristal after a glowing review of a Television show runs in the Village Voice. If only the film had any notion of what did happen.