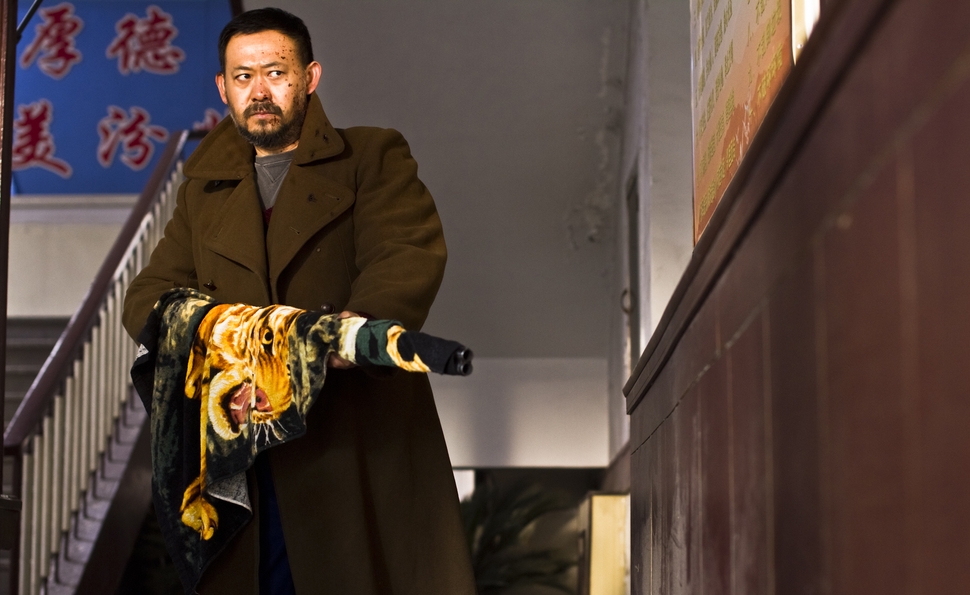 A Touch Of Sin

A Touch Of Sin has been described as a departure for Jia Zhang-ke, a revered chronicler of the changing face of China, particularly as it relates to the younger generation. And strictly speaking, that’s true: Jia has never made an anthology of interconnected stories, and has never dabbled in the bloody retribution more common to genre movies. And yet A Touch Of Sin isn’t a departure for him in the least, because his films have always found diverse approaches to an ongoing theme about the human cost of China’s economic progress. Since his 1997 debut Xiao Wu, Jia has attacked this theme from many different angles, from the epic sprawl of Platform to the on-the-fly digital video of Unknown Pleasures, and to the structural and formal innovations of recent work like the documentary-like 24 City and his fictional-nonfictional duo on the Three Gorges Dam, Still Life and Dong. There may be some shock to the violence in his new film, but there shouldn’t be surprise—it’s just another manifestation of the anger and sadness that has always been present.

Full of allusions to real-life violent incidents and mass tragedies, A Touch Of Sin is also geographically diverse, lest anyone come away believing that this hardship and discontent is limited to one region or one city in an enormous country. Shooting on a wide canvas, Jia tours through the coal-mining country of Shanxi province and the urban centers of Chongqing, Hubei, and Dongguan, which offer low-paying, dangerous, industrial jobs on one end and denigrating service labor on the other. In all cases, Jia makes clear the gulf between the haves and the have-nots, those few who benefit from economic boom and those many who are left waiting for their fair cut of the loot. The film catches them all at the breaking point, when the slow wick of their suffering has finally burned to the powder keg.

After setting the tone with a prologue that sounds like a confrontation from The Warriors—pistol-wielding man on motorbike confronts three hatchet-wielding bandits—Jia settles first in Shanxi, where Dahai (Jiang Wu), a miner, can no longer control his frustration over the village mine being sold for a windfall profit, but without the promised distribution of wealth. The townspeople, including the jet-setting beneficiary of the sale, think they know him well enough to brush off his caustic tone, but the injustice drives him to the brink. From this opening segment, Jia makes it clear that he means to be blunt, though Dahai’s catharsis plays better straight than when the director has him symbolically offer relief to a whipped horse.

The second segment has the most inscrutable central figure, but his mysteries don’t necessarily deepen it. A migrant worker returning home to Chongqing for his mother’s 70th birthday celebration, Xiao Hui (Wang Baoqiang) seems so accustomed to life away from his family that it unsettles him to be in their proximity. Though his wife gets his wire transfers, she tells him she doesn’t want his money, but her needs are lost on him. He’s a terrifying husk of a man, and the audience never gets to know who he is or who he might have been—all they know is that he’s ready to get back on the road, with a loaded pistol tucked into his jacket.

The third and fourth segments are more intimate, shifting perspective to service workers who can no longer bear to denigrate themselves. In Hubei, Xiao Yu (Zhao Tao, Jia’s wife and muse) carries on an affair with a wealthy man while logging time behind the desk at an all-night sauna where men expect to be serviced beyond her job description. When the man’s spurned wife pays her a visit, it sets off a grisly series of events. The final half-hour, in Dongguan, follows a 19-year-old (Luo Lanshan) who punches the clock in workplaces as diverse as a FoxConn-esque tech assembly line and a luxury hotel for high-priced call girls, who parade in front of men in suits wearing faux-military garb. His fate contrasts sharply with those in the previous three segments, and seems pointedly related to his youth and the dim futures of the generation he represents.

A Touch Of Sin isn’t technically an anthology film: Jia does bridge each of the four segments as subtly as he can without marking any of them as separate from the others. But he isn’t making one of those awful everything-is-connected tapestries, either, in which violence gets passed around like a infectious virus, or sets off a chain of events like the butterfly effect. Jia’s film is more about taking the country’s temperature, surveying pockets of discontent throughout a landscape where hardship and injustice has become too much for some to bear. A Touch Of Sin stumbles in the coda, which makes the themes embedded in its title too explicit, but it’s a bold, invigorating statement from a director who keeps reinventing himself.