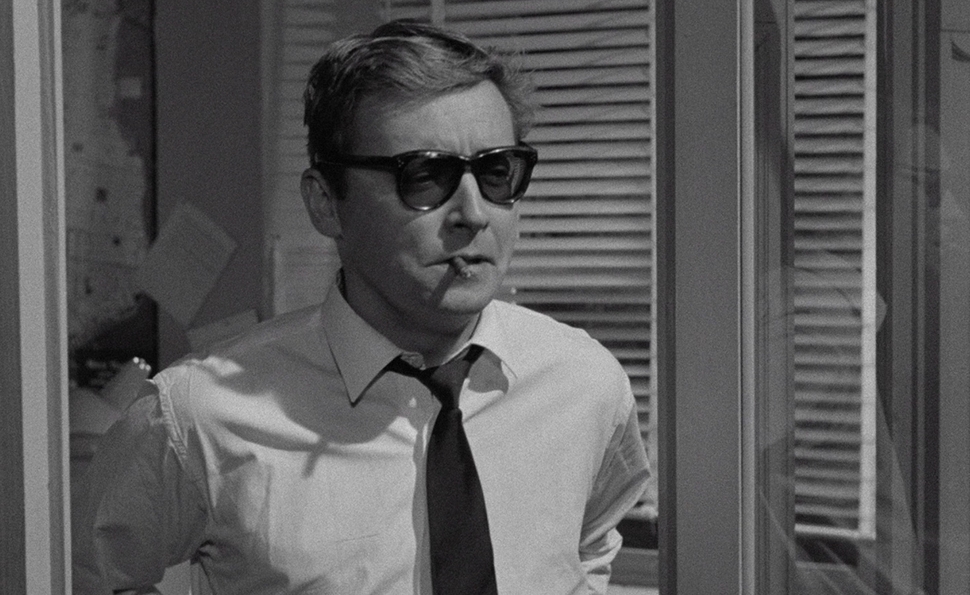 Nearly all of Jean-Pierre Melville’s 1959 noir Two Men In Manhattan takes place over one long night, as a journalist and a photographer poke through bars, diners, dance halls, and bordellos in search of a missing U.N. diplomat. Opening with Times Square in full illumination, the film matches exteriors of Manhattan with stylized interiors shot in a French studio, and the continuity between the two is both remarkable and revealing. As Jonathan Rosenbaum notes in a conversation with fellow critic Ignatiy Vishnevetsky included on the new Blu-ray reissue, Two Men In Manhattan takes place in “an America of the mind,” informed as much by Melville’s taste and experience as his impressions of the country. Throughout a career making crime pictures like Bob Le Flambeur and Le Samouraï, Melville’s involvement in the French Resistance movement—chronicled directly in 1969’s stunning Army Of Shadows—bleeds into the physical and psychological spaces of his work.

Fusing Melville’s adoration of American studio productions with film noir and his own vision of underworld rituals and codes, Two Men In Manhattan feels neither French nor American, but some beguiling combination of both. At times, it has the quality of an unabashed tourist’s picture, with prominent shots of city landmarks like Times Square and Rockefeller Plaza; at others, it’s a gin-soaked tour through a secret, nocturnal New York full of hot jazz and available women. Melville’s script churns along with the dutiful pace of a procedural, with one bread crumb leading to the next, but he mostly seems interested in leading the audience through different places rather than supplying it with twists and turns for their own sake. Maybe that explains why the film was Melville’s biggest flop, but the one twist it does pull renders the plotting deceptive in its bored simplicity.

After a docu-like introduction to the United Nations building—including an idealistic shot of three children of varying nationalities playing in front of it—Two Men In Manhattan notes that one of the delegates, Mssr. Fèvre-Berthier of France, didn’t show up for the day’s activities. When the news comes over the wire to the New York office of Agence France-Presse, AFP reporter Moreau (Melville) dutifully investigates, bringing along his friend Pierre (Pierre Grasset), a freelance photographer. Starting with Fèvre-Berthier’s secretary and continuing with his mistress Judith (Ginger Hall), a singer in a recording studio, they question people in the many all-night haunts the delegate has been known to frequent. The man’s extracurricular activities paint an unflattering picture, but what Moreau and Pierre decide to do with that picture gives Two Men In Manhattan a fascinating moral dimension.

Photographed in luminous black and white, Two Men In Manhattan sends its partners into the darkness, with only the flicker of gaslights, bar signs, and movie marquees to light their way. (The beautiful new Blu-ray transfer renders the blacks in appropriate richness.) The public spaces the journalists visit have a moody, closing-time ambience—by the end, the jazz trio at a bar outnumbers the patrons three to one. So much of the film is devoted to evocative atmosphere that the actual case at hand seems undernourished, especially when the missing man’s location is matter-of-factly revealed. But when the question shifts from what happened to Fèvre-Berthier to who should know about it, Two Men In Manhattan drifts into the gray area between truth and fiction, the needs of tabloids and the legitimate press, and how a man’s legacy is ultimately determined. For a director of Melville’s pessimism, the film comes to a surprisingly generous conclusion about human nature.

Beyond two trailers and an essay by Melville scholar Ginette Vincendeau, the main feature is that discussion between Rosenbaum and Vishnevetsky, recorded specifically for this edition. The two place Two Men In Manhattan in the broader context of Melville’s life and career, with Vishnevetsky noting a persistent moral component to the director’s work, and Rosenbaum asserting that the Resistance is the key theme underlying all his films, this one included. Rosenbaum does most of the talking, though, noting some of the differences between Melville and his French New Wave protégés, like his admiration for craftsmen like William Wyler and Robert Wise, and some great bits of trivia, like an insert shot of Jean-Luc Godard’s favorite brand of cigarettes—a full year before Godard debuted with Breathless.