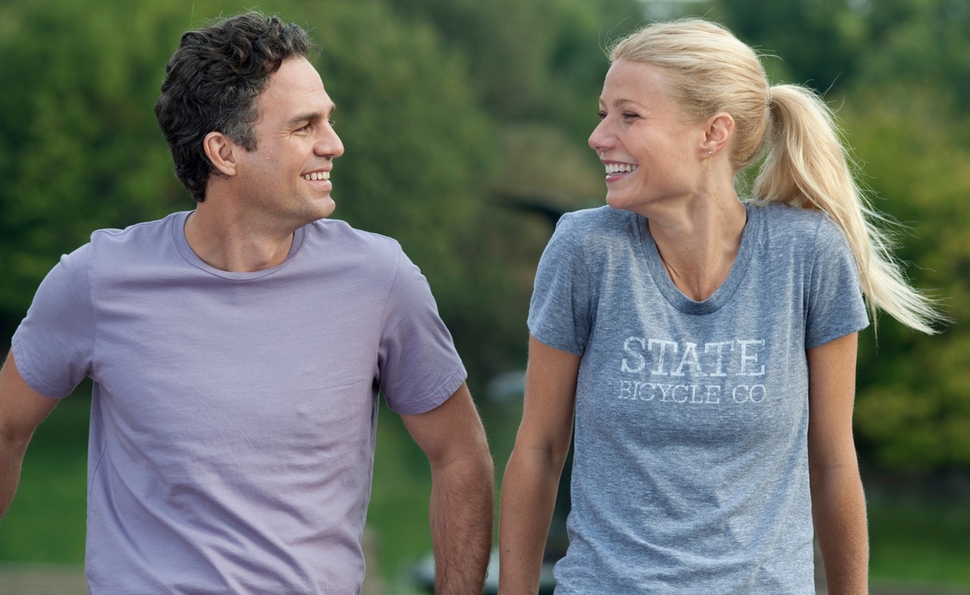 There’s a lovely moment in Thanks For Sharing when two characters kiss for the first time in a noisy New York City park, and all the background sounds fade away except the birdsong. It isn’t canned, musical, Disney-fied birdsong, either—just the scattered cheeps and calls underpinning any tree-lined space, what’s left when all the human city noises fall away. It’s no wonder the couple comes back from that moment slowly and reluctantly. It’s an instance of perfect character clarity, assisted by graceful artistic expression. It isn’t the only perfect moment in the film, but those moments are frustratingly interspersed through a much more cluttered and tonally confused narrative.

Co-writer and first-time director Stuart Blumberg (who previously co-scripted The Girl Next Door and The Kids Are All Right) has taken significant flak for the way the film switches between tones and tries to do too many things at once. But while that’s a distinct problem, it’s born of ambition. When the narrative does work, it’s admirably complicated for a small-scale indie drama about a difficult-to-navigate topic. The film simultaneously follows three regular attendees of a sex-addiction support group. Mike (Tim Robbins) is a longtime 12-step veteran and community leader. His sponsee Adam (Mark Ruffalo) has successfully found his footing after five years clean. And Neil (Josh Gad) has just started attending meetings under court orders, after being prosecuted for frottage with unwilling strangers on the NYC subway. Initially, Neil is a comic-relief character whose immaturity and self-serving lies about his success with the program—and his furtive masturbation sessions at home—are played for laughs, while Mike is a grimly serious character, and Adam is a soulful, vulnerable type making the first moves toward an adult relationship. But the film doesn’t snicker at sex, or blow it out of proportion, either. If anything, it tiptoes around sex as if it’s the 800-pound gorilla fitfully sleeping in the middle of the room. Thanks For Sharing has none of Shame’s lurid nightmare misery or graphic content, but it treats addiction gravely, pitching its approach at adults rather than adolescents.

For much of the run time, that adult calm and frankness serves Thanks For Sharing well. While Mike tries to come to terms with his grown-up son Danny (Patrick Fugit), a former narcotics addict trying to humbly make amends, while seething with resentment over Mike’s lack of compassion or trust, Neil begins an awkward but sustaining association with DeDe (Alecia Moore, a.k.a. the singer Pink), who’s kicking both sex and drug addiction. Friendship with a member of the opposite sex is new for both of them, and their constantly evolving relationship is nuanced and fascinating enough to have taken up a film on its own. And while the Mike/Danny relationship is broadly drawn, Fugit’s performance, layering raw need and sullen rancor, conveys much more than the simple dialogue.

That’s the central paradox of Thanks For Sharing: The many-threaded approach makes it feel narratively rich and sophisticated, but it also shorthands and shortchanges some of the most interesting characters. When Adam starts tentatively dating Phoebe (Gwyneth Paltrow), while protectively concealing his past from her, there isn’t enough material to make her feel like a person, or to prevent their contrivance-laden, banter-filled relationship from feeling rom-com compliant. And the climax of Adam’s plotline is an astonishingly awful piece of melodrama that derails the entire movie. Given a more leisurely pace and a less packed narrative, Blumberg might have brought it back into line with the sensitivity of the rest of the film, but in a narrative this overcrowded, he has to pay more attention to mechanical arcs than to the outsized issues his climax creates. That lovely park-bench-kiss moment sets a standard where Blumberg pares away the inessentials and focuses on the power of a single meaningful thing. The rest of the film would benefit from the same insightful approach about what is and isn’t necessary.