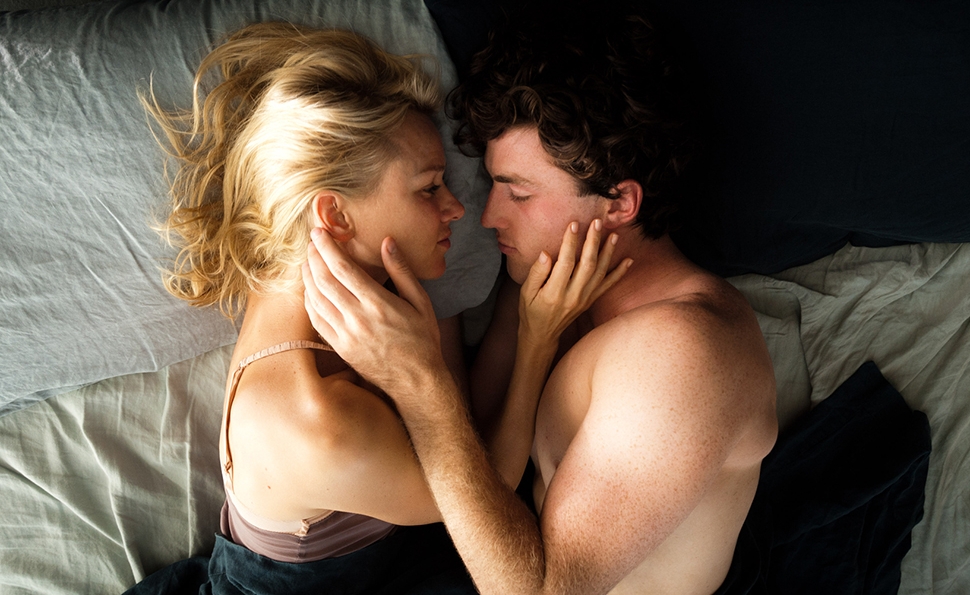 What’s in a title? Quite a lot, sometimes, to the point where viewers can track the devolution of a project just by what it’s called at various stages. Imagine a potentially salacious story about two middle-aged female friends who start sleeping with each other’s teenage sons. When Nobel laureate Doris Lessing wrote it as a novella 10 years ago, she called it “The Grandmothers,” which creates a certain perspective from page one. Anne Fontaine’s film adaptation, however, premièred at Sundance last January as Two Mothers, placing the emphasis very much elsewhere. (MILFs!) And now it’s being commercially released as Adore, a title that suggests ungovernable passion rather than time’s relentless cruelty. Given the level of sophistication at which the movie operates, they might as well have called it Motherlover, after the Lonely Island video in which Andy Samberg and Justin Timberlake sing about the exact same taboo foursome. The only significant difference is that the comedy in “Motherlover” is fully intentional.

The guffaws begin as childhood friends and next-door neighbors Lil (Naomi Watts) and Roz (Robin Wright) watch their respective sons, Ian (Xavier Samuel) and Tom (James Frecheville), surfing near their home in New South Wales. “They’re beautiful,” marvels Roz to Lil, as if neither of them had ever seen their own children before. “They’re like young gods!” Shortly thereafter, and seemingly out of nowhere (given that these families have been living side by side for years), Ian puts the moves on Roz, who capitulates after only the briefest hesitation. Their tryst is secretly observed by Tom, who promptly heads over and seduces Lil; she offers a bit more resistance, but by the next morning, they’re grinding away. Collectively, the four decide that this arrangement is perfectly fine, though it ends Roz’s marriage. (Lil is a widow.) Even years later, after Roz has insisted that they call it off, and both Ian and Tom are involved with women their own age—after they’ve become fathers themselves—the infatuation lingers.

As written by Christopher Hampton (Atonement, A Dangerous Method) and directed by Fontaine (a French filmmaker making her English-language debut), this ludicrous scenario plays neither as trashy fun nor as a heady, Eric Rohmer-esque moral fable. Instead, it straddles the two in a way that renders it merely silly, with Watts and Wright working furiously to create credible emotional behavior for characters whose actions defy human nature. People have sex with people they shouldn’t all the time, but they’re rarely so nonchalant about it; the quasi-incestuous nature of this arrangement bothers nobody onscreen, which would be fine were the performances not so scrupulously naturalistic. (Both Samuel and Frecheville were clearly chosen for their hunkiness rather than their acting ability, which doesn’t help, as it means the women are often emoting into a void.) There’s an intriguing implication that Roz and Lil are sublimating their attraction to each other into their offspring, and lip service gets paid to the subject of aging, but in the end, Adore just seems like a sun-drenched paean to a creepy alternative lifestyle.