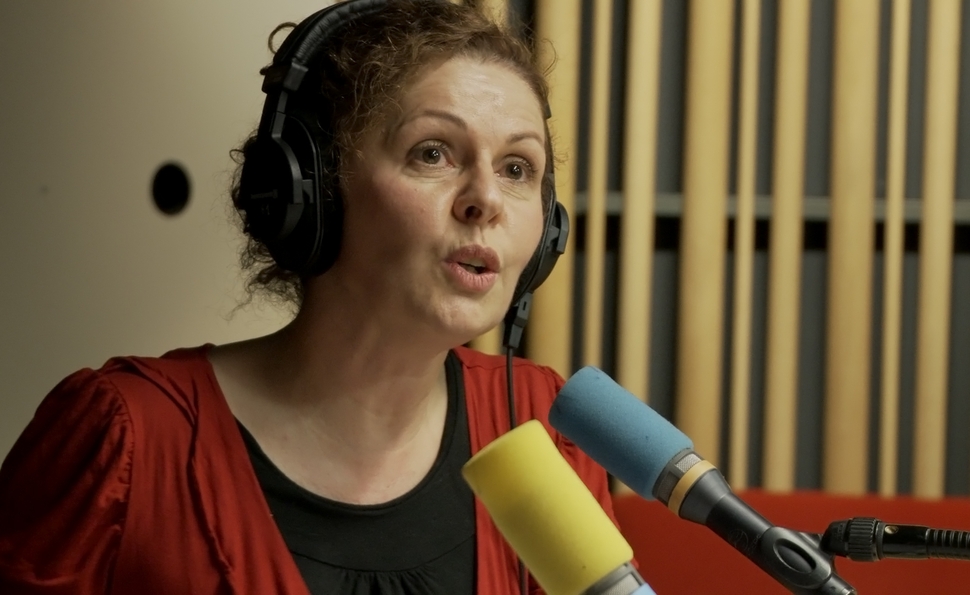 American audiences might not have the immediate connection to Nicolas Philibert’s documentary La Maison De La Radio that they would if Philibert had made a film about a day in the life of NPR, or CNN. La Maison De La Radio is about Radio France, and shows how that longstanding national institution’s team of producers, reporters, hosts, and commentators assemble news, human-interest stories, and entertainment into a polished package. For French radio listeners, this film is a behind-the-scenes glimpse at the working lives of some of the most beloved figures in broadcasting. For Americans, it’s just a documentary about a high-toned, richly resourced radio network, housed in a beautiful, Henry Bernard-designed round building on the banks of the Seine.

But Philibert is one of the best in the world at fly-on-the-wall documentaries, running second only to Frederick Wiseman. Philibert’s best-known films, In The Land Of The Deaf and To Be And To Have, take viewers to uncommon places and acclimate them scene-by-scene, so that by the time the closing credits roll, every face is familiar. Philibert indulges in some direct interviews—something Wiseman usually avoids—but his subjects talk about specific aspects of their jobs, and not so much about the history of where they work or their lives outside the office. Whatever viewers learn about the people in Philibert’s documentaries, they learn by watching them in action, not by looking at them while they sit in a chair and talk.

Then again, La Maison De La Radio’s subjects sit in chairs and talk for a living, which complicates Philibert’s approach. The film is fairly equally divided between footage of Radio France’s personnel preparing to go on the air and footage of them actually behind a microphone, interviewing people or reading copy. And though there’s a lot of variety to the programming on Radio France—from a roving Tour De France update by a reporter on a motor-scooter to an in-studio quiz show with a live audience—there’s nothing inherently riveting about a few out-of-context minutes of an actor or writer or musician or journalist filling airtime, no matter how good they may be at it.

What is riveting are the scenes of a sound-effects man setting up his equipment in the woods to record ambient noise for future stories, and the blind announcer keying her copy onto a braille machine, and the veteran producer who schools a cub on how write for an aural medium (“No one hears quotation marks on the radio,” she warns), and the staff meeting where they joke about whether they need to bring on a left-wing sociologist to discuss the popularity of Justin Bieber, and the reporter who painstakingly works on an intro by listening to the playback and trimming words. That latter sequence is Philibert at his best, using strong composition and editing to capture not just the fundamentals of the moment, but its essence. For a medium where—as one producer says—“silence isn’t allowed,” the most memorable moments in La Maison De La Radio are purely visual, as DJs hold court from behind a stack of CDs, and broadcasters bustle their way through the curved halls. Philibert allows even those who’ve never heard a second of Radio France to experience what the network is like, on both sides of the speakers.