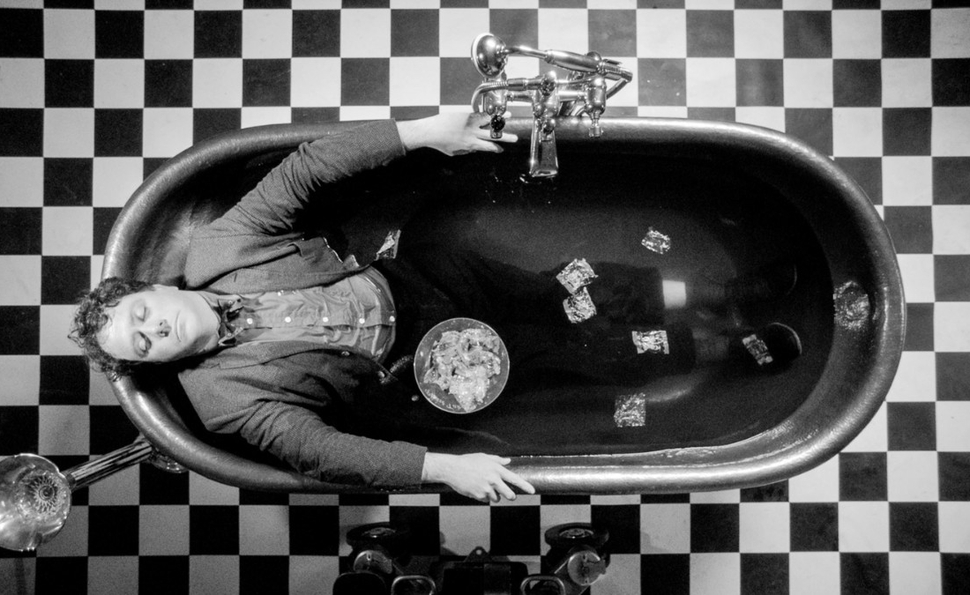 Set Fire To The Stars

At a key moment in the third act of Set Fire To The Stars, director Andy Goddard boldly pulls a Paul Thomas Anderson move. Following a heated argument between protagonists John Brinnin (Elijah Wood) and celebrated poet Dylan Thomas (Celyn Jones), Goddard flashes through a parade of the movie’s characters as they speak lines from Thomas’s poem “Love In The Asylum,” a work that gives Set Fire To The Stars its name. The surreal, fourth-wall-shattering sequence, reminiscent of the way Anderson used the Aimee Mann song “Wise Up” in 1999’s Magnolia, is, in many ways, representative of this entire film: visually striking, meticulously rendered, a tiny bit pretentious, and emotionally inscrutable.

That emotional inscrutability is ultimately what keeps Set Fire To The Stars from having the kind of impact that Goddard—making his feature directorial debut after years of working on such TV series as Torchwood and Downton Abbey—surely hopes it will. In his account of the relationship between Thomas and Brinnin, the academic who orchestrated the outspoken, alcohol-swilling scribe’s first speaking tour of the U.S. in 1950, the filmmaker hits all the expected based-on-a-true-story beats. First, Brinnin naively convinces his snooty university superiors to sanction the speaking tour. (“How much trouble can one poet be?” he asks in an early scene, guaranteeing that the answer will be a lot.) Then Thomas arrives in New York and, mad-genius-style, proves that he will not go gently into any night, good or otherwise. Then Brinnin attempts in vain to keep his charge in check, and in the process begins to understand more about the revered writer’s psyche, as well as his own need for approval. It’s all exactly as might be expected.

Except that, in terms of form, it isn’t. Goddard shrewdly shoots the movie in black and white, giving the film not only a period-appropriate shading, but also a gorgeous texture and sense of import that would have been missing in plain old color. Cinematographer Chris Seager also deserves credit for making the monochromatic seem so multi-dimensional; some of the shots of snowy New York nights feature falling flakes that jump out more effectively than the imagery in most 3-D blockbusters.

The filmmaking approach as well as the effectively understated performances by both Jones (who co-wrote the screenplay with Goddard) and Wood underscore the deeper layers in the intellectual tug-of-war between poet and poet’s keeper. The problem is that it’s hard to actually feel anything about those layers; it’s almost as if everyone involved in Set Fire To The Stars got a little too understated for their own good.

Actually, maybe the real issue is John. Wood plays him with an appropriately maintained sense of reserve, right down to the tremors in his cheek that betray the agitation boiling beneath his surface. As scripted, though, the character is so repressed and staid that both he and his interactions with Thomas often play as if they’ve been ironed into a state of excessive flatness. The audience is supposed to care about him, but it’s hard to do that since, by design, John is a man who doesn’t let anyone in or his feelings out. That becomes a problem for the movie as a whole since John essentially provides its narrative POV.

Set Fire To The Stars boasts some moments of real beauty and sly spirit, particularly a scene in which a pair of quirky writer neighbors, played by Shirley Henderson and Kevin Eldon, swap spooky stories with Brinnin and Thomas. But like the gifted Welsh rhapsodist who can’t curb his unhealthy tendencies, it also possesses some serious flaws that, in the end, become impossible to ignore.