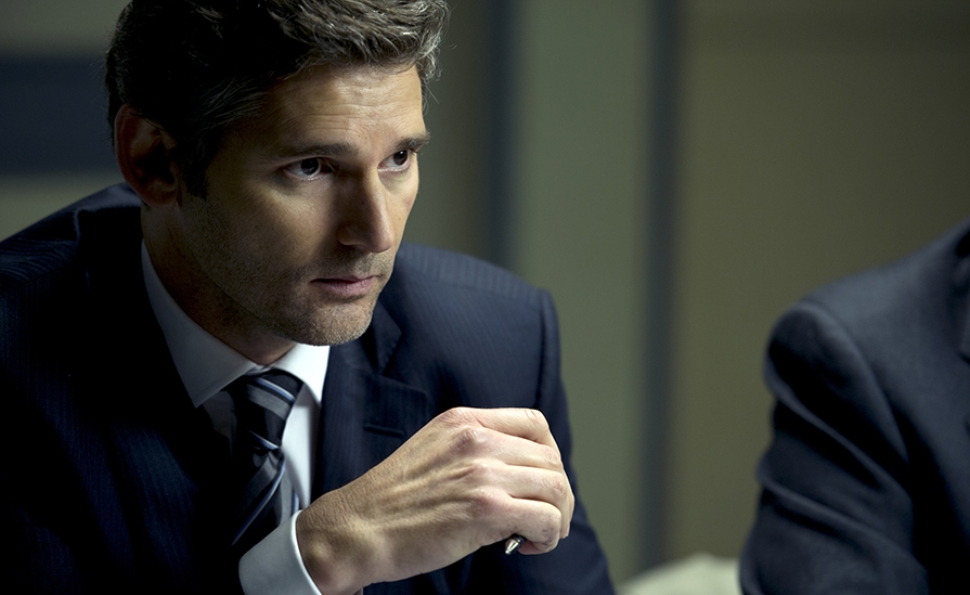 In spite of talk about transparency, government in our technology-rich age operates more like a one-way mirror than a window: Government agencies have more tools than ever for peering into people’s lives, but erect firewalls aplenty to keep people from peering back. The British thriller Closed Circuit attempts to update the post-Watergate paranoia of The Parallax View and Three Days Of The Condor for the modern-day British Secret Service, suggesting that lawless surveillance and other, more diabolical means are being perpetrated in the name of stopping terrorism. The film arrives at deeply cynical, even incendiary conclusions, yet comes about them so easily that they don’t register as alarmist—or even closely associated to the world in which we live. It’s a slickly packaged, proficient thriller first, political statement a distant, speck-on-the-horizon second.

The ripped-from-the-fake-headlines story kicks off with a London market bombing that leaves 120 dead, including the suicide bomber who drove a truckload of explosives into the square. Under great public pressure to find the ringleader responsible and bring him to justice, the authorities nab a Turkish national and commence complex, highly secretive legal proceedings against him. In cases like these, which involve classified information, the law requires that the defendant have two lawyers for separate public and closed-door sessions, and further requires that those lawyers have no personal contact whatsoever once sensitive documents come into play. But in true movie fashion, the defendant’s public-court lawyer, Martin Rose (Eric Bana), and his “special advocate” for closed-door sessions, Claudia Simmons-Howe (Rebecca Hall), are bickering former lovers. Despite their misgivings about taking the assignment—not least because the original public lawyer killed himself under mysterious circumstances—the two come to a dangerous conclusion: The arrest is part of a Secret Service cover-up.

There’s a faint A Few Good Men argument offered by Secret Service baddies who defend their shadowy tactics as being for the national good, but Closed Circuit doesn’t entertain it that seriously. As with those 1970s paranoid thrillers, it’s mostly about truth-seeking heroes whose investigation leads them to recognize how much trouble they’re courting. The revelations have a paint-by-numbers quality: Technology has changed, but the diabolical shiftiness of the powerful and unaccountable hasn’t. Director John Crowley (Boy A) and his screenwriter, Steven Knight (Eastern Promises), keep the pace brisk and diverting, and Bana and Hall have good chemistry as professionals who reinvest in each other the more they invest in the case.

Yet something’s missing in Closed Circuit. A thriller detailing the extralegal lengths a government security agency might go to protect itself should have a big impact, but it seems like mostly window-dressing here. Crowley and Knight turn the genuine disillusionment and chill of the movies they’re emulating into a reliable template for delivering the goods. There’s no conviction to the film’s worries over rogue agencies, just the cynical assumption that they’re out there, and it’s highly unlikely that anything can be done about it. Faced with an unjust world, Closed Circuit waves the white flag.