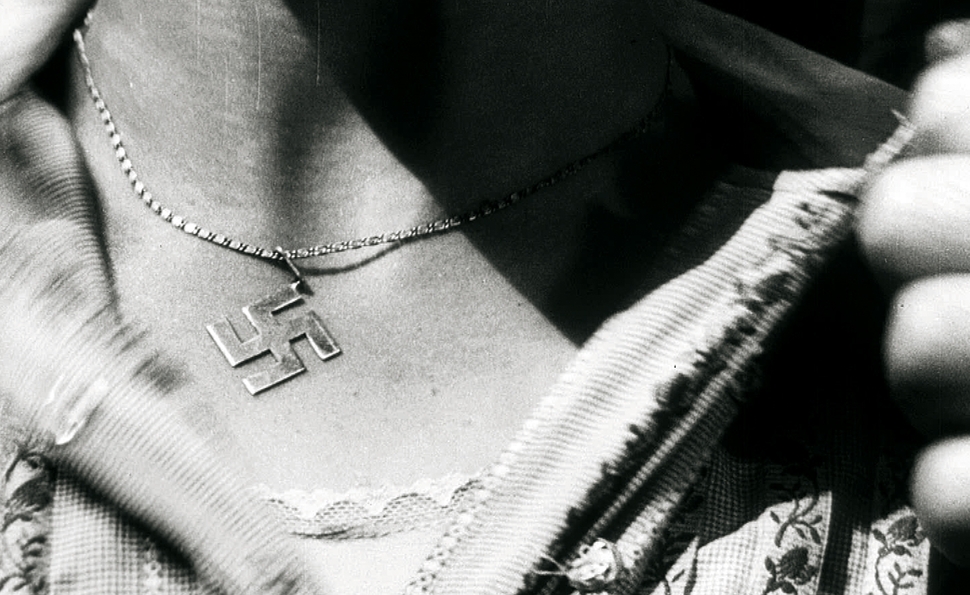 The documentary Forbidden Films opens with a familiar metaphor for cinephiles. As Felix Moeller’s camera tours a Berlin archive of 1,200 German films made between 1933 and 1945, a guide mentions that the nitro-celluloid filmstrips are highly flammable. In both the literal and figurative sense, these Nazi propaganda movies are explosive.

Moeller’s framing is a little heavy-handed (one of the movie’s only weaknesses), but his allusion is still apt. Though most of the tamer Nazi films are available in edited versions that snip out the swastikas, 40 remain banned from public consumption in Germany because their ideology has been deemed too dangerous. These 40 are the ones that interest Moeller. They have been intensely studied in academic circles, and their style has inspired filmmakers from Paul Verhoeven, whose Starship Troopers is a pitch-perfect parody of fascist military films, to Quentin Tarantino, whose Inglourious Basterds actually did explode Nazi reels. Yet today, in a grand paradox, the Third Reich’s most insidious films are both meticulously preserved—They Saved Hitler’s Movies—and locked away from view.

Anyone with an interest in the intersection between film history and world history, or in the psychological powers of narrative cinema, should see Forbidden Films. Like the addictive TV miniseries The Story Of Film, the documentary takes a bold plunge into era-specific filmmaking techniques, and uses clips from its subjects to create remarkable visual essays. The films have a proven, Joseph Goebbels-approved formula: innocent, wide-eyed Aryan heroes encounter cruelty and deception at the hands of Hitler’s enemies, and soon cheer on the ascension of the German state. But the ways the directors used high drama, top-tier production values, and victimhood narratives are, for lack of a better word, timeless; though the movie doesn’t draw this connection, the same techniques have been used in everything from North Korean films to modern evangelical pictures like God’s Not Dead.

The most notorious of the Third Reich’s oeuvre, Veit Harlan’s Jud Süß, occupies a good chunk of the film—a bit of a retread for Moeller, who also directed the 2010 documentary Harlan: In The Shadow Of Jud Süß. But that film dealt more with Harlan’s historical legacy as one of the only Nazi artists to be tried for crimes against humanity. Here, Moeller gets under the skin of the movie itself, showing how the tale of a diabolical Jew who menaces German royalty uses its 18th-century setting to mask its central bigotry in an aura of timelessness. He also attends a modern screening of the movie at a Jewish center in Berlin. “One ticket for Jud Süß,” a woman says at the box office.

The documentary’s most fascinating segments are its explorations of lesser-known propaganda, revealing the sheer breadth and scope of the Nazi film industry’s targets. Homecoming, a 1941 drama intended to justify the invasion of Poland, has the naked hubris to flip the invasion narrative: The country’s Polish majority is seen attacking and rounding up its innocent ethnic German population in camps, and a happy ending is only possible via total German control. (The Nazi propaganda machine routinely churned out features attacking all their enemies, and Moeller also shows snippets of anti-British and anti-French films.)

A segment on the film I Accuse, in which a women with multiple sclerosis begs her husband to end her suffering, is shocking in the way it collapses the chronological gap between then and now. Made to gauge public reception to the idea of euthanasia—even as Nazis secretly murdered thousands of disabled Germans behind closed doors—the film masked an insidious policy inside false compassion for its characters, and even German audiences rejected it. Yet it carries a strange resonance today as contemporary films, like Million Dollar Baby and HBO’s documentary How To Die In Oregon, have tackled the right-to-die debate by also extending compassion to terminally ill characters and subjects. In an affecting moment, Moeller shows the daughter of the movie’s director at a talkback session, unsure of how to frame her father’s legacy.

Moeller keeps finding gripping new angles into this history lesson. He attends multiple screenings of these movies, and films the subsequent discussions and crowd reactions. (One filmgoer appears to have accepted the Nazi narrative in Homecoming.) He interviews reformed neo-Nazis about the films’ abilities to influence new members of their groups, despite their outdated production values. And he returns again and again to the central question of whether keeping these movies banned from the public is a necessity, or whether cloaking them in the veil of danger only makes them more attractive in the Internet age. In the process, the film makes a surprisingly compelling case for airing stuff like Jud Süß out in the open. Like any instrument of horror, they’re easier to deal with once people understand how they work.

Forbidden Films will screen free to the public at Film Forum in NYC, May 13-19.