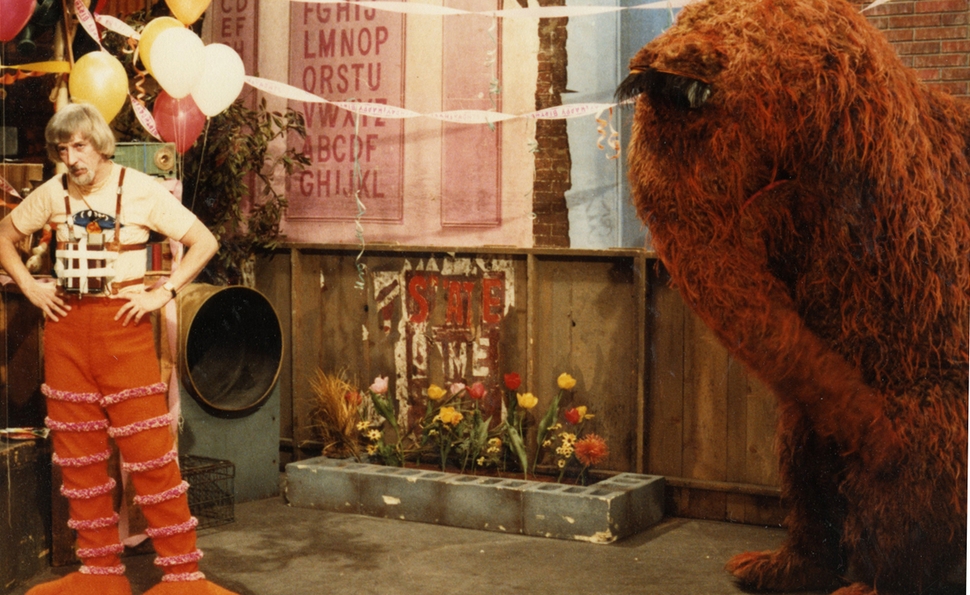 I Am Big Bird: The Caroll Spinney Story

When Big Bird first appeared on Sesame Street, the oversized, yellow-feathered innocent was initially written as “kind of a country yokel,” Caroll Spinney remembers in the documentary I Am Big Bird: The Caroll Spinney Story. But early on, the guy who has inhabited the character’s suit and soul for 45 years decided to play him differently.

“I said, you know something? I think maybe he should be a kid,” Spinney says. That idea defined the puppeteer’s approach to his big-beaked alter ego, and it also seems to be the guiding principal behind this film, a warm-hearted, generous portrait of the man who has helped generations of preschoolers understand the world through the bugged-out Muppet eyes of Sesame Street’s most recognizable resident. I Am Big Bird is essentially a documentary about how it feels, practically and emotionally, to devote an entire lifetime to being a kid.

To their credit, co-directors Dave LaMattina and Chad N. Walker aren’t so focused on uplift that they avoid peering into darker, sadder corners of Spinney’s story. (After all, their subject doesn’t only play the optimistic, web-footed creature who believes in Snuffleupagus; he’s also Oscar the Grouch.) Spinney talks about his divorce from his first wife, with whom he had three children, and how the split made him briefly contemplate suicide. He acknowledges that he, as Big Bird, almost went up with the crew of the ill-fated space shuttle Challenger, but ultimately was replaced by teacher Christa McAuliffe. The film also explores the loss Spinney experienced after the sudden death of his mentor and friend Jim Henson, complete with a clip of Spinney, in his Big Bird costume, singing “It’s Not Easy Being Green” at Henson’s memorial service. (In case you’re wondering what’s more heart-wrenching than watching Big Bird say farewell to Kermit the Frog at a funeral, the answer is: nothing. Nothing is more heart-wrenching than that.)

And because every workplace, even Sesame Street, has its share of office politics, I Am Big Bird covers the often-divisive relationship between Spinney and the show’s former director and head writer, the late Jon Stone. “Jon was yelling at [Caroll] and I went into the booth and reprimanded Jon,” Emilio Delgado, the actor who plays Luis, remembers of one particularly charged confrontation. “I mean, I could have lost my job, I don’t know. But Luis is very protective of Big Bird.”

LaMattina and Walker are protective of Big Bird, too, which is why the documentary maintains a candid but balanced perspective. When recounting the Stone saga, for example, the filmmakers make sure Spinney and his Sesame Street colleagues have the opportunity to acknowledge the positive creativity that resulted from the friction between director and puppet-master. There’s also a telling moment when Spinney’s now-grown son Benjamin admits that there were times when his father—who remains happily married to his second wife, Debra—didn’t see his kids for days or weeks at a time, due to work obligations. “When you miss him, you turn on the TV,” the younger Spinney says. “You close your eyes and Big Bird sounds just like Dad.” But before the narrative can lean into this provocative irony—that a man can be so devoted to entertaining children that sometimes, it’s hard to be present for his own—the movie pivots, focusing instead on positive memories from Benjamin and his two sisters, complete with home-movie visual aids showing time spent with their father.

I Am Big Bird breezes by a couple of opportunities to dig deeper into thornier subject matter, but those minor oversights don’t hurt the film in any significant way. This is a profile of a decent man who is permanently associated with a revered pop-cultural icon. Most people will come to a movie like this simply because they want to know how Big Bird works, which LaMattina and Walker compellingly illustrate using footage of Spinney and a helpful graphic that shows exactly how physically demanding it is to make the mega-canary walk and talk at the same time.

Viewers also may want to know how much longer Spinney, now in his 80s, can keep up with those physical demands. As noted in the film, Spinney has already tapped a successor, fellow puppeteer Matt Vogel, who has been waiting for 15 years to fully assume Big Bird responsibilities. (Currently, he serves as Spinney’s understudy.) For now, Spinney is still the Bird man, a point made poignantly via recent shots of Big Bird on the Sesame Street set, his posture now hunched because it’s harder for Spinney to keep the arm that operates his beak high in the air for long periods of time. Like all people and animals, Spinney and Big Bird are getting older. But as this sweet film shows us, the spirit of the kid inside of both remains very much alive.