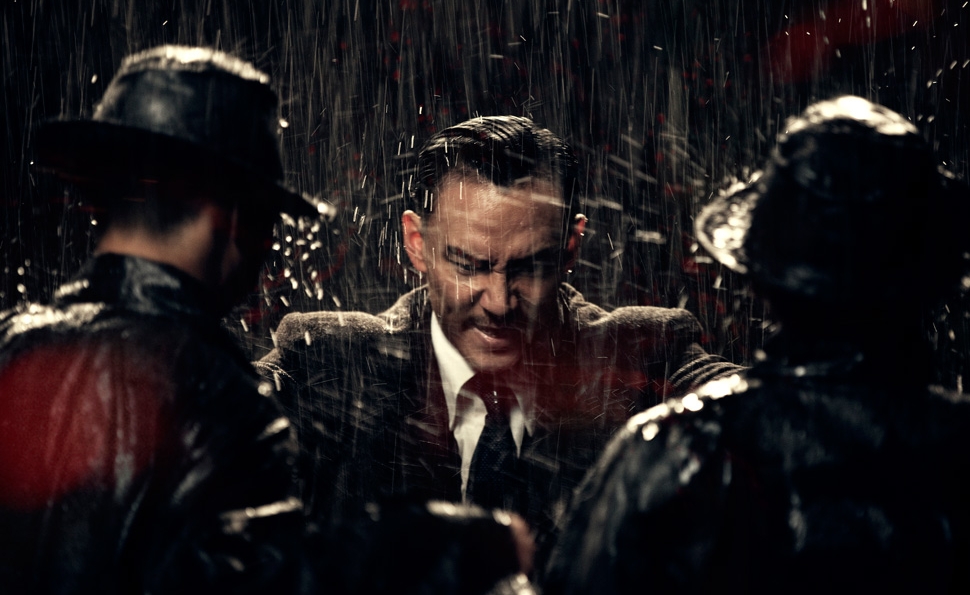 In 1994, Wong Kar-wai released two movies: the long-in-the-works martial-arts costume drama Ashes Of Time, and Chungking Express. The latter, shot on the fly during a break from editing Ashes, paired two stories set in contemporary Hong Kong. There’s no mistaking one for the other, but there’s also no mistaking either for the work of any other filmmaker. Wong tends to turn any material into Wong Kar-wai movies, moody films filled with dislocated dreamers burdened with tremendous melancholy, but also prone to moments of joy that redeem it all (or come close enough to make the suffering at least feel like it was worth it). The Grandmaster, Wong’s latest, returns him to the world of martial arts for the first time since Ashes, and it initially feels like a departure from his usual themes: It opens with a gorgeous fight scene set in the middle of a rainstorm, then puts its hero through a series of physical, rather than emotional, challenges. In time, however, Wong’s usual concerns overwhelm the film, and though his pairing of fisticuffs and longing is sometimes awkward, he surrounds the awkwardness with some of the most beautiful images in his career. In Wong’s world, beauty goes a long way.

The problem, here at least, is that it sometimes doesn’t go far enough. Wong’s longtime leading man, Tony Leung, stars as Ip Man, a real-life martial artist now most famous for having trained young Bruce Lee. (Recently, he was the subject of several films, the best-known of them starring Donnie Yen.) As The Grandmaster begins in the mid-1930s, Ip is in the prime of his life, a happily married family man with a reputation that stretches far beyond his home in the southern city of Foshan. So far, in fact, that Gong Yutian (Wang Qingxiang) the retiring grandmaster of the north, has come to pay his respects to the city’s kung-fu masters—but especially Ip—as he considers naming a grandmaster of the south in an effort to unite far-flung schools of combat. Anyone capable of bridging the gaps between these schools will have to demonstrate skill in combat, of course, but also show tremendous philosophical acumen. Soon, Ip is being tested on both fronts, but primarily in a series of fight scenes with other masters, who test the limits of his wing chun technique. 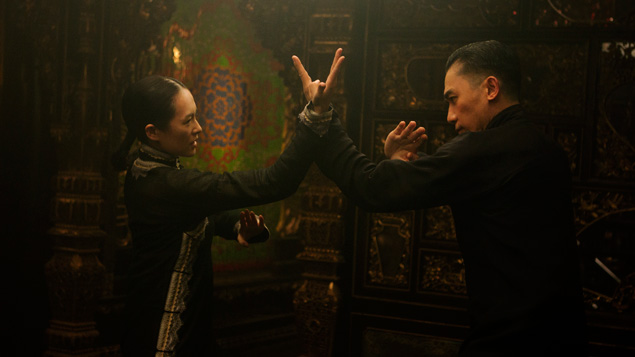 Wong’s innovations come in the action scenes, choreographed by Yuen Woo-ping, a grandmaster in his own field, best known in the West for his work in The Matrix and Crouching Tiger, Hidden Dragon. The fight scenes—which often slow down the action and direct the focus to hands and feet colliding with flesh, and bodies hitting inanimate objects—don’t spare the details. Wong spent years researching kung-fu history and interviewing its practitioners, and it shows. Beyond looking like the work of artists who know every punch and kick ever thrown, the scenes are elegant and lyrical in ways that make them the opposite of visceral. They play out like games of strategy that happen to use human bodies: as much the effort of heads and hearts as of fists and feet. Wong shoots them with the intimacy of dance scenes and the respect of someone documenting an endangered art.

Wong’s scrupulousness extends to the film’s costumes and production design as well, and perhaps consequently, the film feels like the director’s most thought-through and least improvised, not always to its benefit. Cinematographer Philippe Le Sourd makes every shot look gorgeous, but the film misses some of the spontaneity of Wong’s past collaborations with Christopher Doyle. A few touches feel like Wong-by-numbers, particularly a close-up composition in which the subjects face away from from the darkness filling the other two-thirds of the frame, a setup Wong employs repeatedly. It’s a striking way to shoot the human face, but it loses its impact after a while.

Narratively, The Grandmaster feels similarly schematic in its early stretches, following Ip as he moves from one opponent to the next. Then, after a long opening filled with civilized rituals and respectful combat, the film shifts drastically with the invasion of Japanese forces in 1937. Invited by Gong Yutian’s daughter Gong Er (Zhang Ziyi) to travel north, Ip and his family have to cancel their trip, which becomes a symbol for all the severed connections and lost opportunities brought by the war. That’s where the Wong of old comes in, the one who’s long dealt with lost worlds and characters who yearn to return to them. In In The Mood For Love, Leung and Maggie Cheung play would-be lovers kept apart by the adherence to the courtly manners of a Hong Kong that’s fading into history around them, and even Wong’s films set in 1990s Hong Kong before the handover have the feel of worlds drawing to a close. (That’s accurate: The Hong Kong of Chungking Express is now gone. A 7-Eleven has opened where the snack stand so central to its action was located.) 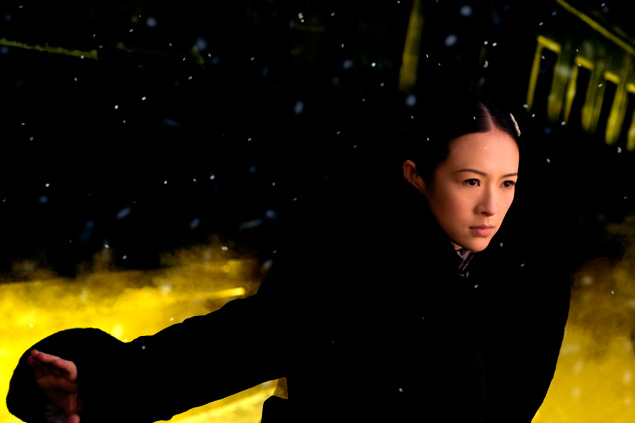 The film’s second half turns Ip and Gong Er into characters recognizable from past Wong efforts, wearing the heartbroken look of people who’ve lost a part of themselves they know they’ll never recover. Exiled in Hong Kong, they reconnect, only to find that spending time together underscores that loss—particularly for Gong. Unlike Ip, she’s lost any enthusiasm for keeping the flame of her old art alive. Both Leung and Zhang make palpable the feelings they rarely express out loud, as the changing times envelop them. The Grandmaster is languorous, lovely, and familiar to admirers of Wong’s past work. It also feels out of balance with what’s come before, even when the film doubles back for more action scenes, as Gong Er recounts her own story of betrayal.

In fact, the whole film feels out of balance, which might be partly attributable to the changes made in the cut getting a release in American theaters, reportedly a from-the-ground-up recut supervised by Wong in conjunction with the Weinstein Company. (A longer, different cut played to acclaim and financial success in Asia earlier this year.) There’s a lot of awkwardly inserted—though probably necessary—handholding here, via titles and voiceover explaining some of the intricacies of kung fu and Chinese history to audiences that are less likely to be familiar with either. But whether or not that’s a consequence of the re-editing, the film struggles to establish a rhythm. And as good as its leads are throughout, The Grandmaster gives them little room to find any depth beyond the otherworldly poise their characters show in combat, and the beautiful sadness they wear away from it. In that, they’re much like the film around them.