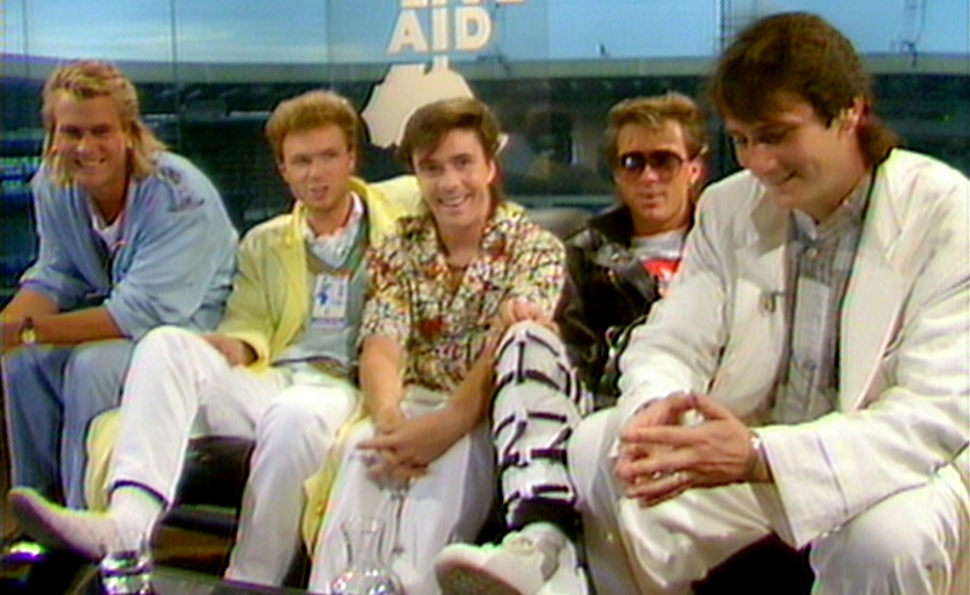 Soul Boys Of The Western World

For American pop/rock fans, the various U.K. music scenes—past and present—can be confounding. The rivalries, trend-chasing, regional differences, and complex class consciousness are all just as essential to understanding some of the songs as the melodies and performance. What seems vitally important in one culture can fly completely over the head of another.

George Hencken’s Spandau Ballet documentary Soul Boys Of The Western World effectively serves two audiences: hardcore fans hoping for rare footage and in-depth interviews, and those who really only know the song “True,” and would be surprised to learn just how popular Spandau Ballet used to be. The former won’t feel cheated. Because the band launched at the start of the MTV era, virtually every phase in its creative development happened on camera, including its earliest gigs in London. But even music lovers who have only a passing interest in the New Romantic movement Spandau Ballet helped spearhead should appreciate how Hencken focuses almost as much on what was happening in England at large between 1976 and 1990.

Specifically, Soul Boys Of The Western World puts punk rock and New Romanticism in the context of high unemployment, labor strikes, and the sense that the remains of the British Empire were sliding into dystopia. Spandau Ballet’s members were mostly working-class kids who started out playing punk together as teens in the late 1970s, more because that was what was in fashion than because of any commitment to the lifestyle or message. Desperate to become stars, they latched on to what seemed to be a burgeoning scene in London: a collective of artists and fashion designers who wore elaborate getups to a local club called The Blitz, and listened to DJs spinning a mix of disco, David Bowie, and Krautrock. The band—with Gary Kemp playing guitar and writing the songs, his brother Martin playing bass, John Keeble on drums, Steve Norman on multiple instruments, and the improbably handsome Tony Hadley handling the vocals—scrapped all their old punk numbers, adopted a new name, and came up with a musical style that blended soul, art-funk, and old-fashioned pop crooning.

From the outside, the New Romantic bands (the most famous being Duran Duran) may have looked shallow, image-conscious, and opportunistic, more interested in getting on television and wearing fancy clothes than in making lasting music. But Soul Boys Of The Western World offers a different perspective, connecting Spandau Ballet to the tradition of “dandies,” who usurped the aristocracy’s power by dressing above their station. In the old interviews featured in the film, the band members seem keenly aware of what they’re doing, and articulate about why. They talk about creating an escapist fantasy, to help ease Britons’ economic hardship. More importantly—at least for viewers being asked to spend 100 minutes with these guys—they have a sense of humor about themselves. When an interviewer asks about the rumors that Spandau Ballet takes six hours to get into costume for a gig, one quips, “If you read the instructions carefully, you can put the trousers on in about four.”

It takes a while to get used to Hencken’s choice to use only audio from his interviews with the guys, identifying who’s speaking with onscreen titles even if the footage at the time is showing somebody else. Also, because Spandau Ballet fell apart for fairly mundane reasons—declining popularity and mildly hurt feelings, as opposed to drug abuse and explosive arguments—Soul Boys Of The Western World does fizzle a bit in its final third, when the music is less catchy and less culturally vital. Watching a legal squabble over royalties is less exciting than watching Spandau Ballet rub elbows with the other superstars of its generation at Live Aid.

The advantage to Hencken’s approach, though, is that it makes Soul Boys Of The Western World play like a movie version of a printed oral history. Outside of the old footage, the only voices in the film are those of the musicians, telling their story with a minimum of self-aggrandizing puffery. These men are realistic about what they accomplished, and how. Spandau Ballet was a strategy as much as a band, using invite-only concerts, residencies in St. Tropez, lavish music videos, and philosophical television interviews to create an impression of success that it hadn’t yet earned. But as this documentary argues, that business plan was its own work of art, with the finishing stroke being “True”—an honest-to-goodness hit single with a sound as pretty as the picture.