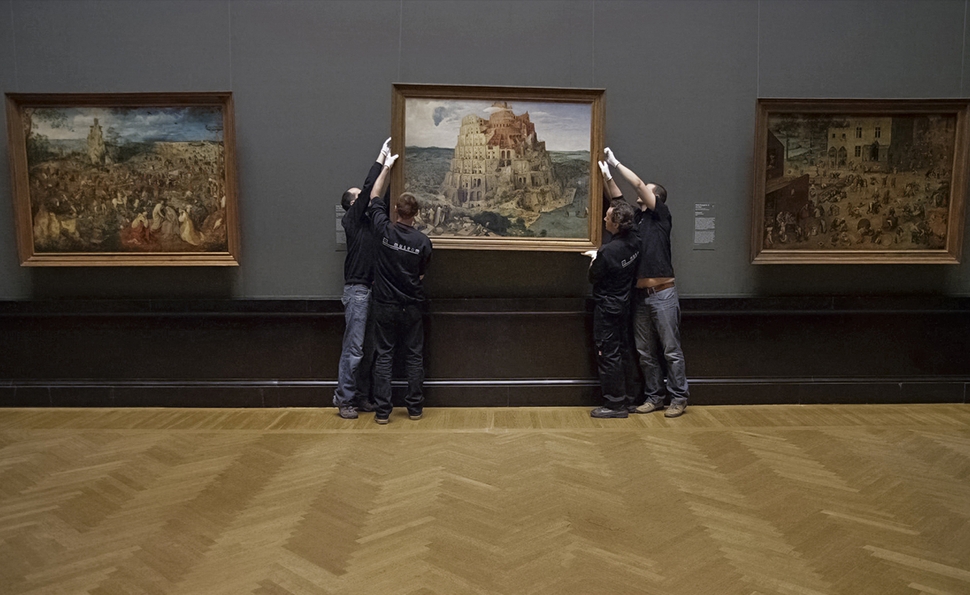 The glacially paced art documentary The Great Museum profiles the Kunsthistorisches in Vienna, one of the most revered art institutions in the world, with a level of detail that’s somehow both exhaustive and unhelpful. The film creates a kind of romantic view of the minutiae of running a museum, yet it’s barely concerned with the actual artwork housed within. Maybe this won’t matter to the audience, if they find the mere idea of a museum fascinating on its own.

It would be fun to pretend that the timing of this U.S. release is a bit of Austrian image control, since it arrives so soon after Woman In Gold, the Helen Mirren drama about art arbitration that turned the country’s cultural ministers into snarling nationalist villains. That’s probably not the case—at any rate, though it celebrates generations worth of artistic heritage, The Great Museum cares not one lick about the WWII years. But it’s hardly surprising to learn that Austrian museum executives, just like museum executives anywhere, deal with fluctuating budgets and the challenge of sustaining a mammoth institutional legacy.

Director Johannes Holzhausen is adhering closely to the Frederick Wiseman school of anthropological observation, offering little in the way of narrative framework or historical context as he observes the troubles of the Kunsthistorisches staff. He doesn’t give any information about the pieces his camera lingers over, and doesn’t even identify who key staff members are until the end credits. Instead, he finds fascination in the everyday: janitors scrubbing the floor beneath the sculptures, an employee riding his scooter through the administrative wing to pick up a printed sheet of paper, a restoration team trying to decide if spots on a painting are mere dirt or a beetle’s home. There are many wide-angle shots of the physical placing of paintings on the wall, a process that involves precise transportation and special lift equipment.

The film seems a close cousin to Wiseman’s own National Gallery, which was a three-hour examination of London’s equivalent to the Kunsthistorisches. Something about these majestic art palaces lures direct-cinema filmmakers like moths to a flame. In contrast to Wiseman’s rigorous approach, Holzhausen never holds a scene for very long, though this means he rarely lets individual moments cohere into full drama, keeping everything as surface-level as a museum tour without a guide. (The Great Museum is only 94 minutes, but it’s a long 94 minutes.)

Gradually, Holzhausen allows the shape of a narrative: the 2013 reopening of the Kunstkammer, a major wing of the museum packed with thousands of pieces and mountains of expense. He goes inside budget meetings where it’s revealed that, despite record profits, the cost of the Kunstkammer will require the Kunsthistorisches to pursue other means of revenue. Executives discuss how to sell reproductions of some famous works, while auctioning off other items from their collection. One lively sequence shows a couple at an art auction determined to land a painting; the camera keeps a tight focus on them as their hope ebbs to frustration once they’re outbid on everything. Holzhausen doesn’t show the winning parties, keeping his focus on his subjects’ flummoxed faces.

Sabine Haag, the Kunsthistorisches executive director, is a prim woman with a tight smile. She’s frequently called upon to be the institution’s grinning public face, as when the president of Austria pays a visit. Yet she remains a mystery to the film, and so do the challenges her staff faces. Everything is viewed in a bubble of high culture, with the world’s modernity and the indifference of the public (common problems in the museum landscape, and ones National Gallery wrestles with) barely approaching their doors. Perhaps by pushing dispassionate filmmaking to such extremes, Holzhausen is trying to out-Wiseman Wiseman. But such formalist daring feels exhausting when it seems to lack a point.

For a more full-bodied cinematic view of the Kunsthistorisches, seek out Jem Cohen’s 2013 fiction film Museum Hours, which shares the setting. The Great Museum is for those who already hold an strong familiarity with the Habsburg collection and its ilk, and who perhaps want to see Austrian culture get a better rap.