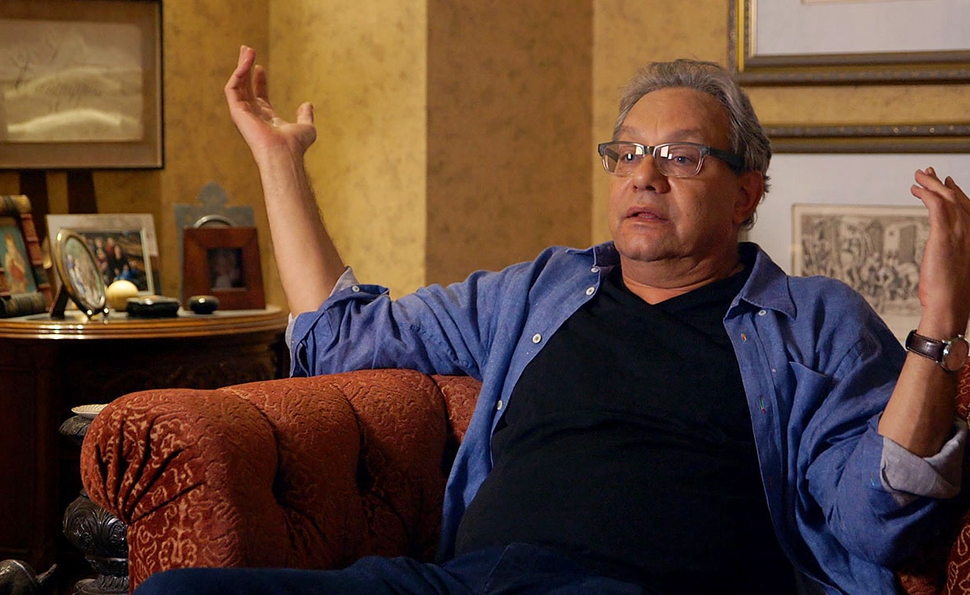 The documentary Misery Loves Comedy would have been of far more use if it had come out a decade ago. Since then, an entire mini-industry has been created out of examining the angst and negativity that fuels most comic geniuses. Mike Sacks’ books Poking A Dead Frog and And Here’s The Kicker offer great insight into some of the most brilliant comic minds of our time, and seemingly half the podcasts available on iTunes are devoted to making people laugh, like Comedy Bang Bang or The Flop House. The other half is seemingly devoted to the bottomless depths of pain and misery lurking just underneath that compulsion to write jokes, like WTF With Marc Maron and The Mental Illness Happy Hour. Maron, one of the many big-name comics interviewed for Misery Loves Comedy, has made sadness, self-loathing, and rage the cornerstones of his increasingly lucrative multimedia brand. Long gone are the days when a teenaged Judd Apatow had to pretend to be a reporter to interview some of his favorite comedians, a famous anecdote lovingly recounted in Kevin Pollak’s documentary. For people deeply invested in learning the craft of comedy and understanding the comic psyche, we are living in a golden age.

All of which makes Misery Loves Comedy a redundancy. It doesn’t help that the film has a visual aesthetic only slightly more dynamic than a taped podcast, with banter from an endless series of talking heads like Jimmy Fallon, Christopher Guest, and other luminaries, only occasionally broken up by a photograph. The film’s title feels misleading as well, since it’s more concerned with the process by which people hone their comic voices and survive the gauntlet of rejection that is show business than it is in the intersection of comedy and depression.

Pollak has assembled a lot of great comedians, as well as people who have dabbled in comedy, like Tom Hanks, who prepared to play a comedian in Punchline by performing stand-up in tiny clubs. And while these interviews are generally entertaining and playful, they lack any new insight into the comic mind. As for what William H. Macy is doing in the film, that’s anyone’s guess.

It might seem churlish to bemoan people’s happiness, but for a documentary with misery in the title and misery as its subject, this seems like an awful chipper bunch, quick with a smile and a self-deprecating wisecrack. More than anything, Misery Loves Comedy does not need to exist. The niche it aims to fill has already been occupied by people willing to go much deeper than Pollak. Perhaps because he’s been such a successful comedian for so long (he currently reigns as our preeminent Christopher Walken impersonator), Pollak seems more interested in the comedy part of the title than the misery component, and that’s where the really interesting stories lie.

It’s hard not to compare Misery Loves Comedy with WTF, both because Maron is a prominent presence here and because the film would double as a dynamite name for Maron’s podcast. If WTF at its best is a satisfying dive into the complex psyches of those who make other people happy for a living, yet are often beset by sadness themselves, then Misery Loves Comedy is more like an amusing little dip in the kiddie pool on a Sunday afternoon. It’s fun, for the most part, but you don’t get a lot out of it.