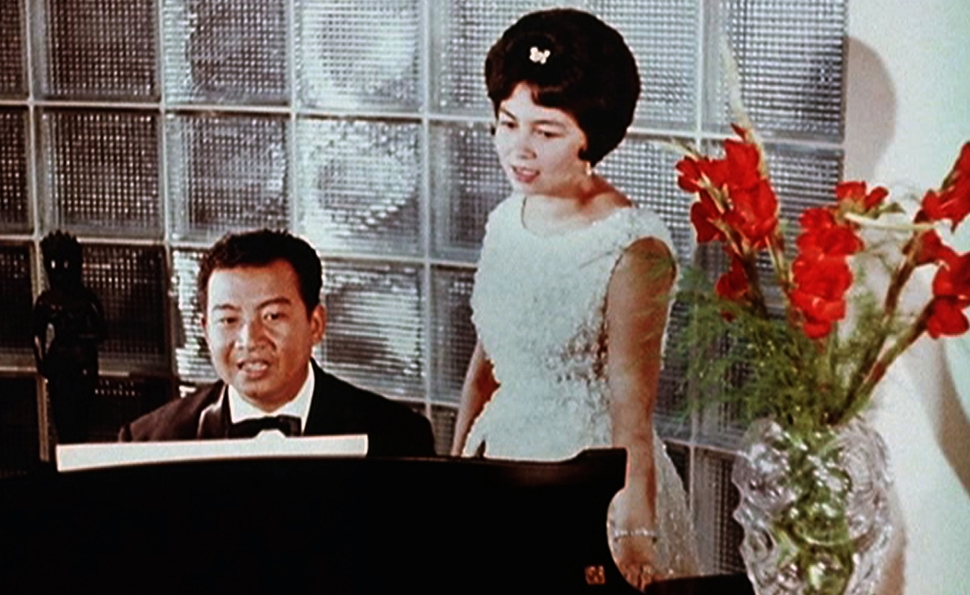 The day the music died—in Cambodia, anyway—was April 17, 1975, when Pol Pot and the Khmer Rouge took control of the country, driving everyone out of the city of Phnom Penh as part of a massive, destabilizing, and profoundly tragic attempt to shift to a Communist agricultural society. Approximately 2 million people lost their lives to starvation, forced labor, and mass genocide, including many of Cambodia’s musicians and singers, who often stood out quite conspicuously in the crowd. As Rithy Panh’s brilliant documentary The Missing Picture recently made clear, visual documentation of the country under Pol Pot is hard to come by—hence Panh’s clever use of hand-carved and painted wood figurines—but John Pirozzi discovers a treasure trove of footage and sound recordings from its near-obliterated cultural past in Don’t Think I’ve Forgotten: Cambodia’s Lost Rock And Roll. In the process, he helps reclaim a bright past clouded by one of the Cold War’s most tragic subplots.

In its weaving of musical and national history, Don’t Think I’ve Forgotten reveals how much the former owes to the latter, but the Cambodian scene was particularly chameleonic in its development. After achieving independence from France in 1953, the ruling monarchy had a passion for music that affected the rest of the country, but the influence of its colonial past still lingered. The result was an East-meets-West fusion of lush orchestration, danceable French-style pop, soaring ballads, and optimistic lyrics that hailed the beauty of love and country. Imports from France, Brazil, and Cuba led to sexy, colorful nightclub trends like the “cha-cha-cha” and the ascendence of hit-makers inspired by Johnny Hallyday; songs from American services radio brought straight-up rock ’n’ roll and electric guitars, giving birth to self-styled rebels like Yol Aularong. When the Vietnam War shook Cambodia out of its neutrality, leading first to the overthrow of its monarchy and later to the tyrannical revolutionaries of the Khmer Rouge, popular music changed dramatically and then stopped altogether.

A veteran cameraman and grip, Pirozzi worked as a camera operator and second-unit cinematographer on Matt Dillon’s Cambodia-set thriller City Of Ghosts in 2002, and his  interest in the country turned into a three-year-long investigation of its obscure music scene. Don’t Think I’ve Forgotten could stand to be a tighter, punchier assemblage of music and talking heads, but Pirozzi has gathered an impressive array of surviving musicians and family members willing to talk about the targeting of artists for propaganda and death. And the sheer range of music on offer is astonishing: The pop-infused love songs of icons like Sinn Sisamouth and Ros Serey Sothea; the hip-shaking Afro-Cuban club favorites; Aularong’s uncanny re-creation of Western rock; bilingual covers of hits like Carole King’s “You’ve Got A Friend”; and, finally, an overnight state-demanded capitulation to nationalist hooey.

Though Pirozzi doesn’t find a more eloquent solution to incorporating history than running news broadcasts and having a professor on hand as a talking head, Don’t Think I’ve Forgotten leaves the powerful impression of a music scene that took the shape of whatever cultural or political forces were imposed on it at the time. Their proximity to Vietnam led to a tragic game of tug-of-war that Pirozzi’s documentary registers acutely, because the music of the 1950s and ’60s reflects a buoyancy that isn’t popularly associated with the country. It’s not just “lost rock ’n’ roll” the film is reclaiming, but a way of life destroyed by the perversions of history.