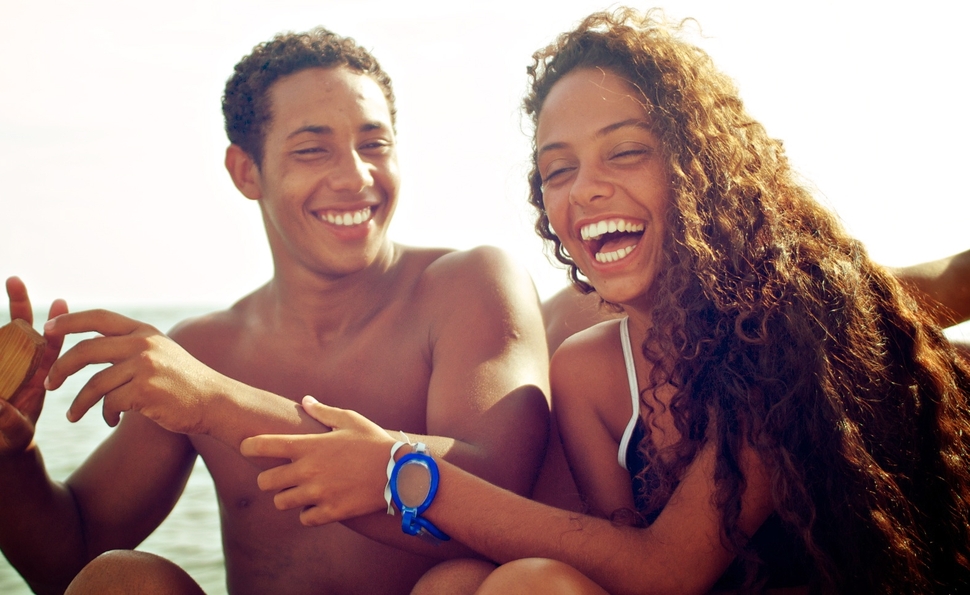 Lucy Mulloy could not have asked for better publicity for her debut feature, Una Noche, when it premièred at the 2012 Tribeca Film Festival without two of its three leads. As the movie was earning rave reviews for its depiction of three Cuban teenagers who try to defect to Miami, Cuban first-time actors Javier Núñez Florián and Anailín de la Rúa de la Torre defected to Miami.

The real-life postscript is a reminder of just how prescient the issues surrounding Mulloy’s film are. But the Spike Lee-presented Una Noche is less a sociopolitical statement than a sweaty, sexed-up coming-of-age film. Its scrappy, self-obsessed protagonists are no movement’s symbols, and would be more at home in Stand By Me than, say, Memories Of Underdevelopment.

In the crumbling structures and disintegrating opportunities of Havana, three poor teenagers plot to build a boat and cross the 90 miles to America, though they know nothing of boats and one can’t swim. Raul (Dariel Arrechaga), a boisterous kid with an insatiable sex drive, recruits his quiet, sensitive friend Elio (Florián), who remains in the closet about his long-simmering attraction toward Raul. The third player is Elio’s twin sister Lila (de la Torre), a tough young woman who takes tae kwon do classes to fend off bullies. Left out of her brother’s plans, she shadows him through the streets.

The three dart through a malnourished Havana, braving the empty shells of buildings to barter for supplies with unsavory characters. Cinematographers Trevor Forrest and Shlomo Godder make the city pop with danger and urgency, but avoid treading too deep into familiar, slummy imagery. In two sequences, one with Raul on a rooftop and another with Lila out at sea, they create a visual echo by tilting and creeping the lens until their subjects are only visible at the corner of the skewed frame, at the mercy of starkly different but equally hostile environments.

Mulloy was born in London, not Cuba, but she nevertheless mimics regime-hobbled auteurs like Iran’s Asghar Farhadi (A Separation) and China’s Yuan Zhang (Beijing Flickers) by letting her story back slowly into societal critique. The kids never launch into anti-Castro monologues, and they don’t think Miami will be the answer to all their prayers, yet they know that to stay in Cuba any longer would be hazardous to their health.

It’s a plain truth of circumstance, not a lecture. Cops, prizing the safety of tourists over that of their own citizens, canvas the streets to hunt down Raul after an altercation with a wealthy foreigner he catches with his prostitute mother. Babies sit unattended on street corners, and the universal health care Michael Moore lauded in Sicko still isn’t enough to give Raul’s mother the HIV medication she needs, forcing Raul to go through back channels. Through it all, it’s a relief to see Mulloy make time for folks who sing and dance on the streets of Havana, to present a more nuanced portrayal of life unabated.

Yet though Mulloy has a great eye for setting and theme, her grasp of character can be spotty. Lila, in particular, is wispily drawn, with a thin arc, and her close relationship to her practically mute brother (which is crucial groundwork for the film’s second half) is mostly told rather than shown. Raul’s loud presence greatly outsizes them both. It’s easy to become emotionally attached to youngsters in peril, a fact that lets Mulloy cut some corners before she sends her heroes out to sea.

After a tragic yet confusingly shot climax, the final post-credits downer feels like overkill, a screw-you to the audience for expecting any sort of wiggle room. Mulloy has said she’d like to film a sequel,  with Florián and de la Torre, though they may not ever be able to return to Cuba—or want to. But whatever happens to their fictional counterparts seems less material, now that a much more gripping story is unfolding offscreen.