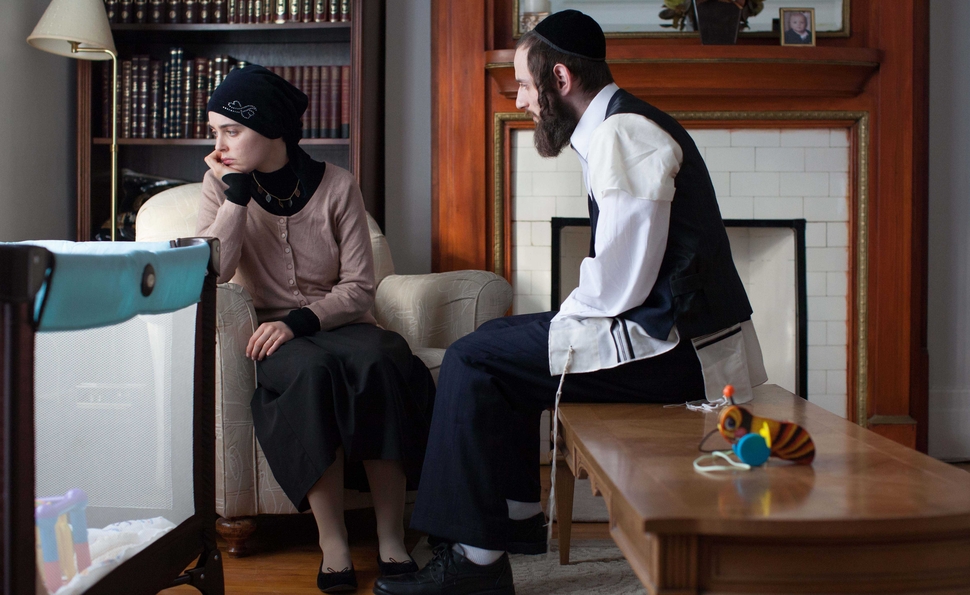 The story of an affair between a Hasidic wife and mother and a secular bachelor, the lovely Canadian romance Félix And Meira thrives on the cultural obstacles that keep the two apart. But one of its chief virtues is that it’s a film without villains. It could be argued that Meira (Hadas Yaron) suffers under repressive, patriarchal traditions that lead her to think about abandoning her husband, her community, and possibly her infant daughter. Yet director Maxime Giroux and his co-screenwriter, Alexandre Laferrière, are more interested in understanding Hasidic rituals and mores than in condemning them. They’re generous to Meira’s cuckolded husband, too, despite his heavy-handed attempts to bring his wife back in line, because he’s genuinely trying to address her needs while honoring the strictures of his religion. Sometimes desire crosses borders. It’s no one’s fault.

Such obstacles have long been the cornerstone of great screen romances—the romantic comedy suffered a creative death when the battle of the sexes ended in a draw—but Giroux locates a community that fiercely resists the encroachments of modernity. Meira and Shulem (Luzer Twersky) live modestly in a small home in Montreal, where it’s expected that Meira will mother as many children as possible and accept a subservient role that forbids her from looking men in the eye, much less pursuing any independent interests. When Shulem isn’t around, she likes to listen to R&B records and draw sketches that she hides around the house. Félix (Martin Dubreuil) takes notice of Meira sketching at a Jewish deli, but she doesn’t speak to him, and she refuses again to address him later on the streets, because she’s forbidden from talking to men outside the Hasidic community. But her secret desires, however modest, eventually lead her back to Félix, who encourages her to embrace the common luxuries of blue jeans and ping-pong, and accept him as her gateway into the secular world.

Photographed in muted interiors and under perpetually cloudy skies, Félix And Meira has the somber tone of a romance couched in painful sacrifice, but there’s also sweetness and joy in Meira slowly emerging from her shell. Here’s a woman who regularly escapes to the bathroom just to have a space that isn’t her husband’s domain, so even the smallest taste of freedom has an enormous impact. There’s no more affecting moment in the film than Meira simply looking into Félix’s eyes for the first time—just as equal beings, not yet as partners. As a filmmaker, Giroux is sometimes tasteful to a fault, as beholden to the conventions of forbidden-love stories as Shulem is to religious doctrine. And an odd sequence where Félix dresses up in Hasidic garb to infiltrate the community and look for Meira resembles a Marx brothers bit played with a straight face. But his empathy toward all three of his characters makes all the difference, giving Félix And Meira a muted, heart-rending inevitability that feels mature and emotionally credible. Sometimes people drift from their chosen paths—especially when they had no say in the choosing.