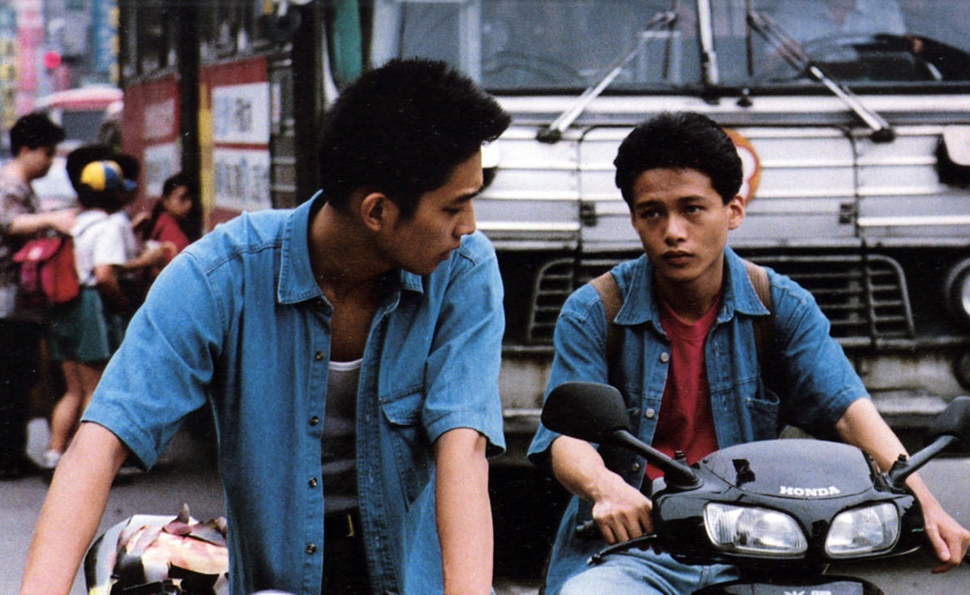 Rebels Of The Neon God

Finally making its U.S. theatrical bow 23 years after its release, Tsai Ming-liang’s 1993 debut feature Rebels Of The Neon God arrives just as Tsai, the great modern poet of urban alienation, may have brought his career to a close with Stray Dogs. A word like “timely” doesn’t quite apply, but seeing these bookends back-to-back is a revealing indicator of how far he’s advanced in two decades—and how much he’s been standing still. From the opening shot of Rebels Of The Neon God, where two poor young men slip into a phone booth during a heavy Taipei rainstorm, we’re immediately thrust into Tsai’s distinct universe, where water can either replenish or overwhelm, but is always an important motif. And there are embryonic signs, too, of the long, static master shots and deadpan comedy that would surface more forcefully later, as well as the strain of loneliness and melancholy that keeps his characters at a distance from each other. He’s not quite the assured, rigorous stylist he would become just two years later with his follow-up, Vive L’Amour, but he knows exactly where he’s going.

The two men in the phone booth are Ah Tze (Chen Chao-jung) and Ah Bing (Jen Chang-bin), petty thieves who specialize in smash-and-grab jobs on coin-operated machines. Tsai’s muse, Lee Kang-sheng, plays Hsiao Kang, a cram school student who drops out without informing his parents (played by other Tsai regulars Lu Yi-Ching and the late Tien Miao) and pockets the refunded tuition money. The film is slow to bring these three men together, but Tsai puts them on a literal collision course when Hsiao Kang goes after Ah Tze and Ah Bing for smashing the side mirror on his father’s car in a traffic dispute. When Hsiao Kang finally has his revenge, it’s the comic high point of the movie, if only for the rare emotional outburst from the famously stone-faced Lee. But Tsai isn’t in any hurry to get around to it; the film may be incident-packed by his standards, but few others’.

Though Rebels Of The Neon God is missing the austerity and discipline that would make Tsai’s master-shot style so effective—and funny—its relatively conventional approach (including a recurring musical theme!) doesn’t obscure the beautiful, enigmatic tone that’s long set him apart. The film is ostensibly a tale of revenge, but it’s really a tale of desire, with Hsiao Kang coveting Ah Tze’s life of sex, crime, and adventure as much as sticking up for a father he doesn’t care much about. What he doesn’t see is that Ah Tze is similarly desperate, living hand-to-mouth in an apartment that’s constantly belching up a half-foot of water on the floor and working criminal schemes that are high-risk and low-reward. Tsai treats these characters like lonely satellites orbiting around Taipei, the type of people who would go completely unnoticed if his camera weren’t gazing on them so sympathetically. He would refine his style over time, but in that impulse, he hasn’t changed a bit.