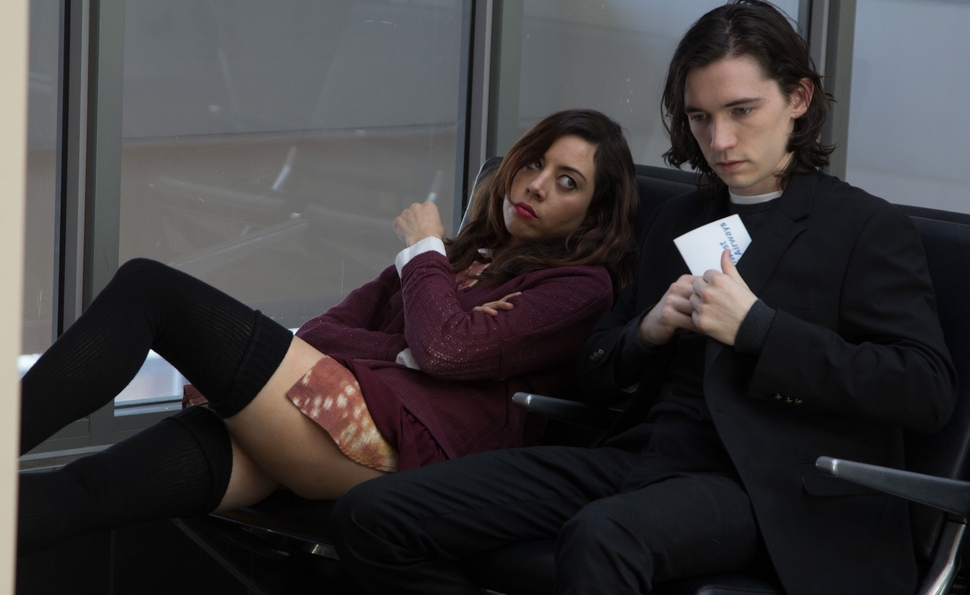 In Hal Hartley’s Ned Rifle, the final installment of the Grim trilogy that began with Henry Fool in 1997 and picked up nearly a decade later with Fay Grim in 2006, the poet Simon Grim (James Urbaniak), Fay’s brother, occupies a modest New York hotel room he rarely ever leaves. In fact, his stalker Susan Weber (Aubrey Plaza) has become a fixture in the lobby, perpetually waiting to show him her doorstop-sized dissertation on his work. When Susan finally gets to see him, Simon is so flattered by the attention that he asks whether he can do anything for her. She immediately implores him to stop publishing his blog, where he’s recently been posting terrible comedy videos in an effort to keep up with the trends, and just stick to writing poetry. “You think it’s okay for me to be unpopular?” he asks. “Oh, I think it’s necessary,” she replies.

And that is the state of Hal Hartley in 2015: a lack of interest in conforming to whatever perplexing trends are currently running through indie film, even if it dooms him to unpopularity. The culture didn’t ask for a final act to a trilogy it didn’t know was a trilogy—if it was aware of the previous films at all—but Hartley’s muse did, and the Susan Webers of the world will have something to write their dissertations about. (The fact that Susan is using Simon to get to Henry Fool is an irony we won’t acknowledge for now.) As it happens, Ned Rifle feels closer to vintage Hartley than anything since 2001’s crazily underrated flop No Such Thing knocked him into semi-obscurity, but its dogged insularity stifles the modest pleasure of hearing the director’s distinct voice and watching his old favorites slip back into familiar roles.

Nicely played by Liam Aiken, Ned Rifle has spent the last few years living with a minister (Martin Donovan) and his family while his mother Fay (Parker Posey) resides in a high-security prison for terrorist activities. Though pious and chaste, Ned opts to leave his guardians’ care on a mission to kill his hedonistic bastard of a father, Henry (Thomas Jay Ryan), whom he blames for the whole situation. When Ned arrives in New York to question his reclusive uncle Simon about Henry’s whereabouts, Susan attaches herself to him, eager for a meeting with Simon and for a chance to pursue an ulterior motive. On a tip from Simon, Ned and Susan fly to Seattle to look for Henry—a journey charged with a sexual tension that surprises and confuses him.

Say this for Ned Rifle: Aubrey Plaza was born to be a Hal Hartley player, showing more of an ease with his cutting deadpan rhythms than even a veteran like Posey. She’s also a natural femme fatale—confident and house-afire sexy, with mysteries tucked away behind dark eyeliner and misapplied ruby-red lipstick. As good as it is to have veterans like Ryan, Donovan, and Urbaniak back in the Hartleyverse, Plaza is a reminder of the virtues of moving forward. It’s no coincidence that Ned Rifle starts to lose its momentum once Henry finally comes back into the picture and old history is dredged up again. Hartley’s desire to continue writing poetry, whether there’s an audience for it or not, isn’t the problem; there are wonderful stretches in Ned Rifle when his flat, affected, hyper-literate dialogue pings just as strongly as it did in his 1990s prime. It’s just time for a new poem.