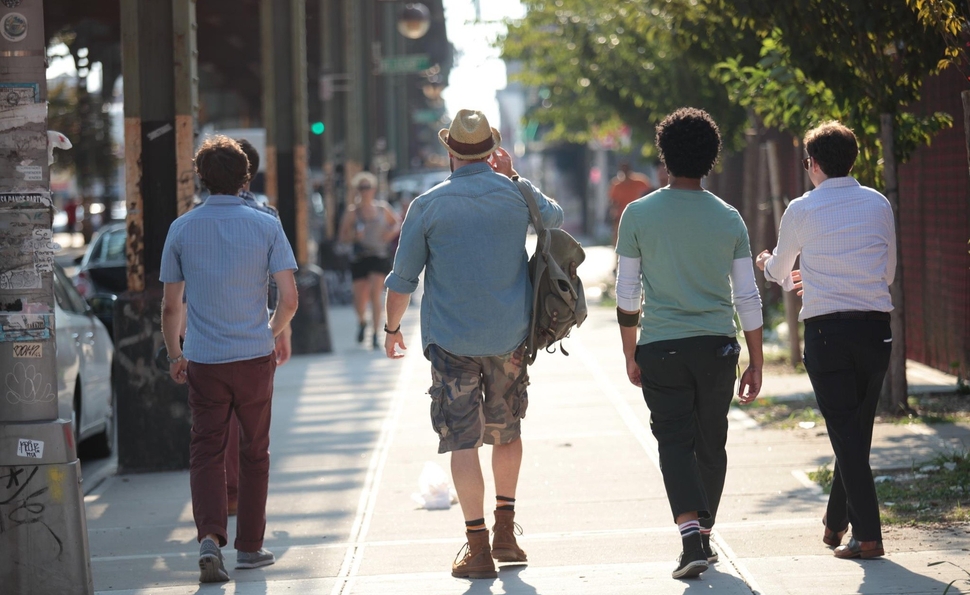 Growing Up And Other Lies

Few journeys have been as romanticized in pop culture as pilgrimages to New York City. Scores of films, books, and television series have used the Big Apple as the backdrop for stories about young strivers pulling themselves up by their bootstraps and making it in the big, bad city. If you can make it there, you can make it anywhere, Frank Sinatra told us. “Concrete jungle where dreams are made of,” Jay-Z and Alicia Keys confusingly echoed. And yet there’s another Big Apple-centric voyage that has inspired its own cultural niche: young strivers leaving New York City, and talking about it a lot.

Thank Joan Didion for the trend. Back in 1967, the beloved American author penned “Goodbye To All That,” a seminal essay about her life in New York, a mad romance that ended with her decamping for the West Coast. (That piece inspired a 2013 essay collection, which co-opted both the title and the theme, featuring 28 writers talking about NYC and why so many of them chose to leave it.) The irony is, Didion eventually came back. People love moving to New York City, but man, do they really love leaving it, and talking about it a lot.

That’s the idea behind Darren Grodsky and Danny Jacobs’ Growing Up And Other Lies, which follows a soon-to-be-former-Manhattanite on his last hours in a city that chewed him up and spat him right out. Artist Jake (Josh Lawson) is leaving New York City after a mostly bad run—a wrenching breakup, a flaccid career, an ill parent—to return to the comforts of Ohio. Before he leaves, however, he has one request: that his three best pals re-create an epic 260-block walk down the length of Manhattan on his last day in the city. Their trip starts with one of their party vomiting over a bridge. It doesn’t get much better from there.

The film initially hints at sweetness and whimsy, deploying a series of Wes Anderson-esque maps and notes to guide the guys’ tour down the island, but it soon becomes clear that no one is going to have a good time on this adventure, if only because Grodsky and Jacobs’ characters prove so fundamentally unlikable. Within the film’s first 10 minutes, the foursome displays an inability to interact with other members of the public, a lack of respect for private property, a tendency to engage in petty crime, and a general sense that they all hate each other. And that’s only the beginning. Jake is a windbag, Gunderson (Wyatt Cenac) is an asshole, Billy (Jacobs) is a wimp, and Rocks (Adam Brody) appears to be mostly confused as to why he’s still friends with these people. And the audience is stuck with them for the next 90 minutes.

The chemistry between the group never materializes, a perhaps-intentional nod to the fact that their bonds have fractured since their early days in the city, though it’s more likely a product of thin writing and bad casting. The foursome ambles south, engaging in debates over increasingly bizarre hypothetical problems, visiting their old shared apartment (which is huge, though all four marvel at how small it is), and arguing over old grievances. Most of the film’s drama is relatively low-stakes, including continued threats of the boys having to go to work, vague girl drama, and an undercooked subplot involving a well-established artist ruining Jake’s work. Although the film is supposedly about movement, Growing Up And Other Lies frequently stalls out, and whole patches of it grind on without momentum or purpose.

In spite of their crumbling friendships, the boys are eager to make Jake stay in the city, and he’s only too happy to play up his own confusion over his final choice. (Why anyone would want to stay friends with someone who screams, “I’ve got an existential crisis afoot!” in a pizzeria is perhaps the film’s biggest mystery.) As the group is increasingly waylaid on the journey, zigzagging across the city and adding still more blocks to travel (and more time to burn through), it seems impossible for the foursome to reach the end of their quest in one piece. Jake is conflicted about leaving, but by the end of Growing Up And Other Lies, the best path, for him and the audience, is obvious: leave, leave now, if only to get away from these horrible people, and the city that unwittingly forced them together in the first place.

GoWatchIt: Buy. Rent. Stream Growing Up And Other Lies