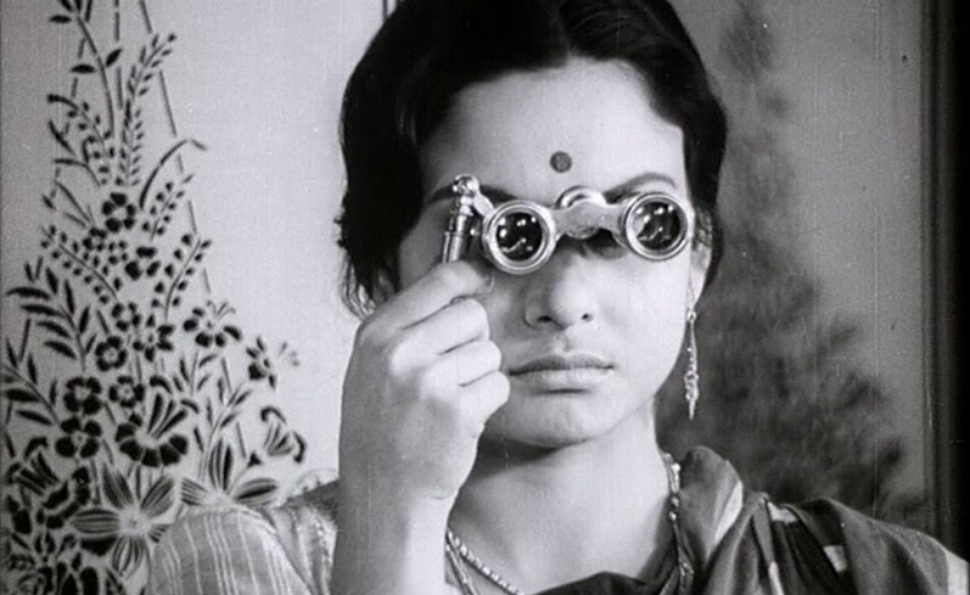 Satyajit Ray garnered international acclaim when his first credited film, Pather Panchali, was released in 1955, after Ray spent three years in a small village outside Calcutta working with with a mostly amateur cast to adapt Bibhutibhushan Bandyopadhyay’s beloved novel. Because Indian cinema—and India itself—was something of a mystery to the West when Pather Panchali came out, Ray was mistakenly viewed by some as a peasant savant, describing his own life. He was actually a city-dweller, from a family active in the arts and academia, and didn’t know much about country living until he became enchanted by Bandyopadhyay’s book while working as a graphic designer at a publishing house. But one of Ray’s great gifts as a filmmaker was his universality. He could make stories set among the rich and the poor, the rural and the urban, and the past and the present all equally easy for any viewer to grasp, because Ray expressed such strong empathy for whatever his protagonists were going through. 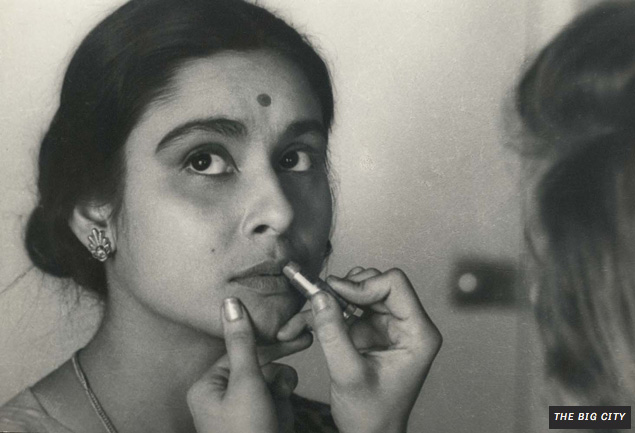 The Big City arrived in 1963, eight years after Pather Panchali, and was Ray’s 10th feature film overall, but the first to explore a contemporary urban setting. Even here, Ray stayed away from making a film about people exactly like himself. Based on a Narendranath Mitra short story, The Big City is set in a multi-family household struggling to make ends meet, and follows what happens when housewife Arati (Madhabi Mukherjee) takes a job selling automated knitting machines to wealthy women. There are two parallel stories in play with Arati. At work, she learns about the complexity of office politics, and befriends an Anglo-Indian co-worker named Edith (Vicky Redwood), who introduces her to a more liberated, fashionable kind of womanhood—the kind that irritates their stern boss. Meanwhile, at home, her pragmatic husband Subrata (Anil Chatterjee) struggles with what the decision to let her work says about him as a man, while both spouses fret that Subrata’s conservative father will never speak to them again.

Ray has difficulty resolving these two storylines, and The Big City settles for a conventionally melodramatic ending that ducks a lot of the serious questions the film raises about a culture in transition. But the broader strokes of the last act are only disappointing because so much before that is subtle and true. Ray uses a technique in The Big City that he went to often in his films, interjecting brief moments of dizzying subjective camerawork to show how his characters have become unmoored at the major moments in their lives. And as is Ray’s hallmark, there’s a startling intimacy in the scenes between Arati and Subrata, as they talk naturally and realistically about how they’re struggling with this change. (In one heartrending scene, Subrata says he doesn’t recognize the newly self-reliant Arati, and she leans close into his face with a thin smile, playfully and seductively asking whether she’s really that much of a stranger.)

Mostly, The Big City is impressive for how Ray makes his observations about Arati’s lot in life without saying anything directly. Arati can’t even bring a meal to her father-in-law in her own home without covering her head first, but as a working woman, she tries on lipstick for the first time, and walks unaccompanied in the streets and into the homes of people she doesn’t know. It’s such a simple thing, this independence. 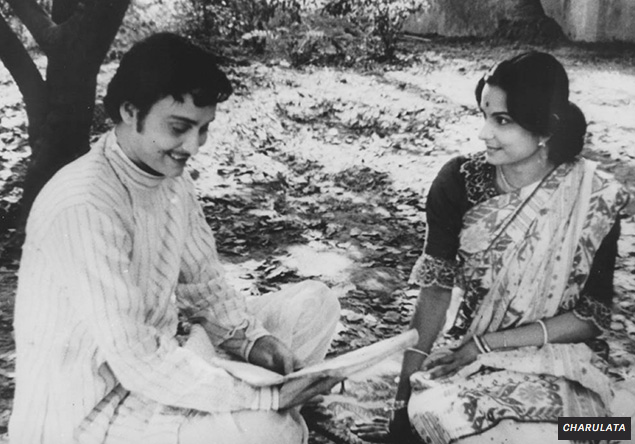 Ray followed up The Big City with a film he considered his personal favorite, 1964’s Charulata—based on the novella “The Broken Nest” by one of India’s greatest writers and a longtime Ray-family benefactor, the Nobel Prize-winning Rabindranath Tagore. Mukherjee stars as Charu, a rich wife who develops romantic feelings for her husband’s cousin Amal (Soumitra Chatterjee) when he comes for a visit and helps her with her writing. Charulata is set in the late 19th century, and plotwise, it resembles some of the classic British and American novels of that period in the way it scrutinizes the social rules of the upper classes and considers how those rules unnaturally stifle human emotion. But as with The Big City, the dialogue scenes are unaffected, and almost modern in their casualness. The characters aren’t as honest as they are in The Big City, but they do come across like real people, not literary constructs.

The reason Charulata is often talked about as one of Ray’s best, though, is that so much of the story is told through images alone. In addition to the occasional subjective sequences—the most famous being a lovely shot of Charu rocking back and forth on a swing—the film carefully, quietly establishes the parameters of the heroine’s world, following her from bedroom to hallway to garden, and watching her as she watches others through her opera glasses. She’s a charming woman, and the two men in her life are both decent sorts—even her husband, who is ignorant of her emotional needs primarily because he’s working day and night to make a better India through the newspaper he runs—which is what makes the romantic triangle she falls into all the more difficult. But through the way Ray frames and tracks her, it’s evident that a big part of Charu’s dilemma is that she’s never had that many choices to begin with.

Both these Criterion Blu-rays come loaded with interviews: new ones with Madhabi Mukherjee and Soumitra Chatterjee; vintage ones with Ray; multiple ones with academics and historians who speak to Ray’s depiction of women and class. The impression of Ray in these interviews is of a kind-hearted, curious, studious man. (“He was magnanimous as the sky, and serious as a mountain,” Mukherjee says.) But Ray gives a somewhat different impression of himself—or at least of someone like himself—in the most significant extra, the 1965 film The Coward. A 70-minute chamber drama (available on the Big City disc), The Coward follows a screenwriter named “Roy” (Chatterjee) who has a surprise encounter with a woman he once jilted (Mukherjee) when his car breaks down in the country. In the film, Ray shows far more sympathy to the farmer’s wife than to the fairly condescending filmmaker, because Ray often saw the world most clearly through eyes other than his own.