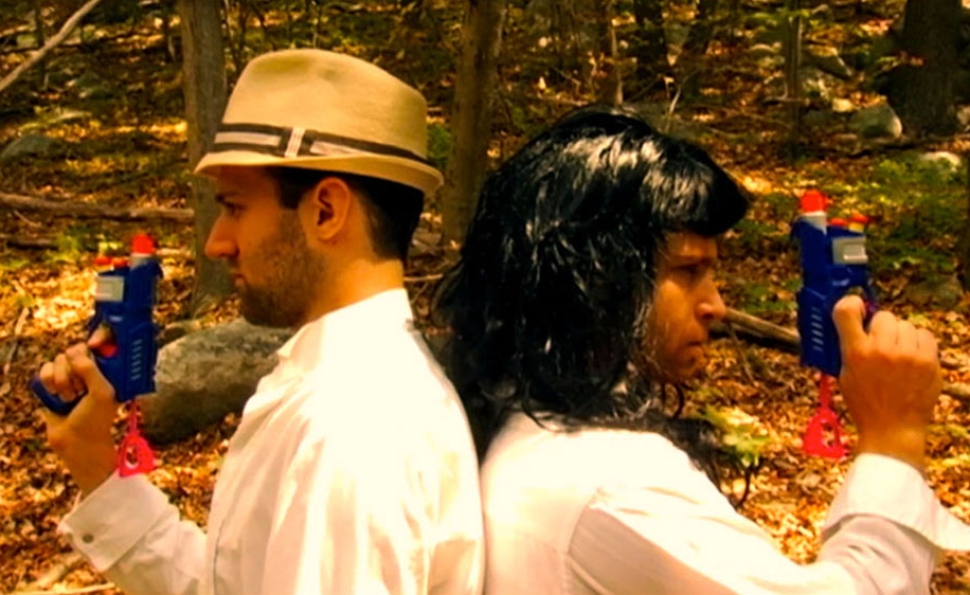 The summer-camp reunion comedy The Weekend is as shoestring a production as they come. Director Brian Avers, an actor helming his debut feature (he’s had roles on Medium and NCIS), shot on digital video on a single location, over the course of a single weekend. The script is largely improvised by the cast (Avers takes only a “story by” credit), and microphones are audible in gusts of wind. With essentially nothing to lose, Avers and company hit a note of playful confidence. The Weekend has a vibe of real-life controlled chaos, the sort that comes when those who have just begun to call themselves “adults” take over a small domain. It’s an enjoyable, though light, glimpse at a social circle years after its forging. Some members drift toward the edge while others cling to the center like a lifeline, and newcomers stand in befuddlement just outside, wondering whether to jump in or run away.

In the center is Cola (Carson Elrod), a forever-young fellow who remembers all the old stories. Cola has rented a house not far from his old summer camp and invited his former campmates for the weekend, though first he reconnects rather physically with Lulu (Julie Sharbutt), an ebullient schoolteacher with a winning smile. Ten others join them at the house soon enough—though not in bed—and together they play games, spat, and reminisce on the occasion of one couple’s impending nuptials.

Though the ensemble is giant for a film this small, a good third of the actors serve only cursory roles: An obnoxious knockout of a next-door neighbor (Heather Lind of Boardwalk Empire) shows up to drive the requisite wedge into Cola and Lulu’s sunny affair. Of another character, we learn only that she is married and would prefer to not be. Such underdevelopment is exacerbated by Avers’ reliance on flirtations and hook-ups for narrative momentum, instead of attempting to dig into who his characters are or where their lives diverged.

These types of hiccups come with the territory for any ensemble film, especially one as deliberately loose as this. Yet the thin bits of The Weekend are even more of a shame next to the movie’s many genuinely disarming, clever moments. The filmmakers were perceptive enough of camp life to incorporate both a sing-along and a dirty parody of that sing-along, and there’s a funny early bit involving a Nerf-gun duel. The cast also turns out some rather strong performances, particularly Stacey Yen as a depressed children’s-book illustrator, Jeremy Rishe as a lonely recent divorcée, and Elrod and Sharbutt, who have sweet chemistry together. 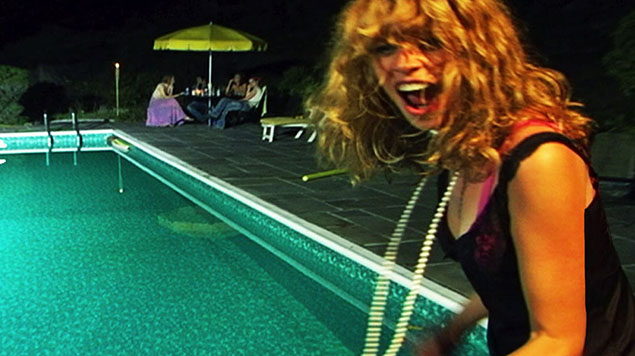 It’s clear Avers feels a kinship with John Sayles’ Return Of The Secaucus Seven and Lawrence Kasdan’s The Big Chill, films that smashed Boomer idealism against the brick wall of lost promise. But the big kids behind The Weekend, though they’re not much younger than the Secaucus Seven were in 1980, don’t have the same level of insight to share, perhaps because they don’t place the decisions and relationships that shaped their lives into a larger generational context. As such, their nostalgia has a short half-life. The catalyst that brought the Big Chill gang together—death—is not a part of the carefree Camp Tawunga Pines itinerary; nor do the campers feel the angst the Seven did when they became part of the organized, law-abiding system they once tried to fight. For better or worse, the climactic ’90s-themed party in The Weekend is just a ’90s party. Playing air guitar with friends in silly costumes is fun for a little while, but sooner or later it’s time to vacate the premises.