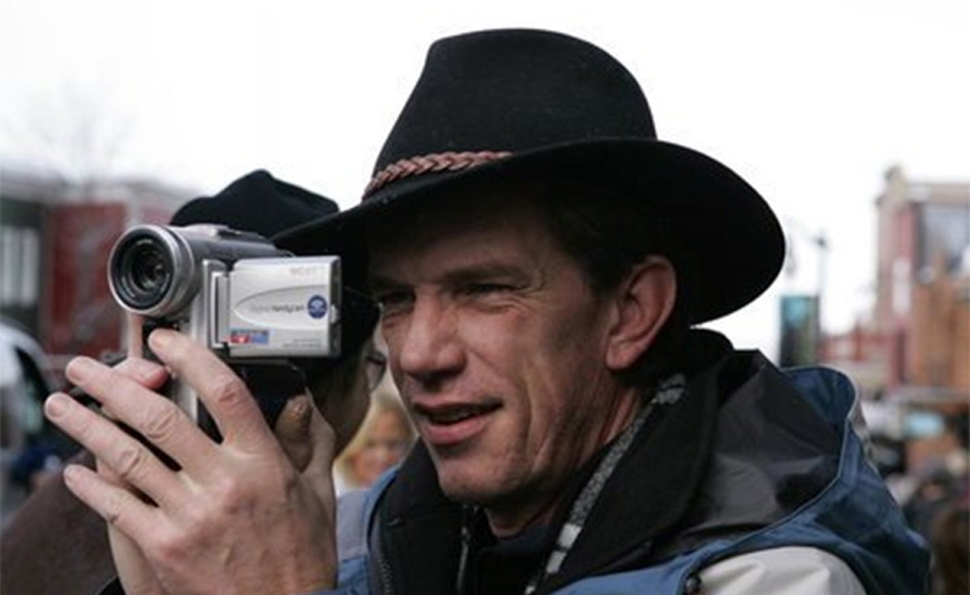 For years, Rick Kirkham hosted a segment called “Inside Adventure” on Inside Edition, about the world of adrenaline junkies and thrill seekers. Kirkham looked the part of the dashing, globe-trotting journalist—handsome and macho in a slightly cheesy, blow-dried manner—and acted the part as well: cocky, affable, and self-assured. He was made for the medium and vice versa. Kirkham didn’t just want the attention and validation television cameras afforded him, he needed it. He became so addicted to being on camera that he began videotaping himself seemingly all the time, even when the footage he was shooting incriminated him morally and legally. Kirkham was diligent about taping himself and, more problematically, his family, as they were bottoming out. For Kirkham, videotaping became a compulsion, and a regrettable but fascinating symptom of the toxic self-absorption that proved nearly as dangerous and detrimental to Kirkham as the cocaine and alcohol addiction that cost him his career and nearly his life.

The harrowing documentary TV Junkie, a 2006 film now seeing the light of day on video-on-demand, pieces together the wreckage of Kirkham’s life and career exclusively through carefully edited selections from the hundreds of hours of Kirkham-shot footage at the filmmakers’ disposal. TV Junkie feels less like a conventional documentary than a videotaped confession from a man staring down a bleak personal abyss, an audio-visual memoir of a husband and father on the brink of obliteration.

The film opens with Kirkham riding high. His career as a correspondent affords him a life of wealth and privilege, and the impending birth of his first child promises to add a new dimension to his glamorous existence. But there’s a dark side to Kirkham’s rapacious hunger for experience and sensation. Early in the film, we see brief clips of Kirkham having sex with various women during a European vacation. The filmmakers don’t provide context, and it’s unclear whether the women are prostitutes or one-night stands, or if they acquiesced to being filmed or were taped without their knowledge. But it is apparent that Kirkham is distressingly fearless about transgressing taboos with a video camera in hand, or strategically placed in hotel rooms. 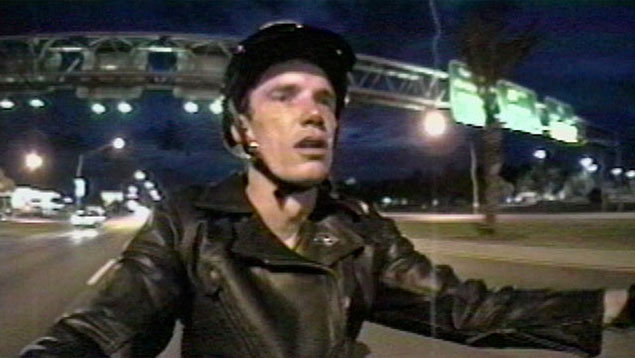 This extends to Kirkham taping himself as he sneaks off from family functions to embark on crack binges. With his family, Kirkham can often seem phony and preening, as if he’s merely playing the role of the loving family man and committed father without much conviction. There’s an emptiness behind his smile; he may physically be with his family, but his mind is clearly somewhere else, planning the next binge. When Kirkham sits in front of the camera in a grubby, purposefully anonymous room with vials of crack and talks about the agony of addiction and the pain of leading a double life, however, he seems bracingly, compellingly, and tragically authentic. He speaks about his addiction with a sense of conviction that’s lacking from his upbeat banter about the joys of being a dad and a husband.

TV Junkie follows Kirkham as he unsteadily and unsuccessfully alternates between separate lives: There’s the daytime world where he’s a doting husband and father and a hotshot reporter, and a nighttime world where he’s a lost and shattered man, ruled by his compulsions and powerless to stop them. Time and again, Kirkham will get clean and vow to become the man his family wants and needs him to be, only to relapse and find himself bottoming out. His wife wants to believe the best of her husband and is deeply invested in him. As their relationship devolves, the scenes of Kirkland interacting with his family become as queasily voyeuristic and uncomfortable as the scenes of Kirkland preparing to smoke crack, or lingering in regret and shame following another lost night.

Early in the film, Kirkham says he’s taping himself in the grungy depths of addiction in attempt to learn something about himself, as a strange form of self-therapy. There may be some truth to that assertion, but Kirkham’s compulsive need to tape himself doing things that rightfully fill him with shame also feels like a symptom of his poisonous narcissism. Self-hatred is another form of self-absorption, another way of ensuring that the focus remains on the self. In TV Junkie, Kirkham’s need to expose every aspect of his life to the camera veers into masochism; he’s intent on keeping the camera and the focus on himself, even when he’s bottoming out.

TV Junkie’s strength lies in its brutal, unfiltered rawness and intensity. As an assemblage of uncomfortably intimate footage, it’s utterly compelling and memorable. Unfortunately, every attempt to transform this fascinating mess of raw footage into a proper documentary rings false. The bland acoustic guitar score detracts from the emotion of scenes it’s meant to augment; the opening title cards introducing Kirkham as a TV-obsessed boy whose perfect childhood went awry when his parents split up comes off hopelessly corny and cliched; and the film’s ending feels abrupt and unsatisfying. Yet there’s no denying the film’s brutal power all the same. It’s an appropriately addictive exploration of a man ruled by his compulsions that dares audiences to look away, knowing it’s damn near impossible to resist the horrifying personal and professional implosion onscreen.