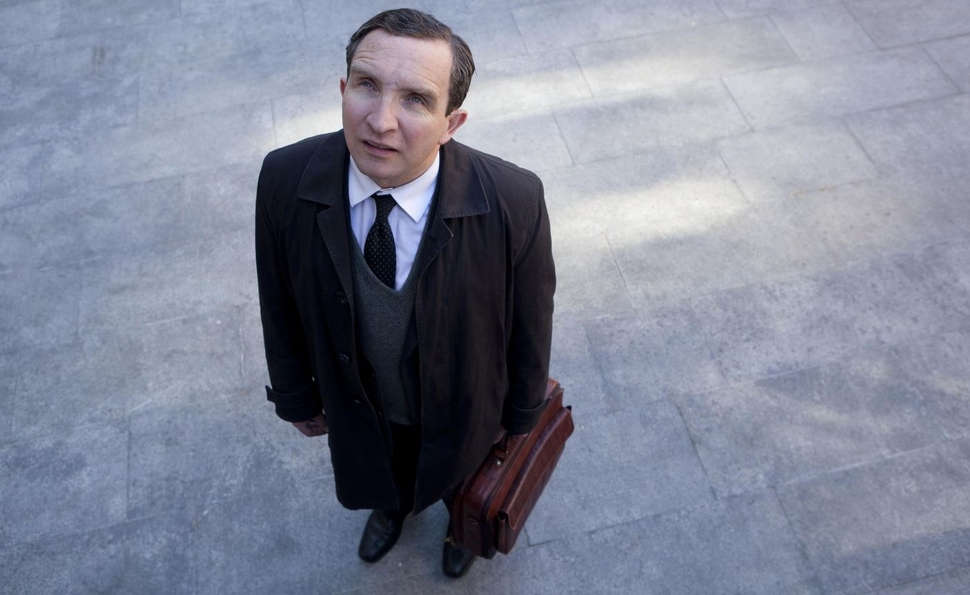 A few years ago, the Sundance Film Festival screened a terrific little film called Pursuit Of Loneliness, which didn’t get much attention, probably because of that title. It’s fiction, fully scripted, but it treats its subject—what happens to people who die alone, without known relatives to tend to their affairs—with the procedural frankness of a Frederick Wiseman documentary. Director Laurence Thrush cast non-actors who re-created aspects of their professions, and each one of the movie’s various caregivers and functionaries comes across as a warm, caring, perfectly lovely individual, even as she (it’s mostly women) maintains the necessary diffidence required for a job that confronts mortality on a daily basis. Well worth watching.

Unfortunately, Pursuit Of Loneliness has never been released in America, even on video (though it’s available for digital rental via Amazon). Instead, American audiences are now being “treated,” if that’s the word, to Still Life, which treats roughly the same idea in the most hamfisted, maudlin way imaginable.

First seen attending a series of funerals alone, John May (Eddie Marsan, best known as the angry driving instructor in Mike Leigh’s Happy-Go-Lucky) works for a local government office, where he’s tasked with handling the affairs of recently deceased residents when nobody else steps forward to do the job. John takes this responsibility very seriously indeed, perhaps because—in a facile irony that’s typical of this blunt film—he has no life to speak of himself. By day, John doggedly attempts to track down friends or relations of his “clients,” keeping their ashes on the shelf for weeks until the case is unmistakably hopeless. By night, he takes photos of the dead people home and pastes them into a giant scrapbook, then prepares a lonely meal and eats it alone, staring blankly into space. For fun, he goes to the cemetery where he’s already purchased a plot and lies down in the spot where he’ll one day be buried, practicing for death.

Written and directed by Uberto Pasolini (no relation to Pier Paolo), Still Life ostensibly kicks into gear when John gets laid off by his penny-pinching, insensitive boss (Andrew Buchan), prompting him to learn a little something about living from the final open case on his desk. The film is so drably deterministic, however, that even John’s tentative flirtation with the dead man’s daughter (Golden Globe winner Joanne Froggat, of Downton Abbey) can’t give it much of a pulse. Marsan does his best to convey his character’s essential decency, but he’s hamstrung by Pasolini’s insistence on underscoring the emptiness of John’s existence at every opportunity; even a simple shot of the man standing at a corner, waiting for the light to change so he can cross the street, makes him look like a corpse. A final cheaply ironic twist pushes Still Life from bland to actively risible, and it’s followed by a coda so saccharine that it should be preceded by a warning that watching it causes cancer in laboratory animals. Anyone curious about this film’s morbid milieu should instead seek out Pursuit Of Loneliness, which shows genuine interest in people and death rather than manufacturing a contrived rebirth.