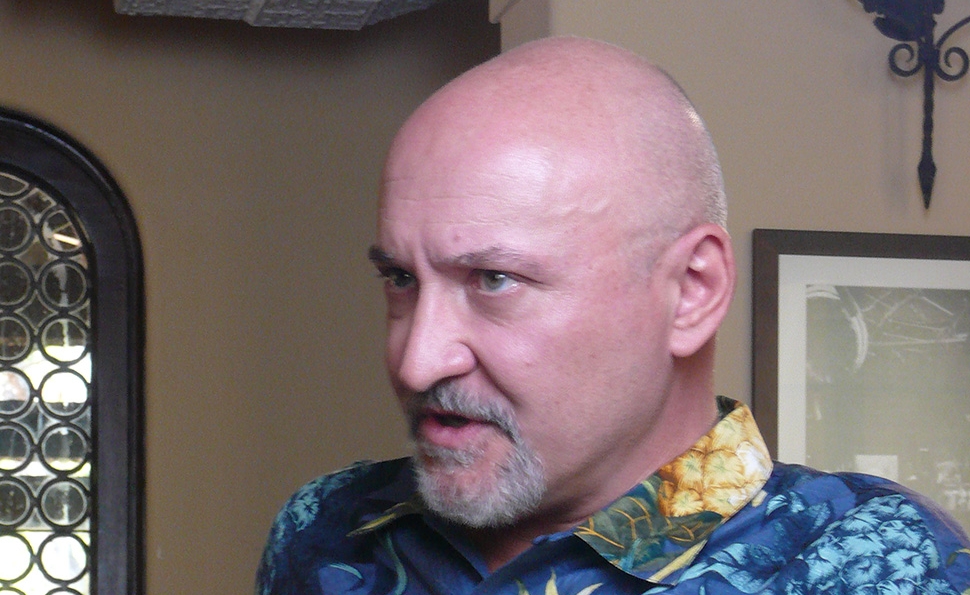 Drew: The Man Behind The Poster

The style and content revolution in the Hollywood movies of the 1960s and 1970s was accompanied by a revolution in selling the movies—from the distribution models to the advertising. The best poster artists of that era had recognizable styles: Frank Frazetta’s heavy photorealistic fantasy; Jack Davis’ crowded cartoons; Drew Struzan’s dynamic, luminous retro-pulp; and so on. Erik Sharkey’s documentary Drew: The Man Behind The Poster focuses exclusively and intensely on Struzan, which is fine as far as it goes. But in doing so, Drew misses a bigger story, about how art and marketing collided 40 years ago to forge images as well-remembered as the greatest American paintings. There’s a context to Struzan—not just biographically, but culturally—and while Sharkey seems to understand that, his movie, ironically, doesn’t illustrate it particularly well.

What Drew does do well is cover the essential details of Struzan’s life. After art school, Struzan married, had a child, and lived as a starving artist (he claims in the documentary that he only ate two days a week) while developing a style as a painter that allowed him to use as few materials as possible. Then Struzan took a job with a company that designed album covers, and attracted so much attention with his work on Alice Cooper’s Welcome To My Nightmare that Hollywood came calling. Struzan quickly showed an ability to render actors so that they looked exactly like themselves but better, which made him popular among the new breed of movie fantasists. His subsequent work on the posters and merchandising for the Star Wars, Indiana Jones, Muppets, and Back To The Future franchises worked hand-in-hand with the films themselves to create a sense of modern myths being written.

Drew features interviews with Struzan’s first-wave Hollywood patrons George Lucas and Steven Spielberg, along with latter-day fans like Frank Darabont and Guillermo Del Toro, the latter of whom says, “For my generation, Drew Struzan was the movies.” Two of the documentary’s most articulate interviewees are actors: Harrison Ford, who notes that Struzan’s posters are “grand, but don’t lose the human scale”; and Michael J. Fox, who says movie posters are “the first notes of the piece… the beginning of the story.” But Fox is also the one who says of Struzan’s years of poverty, “Being an artist isn’t a means to an end, it’s a means to a means.” On this point, Drew begins to fall short. Struzan’s posters are magnificent pieces of art, but given how much he struggled and scrimped when he was younger, does he feel conflicted at all about spending nearly his entire creative life filling orders for millionaires?

Drew does get into some aspects of the conflict between business and art. Sharkey has Struzan and his wife Dylan talk about the eight years they spent in partnership with people who stole his originals and hid how much he was getting paid. The documentary has several of the all-time great poster artists complaining about how the creativity has gone out of the business in the age of Photoshop and audience-testing. But because Drew has the tone and the style of a DVD featurette—blandly boosterish, in other words—too many questions go unasked, about compromises and heartbreaks. And if the quiet, private Struzan wasn’t up to answering them, then perhaps Sharkey could’ve widened his scope to include more of Struzan’s peers. (For example, Drew includes an interview with Jaws/Empire Strikes Back poster artist Roger Kastel, who undoubtedly would’ve had a lot to say about his and Struzan’s lives and times.)

Drew’s most frustrating failing, though, is that it shows almost nothing about how Struzan does his work. There are few samples of him creating photo references—with himself posing as Indiana Jones—and a few seconds of footage here and there of him painting, but the actual process mostly just gets talked about, and even that only in passing. Struzan has led a rich enough life and is a talented enough artist that there’s pleasure to be had just in sitting back and letting Drew’s collection of posters and anecdotes aimlessly float by. But there’s too much absent here. While talking about how Jim Henson loved Struzan’s paintings of The Muppets, Struzan quotes him as saying, “You make them look exactly like I feel about them,” and adds that a mere photograph of a character lacks the Struzan magic. Drew is a mere photograph, in need of a painter.

GoWatchIt: Buy. Rent. Stream Drew: The Man Behind The Poster