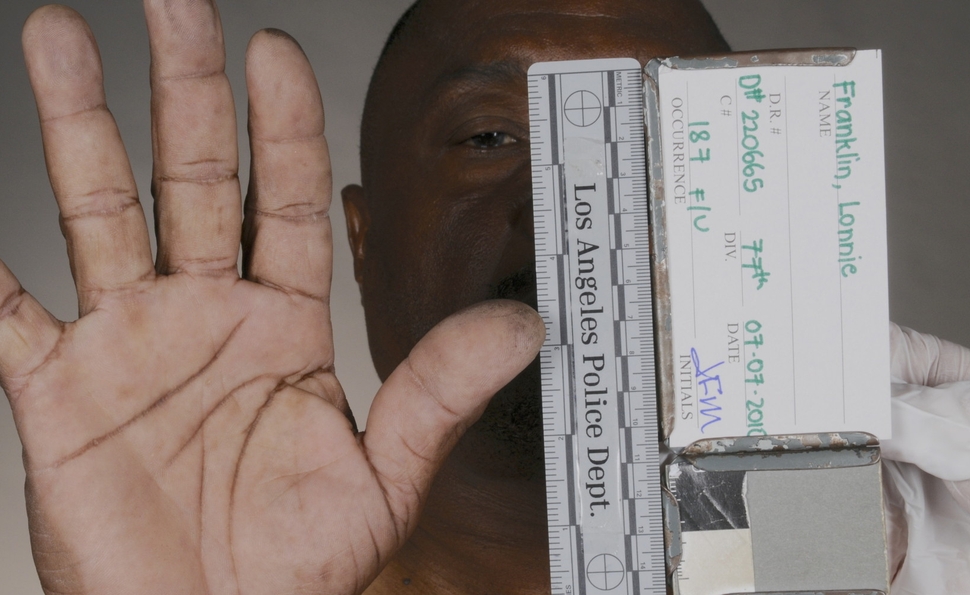 Tales Of The Grim Sleeper

Documentarian Nick Broomfield (Biggie And Tupac, Kurt & Courtney, Aileen: Life And Death Of A Serial Killer) has spent his career gingerly exploring the sordid depths of humanity. He’s perpetually a fish out of water, an unthreatening Englishman with a conspicuous camera crew wandering through shadowy subcultures with a feigned obliviousness that gets his subjects to open up and reveal themselves in a way they might not under more formal, conventional circumstances.

Broomfield has made two separate documentaries about Aileen Wuornos, the infamous female serial killer Charlize Theron won an Academy Award portraying in the non-Broomfield-directed Monster. But he has never addressed subject matter as dark or disturbing as the sinister reign of the Grim Sleeper, a rapist and mass murderer who killed at least 10 women, and likely many more, in Los Angeles over the course of two decades. To use a particularly horrific phrase referenced in the film, the women Grim Sleeper killed were what police referred to as “NHI” cases (for “No human involvement”), meaning crimes against prostitutes, drug addicts, and transients the police barely considered people, let alone worth the time and energy of an investigation.

Grim Sleeper (who got his name from a theory, probably false, that he once went 14 years between murders) was able to get away with killing so many because he invariably slaughtered people society does not value. As one interviewee bitterly notes, if Grim Sleeper had murdered a telegenic blonde UCLA student, his killing spree would have come to an end much more quickly, and the police would have devoted considerable resources toward trying to find the culprit. But because Lonnie Franklin Jr., a garbage collector well-liked in his neighborhood and described by neighbors as a generous, genial man, primarily murdered prostitutes and crack addicts, he was able to escape the attention of the police for decades, even if his crimes were something of an open secret in the poverty-stricken South Central neighborhood where he lived.

Tales Of The Grim Sleeper is less a portrait of Franklin himself than of the world he inhabited, a sick realm of voyeurism, widespread drug addiction, and prostitution where victims were reluctant to reach out to the police because law enforcement was viewed as the enemy. Broomfield talks to a number of Franklin’s friends, who shared his predilection for taking pornographic photos of their sexual conquests, and sensed that there was something off about him, but obviously did not comprehend the depths of his depravity. The film is an appropriately dour and intense indictment of a law-enforcement community that did not value the lives of some victims enough to devote anything but the slimmest of resources to tracking their killer down. But this is also a Nick Broomfield film, so it’s also full of wonderfully offbeat moments, like Broomfield trying to pet a fierce-seeming dog, and subjects discussing their drug use or sex work with an incongruously chipper tone and an utter lack of self-consciousness.

Tales Of The Grim Sleeper has much of the fish-out-of-water comedy and offhanded sociology of Broomfield’s best work, which often finds pockets of decency in the seamiest subsections of humanity. But underlying Broomfield’s curiosity about human nature and the way it manifests in often brutal and disturbing ways lies a deep, righteous rage against a society and a law-enforcement establishment that values the lives of the rich, white, and powerful tremendously, and the lives of the poor not at all. There’s a lot of blame to go around here, and it goes far beyond the brutal crimes of the man known as Grim Sleeper.