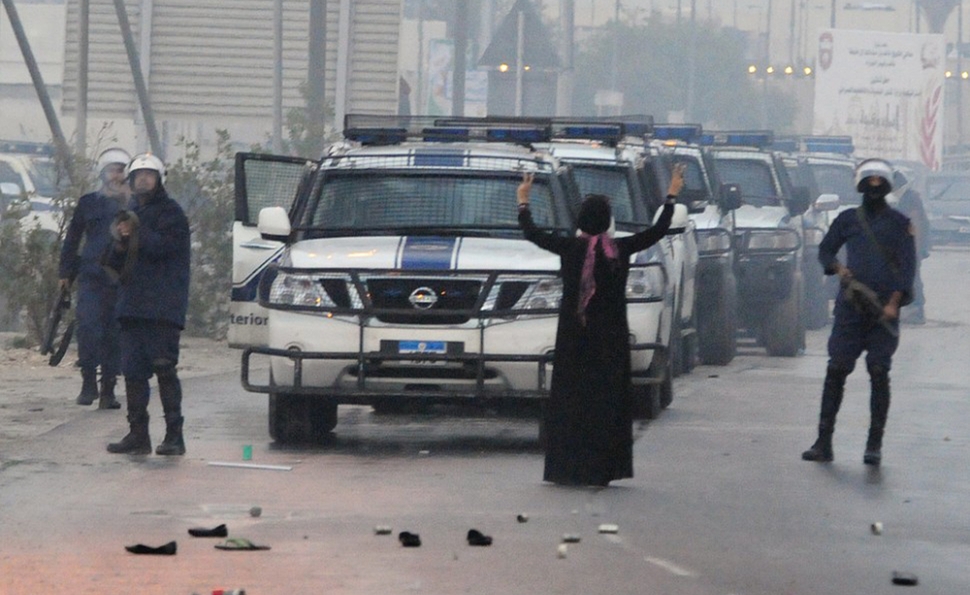 We Are The Giant

Greg Barker’s agitprop doc We Are The Giant beats the drum for a global youth uprising. The opening credits offer a swirl of revolutionary headlines and quotes, set to the music of noted Icelandic rabble-rousers Sigur Rós; the flashy interstitials feature famous quotes from Che Guevara, Mahatma Gandhi, and Aung San Suu Kyi. Specifically, the film places the Arab Spring on a long continuum of popular resistance throughout the 20th and early 21st centuries, which typifies its reductive, one-size-fits-all approach to situations that each have their own unique circumstances. The nonviolent tactics the film celebrates have often proved effective as a way of weakening totalitarian regimes intent on using force against their own people. But the collection of case studies in We Are The Giant—to say nothing of the varied strategies of Che Guevara, Aung San Suu Kyi, and everyone in between—don’t bring the message across cleanly. The only coherent thought comes courtesy of the title: The government is small. The people are the giant. Power to the people!

Barker supports his jumbled takeaway from the Arab Spring through a handful of personal stories: an American-born teenager of Libyan descent heading to Benghazi to join the fight against Muammar Gaddafi; Syrian nonviolent protesters caught between the tyranny of Bashar al-Assad’s government and the Islamic militants who escalate the bloodshed; and two sisters who follow their father, a human-rights activist, from Denmark to Bahrain to stand up against its oppressive monarchy. There’s no question that there are commonalities to all these Arab Spring movements: The revolutionary spark of the younger generation, the unifying force of social media, and a region-wide conviction to stand up against the royal families and dictators who had ruled by fear and intimidation for so long. But the situations in Libya, Syria, and Bahrain each have their own unique character, and it becomes difficult for Barker to squeeze them all under the same umbrella.

One of the problems with We Are The Giant is that not all the stories carry equal weight, both in terms of effectiveness and in the sheer amount of time Barker spends on them. The first two stories are relatively short and superficial: The all-American kid from Virginia who decided to take up arms in his familial homeland of Libya ultimately loses his life. The Syrian friends whose attempts to lead a nonviolent movement against Assad are frustrated by military escalation on both sides. The latter is particularly undernourished, because the various warring factions within Syria are far too complicated for Barker’s drive-by approach to sort through effectively.

More than half of We Are The Giant is reserved for the third and most compelling story, which also happens to be the one covered most thoroughly by international media. Maryam and Zainab al-Khawaja, the daughters of Abdulhadi al-Khawaja, an exiled human rights activist from Bahrain, talk about their ongoing efforts to challenge the monarchy, which has the strategic support of the U.S. government, despite its abuses. Their commitment to nonviolent resistance and their social-media savvy—Zainab (@angryarabiya) and Maryam (@MARYAMALKHAWAJA) have more than 150,000 Twitter followers, collectively—have given them a powerful platform, and makes them a bright, courageous beacon for the type of modern-day revolutionary the film is championing.

As affecting and inspiring as their struggles may be, however, Barker doesn’t gain any more access than the print and broadcast outlets that have already covered them. They’re just reduced to talking heads, like everyone else in We Are The Giant, juxtaposed against graphic images of protesters fleeing open fire, whole cities leveled, and the bloody, lifeless bodies of men, women, and children on the streets. In the end, it’s all grist for Barker’s prodding interstitials, which stir these stories into a big, burbling revolutionary pot, as if they’re all the same story, with the same leaders, told throughout history. There may indeed be a common denominator, but the simplification required to get there reduces the film to propaganda.

GoWatchIt: Buy. Rent. Stream We Are The Giant