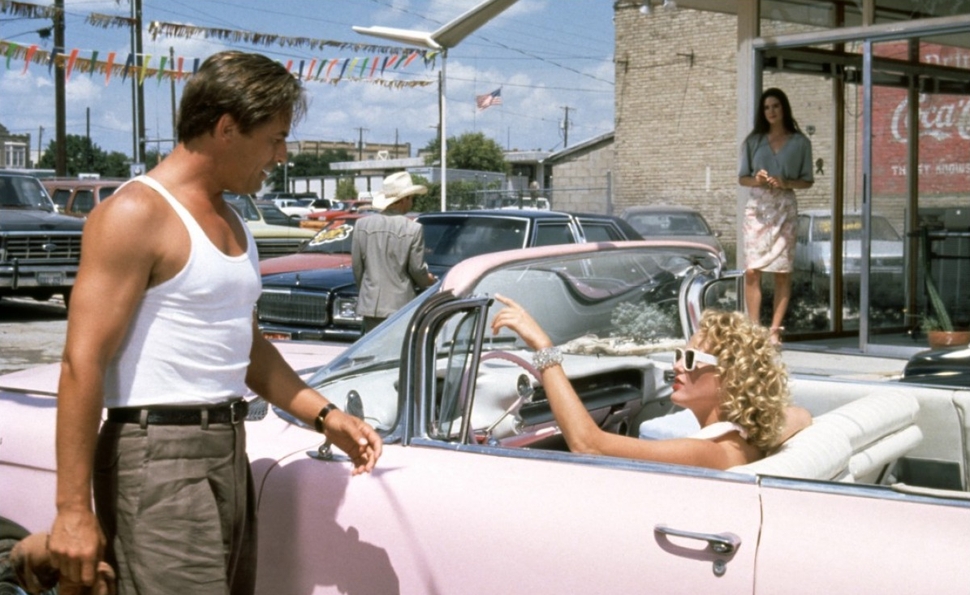 The Hot Spot / Killing Me Softly

Now packaged together on a single Blu-ray, Dennis Hopper’s sweltering 1990 neo-noir The Hot Spot and Chen Kaige’s ill-fated 2002 American-language directorial debut, Killing Me Softly, aren’t connected through genre so much as through the quantity and quality of the celebrity skin on display. They’re two films destined to be remembered, if at all, for their extensive nudity. They’re the reason websites like Mr. Skin exist: to direct drooling voyeurs toward famous flesh to ogle. As films, however, one is clearly more successful than the other.

In The Hot Spot, the famous flesh comes with an impressive pedigree: Jennifer Connelly went on to win the Academy Award for A Beautiful Mind, while Virginia Madsen was nominated for Best Supporting Actress for Sideways. The Hot Spot has no pretensions to class itself, thank God. The film knows it’s pure pulp, a tawdry potboiler custom-made to play the first half of a double feature at some godforsaken drive-in in the deep South. Adapted by Charles Williams and Nona Tyson from Williams’ 1953 novel Hell Hath No Fury, The Hot Spot takes place in a contemporary Texas town so sleepy and backward, it seems to have stopped evolving sometime around the Eisenhower administration. The cars, the buildings, the costumes: Everything reeks of the distant past.

An ideally cast Don Johnson plays Harry Madox, a slick-talking, good-looking hustler who ambles into a town overflowing with hapless prey just begging to be rooked by a drifting sharpie. When he visits the town bank for the first time, its president, Julian (David Lynch fixture Jack Nance), stops just short of giving Harry the combinations for its safes by way of introduction. Consequently, Harry quickly ascertains that robbing the town bank will prove only slightly more difficult than opening a checking account, but the aftermath of the robbery proves more perilous than Harry envisioned, and he winds up at the mercy of a pair of predators fiercer than himself: Dolly Harshaw (Virginia Madsen), the femme-fatale wife of Harry’s boss at the used-car dealership where he takes a job, and scuzzy blackmailer Frank Sutton (William Sadler), a lowlife who’s also extorting Gloria (Jennifer Connelly), the gorgeous accountant Harry falls for.

The Hot Spot borrows its languid rhythms from a scorching sun that slows life down to a crawl and coats the cast with an ever-present layer of perspiration. Hopper is ultimately less concerned with plot than with seedy, sordid, sun-baked atmosphere and pitch-black comedy. He takes his time, never hurrying when he can amble, soaking in the sweaty sights and sounds of small-town life, where a new salesman at the car lot qualifies as a major development.

Don Johnson never really made it as a movie star. He was a second-rate TV version of an action hero in Miami Vice and Nash Bridges (and he deftly plays off his macho image in his fantastic recent turn as Kenny Powers’ dad on Eastbound & Down), but he’s perfectly cast in The Hot Spot as an inveterate small-timer who discovers he isn’t as sharp as he thinks. Johnson gives the character a used-car salesman’s oily charm and a bone-dry sense of humor that perfectly complements Madsen’s over-the-top performance as sex incarnate, a debauched lady of leisure who instantly sizes up Harry as a fellow wolf in her small-town henhouse.

Madsen and Connelly function as demented, hothouse neo-noir versions of Archie Comics’ most famous women: Dolly comes off like a psychotic, sex-crazed version of Veronica, while Gloria fills the role of the impossibly pure, gorgeous Betty. Dolly is the sneering, vamping devil on Harry’s shoulder, and Harry already clearly never needed any help getting himself into trouble. Getting out is harder.

The Hot Spot is at its strongest when it forgets about plot altogether. The film’s leisurely pace is one of its greatest strengths in the early going, but when the plot finally kicks into high gear, the film’s shapelessness becomes problematic, and at 130 minutes, it feels too long. But though it overstays its welcome, its modesty is much of its grubby charm: It’s a nifty, nasty, sexy, and sometimes very funny little paperback of a movie that delivers its genre thrills with a light touch and an agreeable sense of its own lurid ridiculousness. 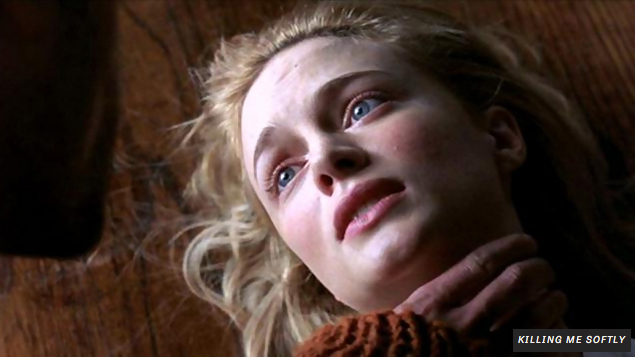 Alice enjoys a life as cozy and unchallenging as a pair of sweatpants with her stable but boring British boyfriend, whose idea of an exhilarating night out entails drinking a few pints at the local pub and watching football with his mates. But her stable-but-humdrum life is shaken up when she meets sexy at a stoplight with Adam Tallis (Joseph Fiennes), a mysterious, famous mountain climber who wastes no time introducing his wide-eyed new girlfriend into a shadowy nighttime world of light bondage, sadomasochism, and public sex.

Alice undergoes a sensual awakening under the tutelage of her angry but masterful new lover, but he quickly reveals himself as having secrets and an explosive, potentially deadly temper. Adam’s life is an endless series of furious climaxes. In one particularly eventful five-minute stretch, the macho man of action beats a would-be mugger nearly to death, then triumphantly and successfully proposes to Alice. Now that is a man devoted to making the absolute most of his time.

Killing Me Softly follows an increasingly hysterical, freaked-out Alice as she tries to figure out whether the mercurial man of her dreams is a murderer, or just profoundly misunderstood, and it answers its questions with a staggeringly stupid twist ending. The Hot Spot plays its pulpy erotic-thriller plot for grim laughs; Killing Me Softly plays everything so straight that the laughs are unintentional and the suspense nonexistent. But while Killing Me Softly isn’t the least bit thrilling, it is genuinely erotic, even though the expertly crafted, constant sex scenes never fully justify the film’s existence. The Hot Spot and Killing Me Softly both work splendidly as nudity-delivery systems, but only The Hot Spot has anything more to recommend it.