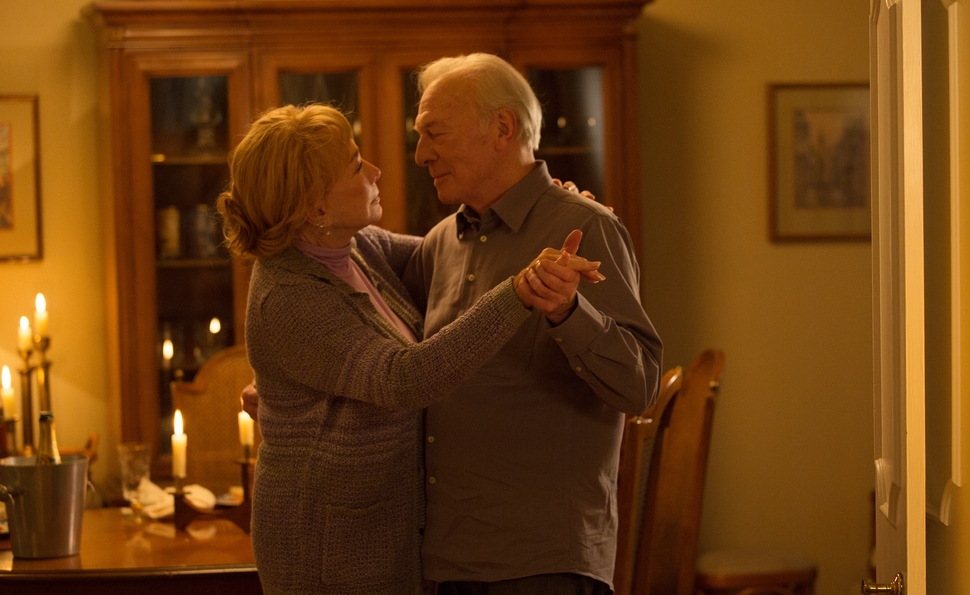 Here’s why you hire pros: With the right actor, what’s dead on the page can come to life onscreen. But there’s a difference between a pro and a miracle worker, as evidenced by Elsa & Fred, starring Shirley MacLaine and Christopher Plummer. Both veteran actors are perfectly cast—when are they not?—and both struggle to push their characters beyond the well-established borders of cliché.

Directed by Michael Radford (reuniting with his Il Postino co-writer Anna Pavignano and composer Luis Bacalov), Elsa & Fred remakes a 2005 Spanish/Argentine co-production as a late-December/mid-December romance between Fred (Plummer), a recent widower, and Elsa (MacLaine), his next-door neighbor in the New Orleans condo building where his daughter Lydia (Marcia Gay Harden) and hot-tempered son-in-law Jack (Chris Noth) relocate him to keep a closer watch on him. She’s a kooky old lady, driving the streets while bobbing her head to bouncy music. He’s a grumpy old man, hanging out in bed and giving a hard time to Laverne (Erika Alexander), the home-care aid Jack and Lydia have hired against his will. Yet despite the differences in their temperament, Elsa and Fred embark on a first-tentative, then-passionate affair.

As hard as MacLaine and Plummer try, the film can’t sell their romance, because the script never conveys who the characters are beyond broad strokes. Fred drops and assumes his crusty exterior like a Transformer. One moment he lets his guard down and talks about his difficult marriage and discarded dreams, the next he’s back to barking at people. Elsa is never defined beyond her eccentricities. She tells tall tales. She lies about her past. She loves La Dolce Vita and talks about her dream of re-creating its famous Trevi Fountain scene. (This is called “telegraphing.”) But quirks don’t make a character, and uniting two characters’ quirks doesn’t make a romance.

At least it’s pros all the way down. Director of photography Michael McDonough (Winter’s Bone, Starred Up) shoots New Orleans in its autumn splendor. Familiar faces, from George Segal (as Fred’s less-crusty best friend) to Wendell Pierce (as the condo building’s super) all make welcome appearances. But Radford’s pacing, which alternates between “stately” and “deathly,” keeps robbing the film of any momentum, and for every charming moment between the two leads, the film offers annoying bits of overstatement, like a dance instructor who treats the elderly with the sort of disregard Julia Roberts encountered from the shopgirls on Rodeo Drive in Pretty Woman. In one scene, Fred throws out his medication, having realized age is nothing but a state of mind. Not only is this bad medical advice, it works against the film, since Elsa & Fred feels old in every way possible.