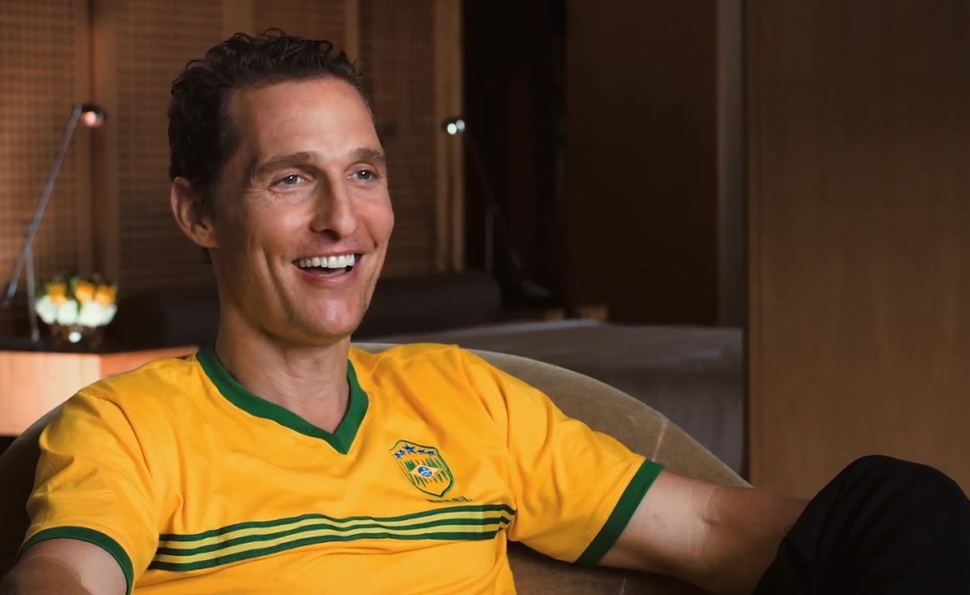 “It’s been said that the first 21 years defines the career of an artist,” begins the official synopsis for 21 Years: Richard Linklater, which prompts the Wikipedia-style edit question “By whom?” Even if the 21-year notion were commonplace, it’s unclear how it relates to Linklater, who released his first feature (It’s Impossible To Learn To Plow By Reading Books) 26 years ago, and his first commercially distributed feature (Slacker) 23 years ago. Perhaps it took a couple of years to get such a bland hagiography into theaters? Interview subjects do refer to Boyhood only as “the 12-year project,” suggesting it hadn’t yet been given a title when 21 Years was shot, but the inclusion of clips from 2013’s Before Midnight quickly kill the theory that 21 Years was been shelved long enough to justify the title. Clearly, nobody put much thought into the matter, which is entirely typical of this glorified DVD extra.

Unlike Gabe Klinger’s Double Play: James Benning And Richard Linklater, released earlier in 2014, 21 Years doesn’t talk to Linklater at all. Instead, directors Michael Dunaway and Tara Wood corral many of the actors who’ve worked with him (Ethan Hawke, Julie Delpy, Billy Bob Thornton, Keanu Reeves, Matthew McConaughey), as well as a few fellow filmmakers (Jason Reitman, the Duplass brothers), and exactly one critic (the Austin Chronicle’s Louis Black, a longtime Linklater friend and cheerleader who appeared briefly in Slacker). As expected, the result is a total lovefest: Every word spoken would feel right at home in an electronic press kit. Linklater is a genius; he’s a dream to work with; he respects his actors; he set a shining example for the D.I.Y. indie-film community; he truly loves cinema; his homemade cure for cancer is both 100 percent effective and downright delicious! Even for fans, the nonstop praise gets wearisome.

Furthermore, there’s no structural intelligence to the film whatsoever. It isn’t chronological: Dazed And Confused gets 20 minutes of attention at the outset, but Slacker brings up the rear, for no good reason, and the films addressed between are a random jumble. It isn’t comprehensive: There’s a section on Linklater’s most disposable effort, 2005’s Bad News Bears (presumably because that justifies Thornton’s presence), while titles like Waking Life and Fast Food Nation are almost completely ignored. (Tellingly, subUrbia, often considered Linklater’s weakest film [by whom?], is never even mentioned.) It isn’t anything, really—just a bunch of laudatory sound bites thrown together with clips from Linklater’s films and some cutesy animated interludes, devoid of any real analysis of what makes him special. Only Hawke, who’s worked with Linklater on eight films over the past two decades, makes an effort to go beyond superficial gushing, but what he’s trying to get across isn’t the sort of thing that’s easily extemporized.

What keeps 21 Years from feeling roughly that long, in addition to the clips (fun fact: Before Sunset’s ending can inspire tears even when shown out of context, with talking heads chattering over the dialogue), is the occasional offbeat moment during interviews. McConaughey tells a fun story about mistakenly assuming Linklater was offering him the title role in Bernie. Thornton praises Linklater’s imagination regarding A Scanner Darkly, then remembers it was an adaptation; informed that it was based on a Philip K. Dick novel, he looks off-camera and snorts, “He said ‘dick.’” And Reeves, apparently high on Scanner’s Substance D, is just plain nuts, making goofy gestures and devising bizarre metaphors. (“It’s like a play that’s taking place on Austin’s chest and balls and legs and, like, face, you know? It’s like, this scene takes place on my fuckin’ tit.”) It’s not enough to salvage this pointless endeavor, but it does provide some hope for 21 Years: Quentin Tarantino, which is lined up next for the series. Incidentally, Reservoir Dogs came out in 1992. You do the math!