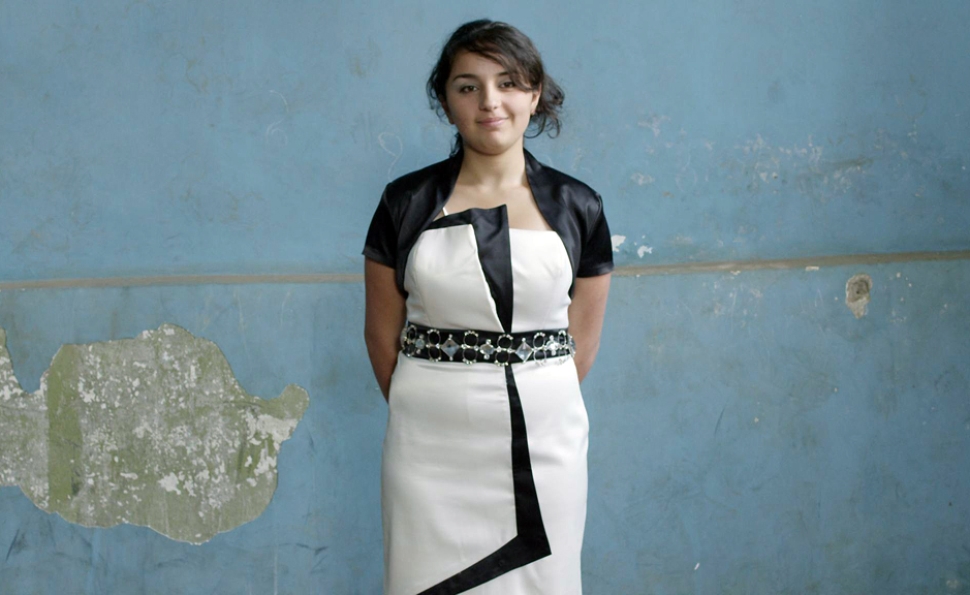 The Machine Which Makes Everything Disappear

One after another, Tinatin Gurchiani’s subjects stand in front of a camera, eyes wide and souls bared, answering extremely personal questions. They are mostly teenagers or young adults, and they’ve chosen to engage in this exercise because of a casting call seeking young Georgians who “believe that their biography, everyday life and goals are exclusively interesting for film.” As it turns out, they are interesting. But Gurchiani’s The Machine Which Makes Everything Disappear is a somber, intimate, deliberately paced documentary rather than the triumphant fictional tale some of the auditioners initially might have hoped to appear in.

“I want to go to Hollywood,” a slightly rumpled, shy interviewee confesses in the movie’s initial moments. But in The Machine Which Makes Everything Disappear, there is no journey to the Dolby Theatre or Mann’s Chinese; this is a portrait of Georgia, the former Soviet state and now-independent country in which the scars of war, illness, parental abandonment, and financial troubles are still visible on the skin of seemingly everyone, even the very young.

Gurchiani, who claimed the World Cinema Documentary Directing Award for this film at Sundance earlier this year, structures Machine as a series of vignettes, each focused on a different casting-call respondent. Sometimes she spends only a few minutes on an individual’s story, allowing the young man or woman to tell it while standing in front of a wall whose chips and pockmarks turn its blue-sky hue bleak instead of promising. On other occasions, the filmmaker follows the young people out into their leafy villages and modest, sepia-toned homes, capturing the small moments of drama that make up a life: a 13-year-old boy and his family waiting to find out if their patriarch has recovered from a surgical procedure, or a 22-year-old who lost his father during the civil war and now begs friends and relatives to continue corresponding with his brother, who’s currently in prison.

Gurchiani is clearly adept at making her subjects comfortable. Her gentle probing coaxes surprisingly candid admissions out of her fellow countrymen and women, sometimes with a single, simple question. One man—who’s 56, but responded to the casting call anyway because he’s certain the movie will require some older supporting players—declares that he’s been in love with two women in his life, neither of whom are his current wife. (Hope his wife doesn’t plan to see this movie.) A twentysomething man clad in a sweatshirt and jeans recalls leaving his home at age 7 during the bombings brought on by that early-1990s civil war; choking back emotion, he says it was “like I was going from heaven to hell, and I didn’t know that I would be able to avoid this hell.” It’s as if some of these people were just waiting for an excuse to pour out their bottled-up thoughts and feelings, and in this film, they finally found their corkscrew.

Gurchiani follows 16 “characters” in this movie, a number that makes this feel like a snapshot of the wider young Georgian population, but also never fully permits her to bring any single story the deeper exploration and sense of closure it deserves. A teen introduced toward the end of the film—a tenacious, beautiful girl whose name isn’t revealed, but who expresses her desire to reconnect with the mother who abandoned her—takes this documentary to such emotionally raw places that she clearly deserves an entire full-length feature all to herself.

But maybe that isn’t the point The Machine Which Makes Everything Disappear wants to make. After all, this is a film about people whose stories are still being written, and who, despite their palpable sense of exhaustion, are still seeking healing and hope. There are no Hollywood endings here. That’s just the truth, which Gurchiani has proved she’s committed to capturing.

GoWatchIt: Buy. Rent. Stream The Machine Which Makes Everything Disappear