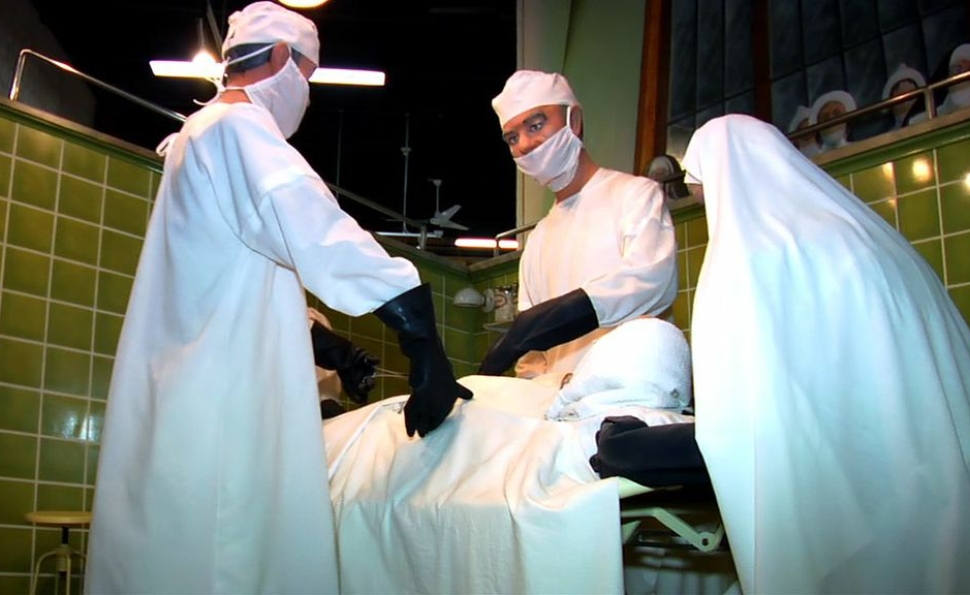 Off-label use of pharmaceuticals is a pretty straightforward idea. A given drug is prescribed to treat a specific condition; its use for any other purpose, recreational or medical, would be considered off-label. So a documentary called Off Label should theoretically be about such abuses, whether condemning them, supporting them, or simply examining them. Failing that, it should be about something. Anything. It should not merely gather a bunch of people who have at some point in their lives taken a drug, or know somebody who has taken a drug, and cut back and forth among them at random, with no apparent idea or purpose. Yet that’s the modus operandi of this staggeringly incompetent, utterly pointless film, which is to the advocacy doc what Plan 9 From Outer Space was to science-fiction cinema. The only difference is that each scene in Off Label, viewed in isolation, seems perfectly fine, even fairly interesting. It’s how all of those scenes fit together—or, rather, how they absolutely don’t—that creates the overall sense of grotesque deformity.

Off Label introduces several professional guinea pigs who enroll in drug trials for cash. They have nothing else in common, however: One is an oft-homeless gambling addict who seems like he’d be screwed up no matter what he was taking or not taking, one writes books on the ethics of pharmaceutical studies (while continuing to use them as his primary source of income), and one is just using the extra cash to fund his impending wedding, and seems to have no real problems. (The film also talks to the mother of a man who committed suicide, allegedly as a result of the drugs he took in a study.) There’s an ex-con who was subjected to experiments decades ago while in prison, but is now a Muslim who spends most of his time on-camera advocating for Islam. So far, nothing whatsoever about off-label use—these are drugs that don’t even have labels yet—but the film is at least semi-coherent, in that all of the interview subjects (plus the mom’s son) have participated in controlled studies. Is that what it’s about?

Nope. Viewers also meet a woman who suffers from bipolar disorder and has to take lots of drugs to combat it. She says the drugs help enormously. Drugs are good! But a former soldier who experiences PTSD from his experiences at Abu Ghraib, who also takes lots of drugs, says they don’t help him at all. He doesn’t have much to say about drugs, actually, as he’s still too freaked out about human-rights abuses. Still, drugs are bad!

By far the most interesting interview subject is a former drug-company rep who lifts the curtain on how his profession manipulates doctors into prescribing their pills for off-label maladies; his presence snugly fits the movie’s title, but has no bearing on anything else. Did his machinations save the life of the bipolar woman, or ruin the life of the post-traumatic soldier? Did they influence, or were they influenced by, the controlled studies that either killed a man, or allowed a man to marry the love of his life, or were fundamentally irrelevant to a man who’s clearly mentally disturbed to some degree? (The use of this last subject in particular is supremely manipulative—drugs are the least of his problems.)

Off Label never makes the slightest bit of rhetorical sense, and the general impression is that directors Michael Palmieri and Donal Mosher—whose other documentary, 2009’s October Country, was highly acclaimed—just gathered a bunch of folks they found interesting, all of whom had some connection to prescription-drug use, and decided to cram them all into the same film whether they fit or not. The result is maddening, structured in a way that makes it impossible to discern whatever argument the filmmakers think they’re making. Truth in advertising should dictate that the film be titled Off Topic. But even that would necessitate knowing what the topic is.