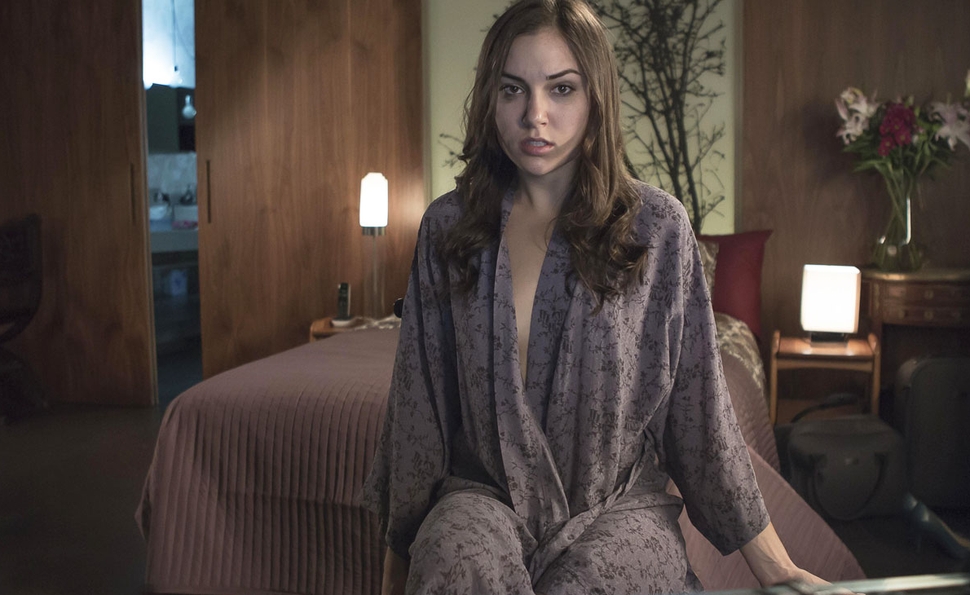 Among the abundance of choices facing moviegoers today, there’s this one: “Which Hitchcockian thriller starring Elijah Wood as a guy being manipulated remotely via threats from a disembodied voice should I see?” Neither are essential, but the answer to that question is Grand Piano, a nutso act of De Palma-esque Grand Guignol that casts Wood as a pianist who must play an impossible composition perfectly—or else. The newer option is Nacho Vigalondo’s Open Windows, an intellectually ambitious exercise in cyber-age trickery that loses resolution—buffering... buffering...—as it goes along. Vigalondo starts with a concept as basic as that of Grand Piano, with one man manipulating another, but he’s like a bad juggler who keeps on adding balls and plates and flaming torches, even as they’re all crashing gracelessly to his feet.

After opening with a fake-out scene from a science-fiction movie that looks more intriguing that the actual movie it folds into, Open Windows offers Wood as Nick Chambers, the webmaster for a fan site dedicated to all things Jill Goddard (Sasha Grey), the star of the movie-within-a-movie. Nick is in Austin as a prizewinner, having won a date with Goddard while she’s at a conference supporting her new movie. In the middle of posting screengrabs of her appearance, Nick gets a mysterious online call from a Brit who calls himself Chord (voiced by Neil Maskell), who offers him access to Jill’s phone and a window into her rendezvous with a lover in an adjacent room. Nick protests lightly at this invasion of her privacy, but by the time he can object more strongly, Chord has seized control over him just as surely as he’s seized control over his monitor.

When Nick, cajoled by his unseen tormentor, finally gets an opportunity to manipulate Jill, Open Windows briefly turns into a Skype-age Peeping Tom, with the monitor cam serving as a new weapon of voyeurism and sexual violence. The film also jibes uncannily with the recent “leaks” of celebrity nude selfies, affirming how readily hackers can violate a person’s privacy, and a browsing audience that expresses horror, but just as readily gawps at the results. Casting Grey, a former adult film star, as Jill adds a layer of meta-commentary about the context in which video nudity and sex are acceptable viewing; Grey has given far (far) more explicit  performances, but she’s never been more exposed.

But Open Windows isn’t content to stop there. It just keeps adding more and more “windows” as Nick ventures out into the world, with a rogue group of French hackers, an underground phalanx of computer servers, and Mission: Impossible-style double-crosses thrown in for good measure. Vigalondo is shooting for something densely layered, an expression of the complexity and moral murkiness of the hacker sphere, but he doesn’t have the plot sorted out. The third act of Open Windows is virtually incomprehensible, having traveled such a distance from the relative simplicity of Wood and Maskell as puppet and virtual puppeteer that it’s hard to remember where the film started. The screens within screens multiply to such an extent that Open Windows becomes its own form of monitor-choking Malware.