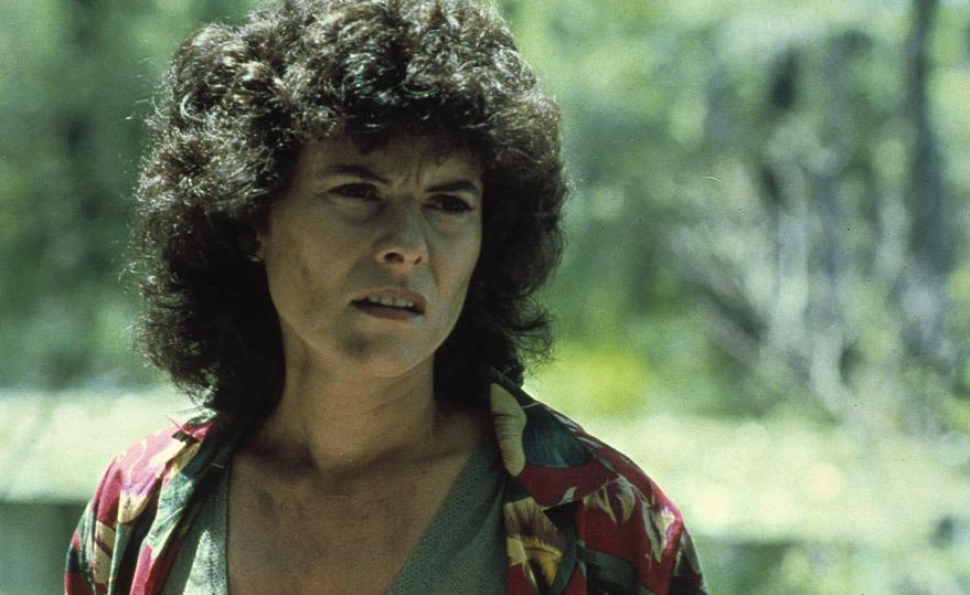 Legal vagaries reportedly keep producer Joel Silver from developing a new film featuring Swamp Thing, the long-lived DC Comics character created in 1971 by writer Len Wein and artist Bernie Wrightson. If Silver ever does secure the rights, however, here’s what’s likely to happen: A predictable flurry of Internet discussion will start weighing the pros and cons of the apparently already-completed Akiva Goldsman screenplay. Long-simmering suggestions about Guillermo Del Toro wanting to direct will resurface, until ultimately, someone a little less exciting gets the job. This will be followed by casting rumors, a handful of approving interviews with Wein, and a bigger handful of disapproving interviews with Alan Moore, who memorably revamped the character in the mid-1980s, and whose ideas will no doubt be strip-mined without his consent or approval, fueling his hatred of Hollywood and all it represents. Then the casting announcement. Then the teasers. Then the set photos. Then the teaser trailer. Then the trailer. Then the posters. Then the international trailer. And on and on in a flurry of hype leading up to the release of the film itself, followed by discussion of what the sequel will be like and whether it will feed into a larger DC Comics movie universe. It’s just the way these things get done these days.

1982 was a different time, however, one in which comic-book adaptations were viewed askance when they didn’t feature Christopher Reeve in tights. Apart from Superman films, there really was no roadmap for turning a comic into a movie at the time, and since Swamp Thing—the monstrous human-vegetable hybrid result of a bayou scientist set aflame by his enemies after being covered in a powerful chemical of his own creation—wasn’t exactly the usual sort of superhero, there wasn’t really a roadmap he could follow. What’s more, the character hadn’t had a book of his own for several years, meaning there was no built-in audience for a Swamp Thing movie beyond a handful of hardened cultists. What to do?

For writer-director Wes Craven, the answer was simple: Turn it into a modern-dress version of a 1950s creature film with a romantic twist. Rather than attempting to re-create the gothic horror of Wein and Wrightson’s original run, Craven took the sympathetic qualities of monsters like the Creature From The Black Lagoon a step further by making his creature into the hero and giving the girl in his arms genuine feelings for the big lug. Still a few years away from A Nightmare On Elm Street, which breathed new life into his career, Craven was attempting to transition from his early, low-budget horror work into more high-profile assignments. But Craven’s budget had a way of getting lowered no matter what sort of film he took on. In an interview included on this new Blu-ray/DVD version of the film, star Adrienne Barbeau talks about falling in love with Craven’s original screenplay, only to watch as the production costs caused ideas to get dropped and whole scenes to become unfilmable. While it’s clear Barbeau still laments the film that could have been, she couches her regret within praise for Craven’s finished product: “He made a silk purse out of a sow’s ear that was based on a silk purse.”

As silk purses go, there are smoother examples than Swamp Thing, though it still has plenty of charms. Barbeau plays Alice Cable, a government agent sent to aid the research of Alec Holland (Ray Wise), a brilliant botanist on the verge of making a breakthrough that could feed the world. If, that is, his evil archenemy Anton Arcane (Louis Jourdan) doesn’t sabotage his efforts to serve his own nefarious ends. Arcane does, of course, sending Alec screaming into the swamp from which he’ll emerge as Swamp Thing, now played by veteran stuntman Dick Durock. Durock conveys as much melancholy as possible from deep within a rubber suit as Swamp Thing goes about protecting Alice from Arcane and a throng of the interchangeable, camo-clad, machine-gun-toting bad guys so often seen menacing the heroes of low-budget 1980s films. Changing from one clingy, moisture-soaked outfit to the next, Barbeau plays it as straight as possible, and in its quiet moments, Swamp Thing finds some real poignance in the relationship between the damsel in distress and her moss-covered champion. 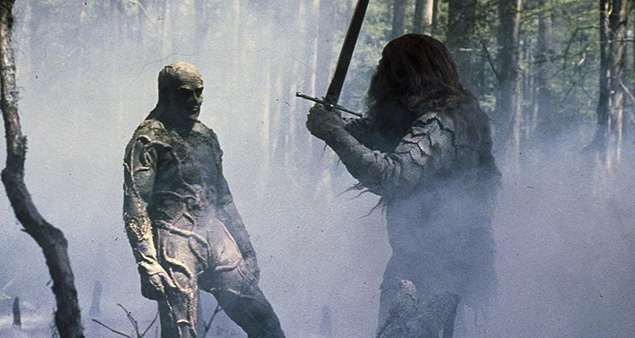 The film mostly plays it straight too, though Craven lets Jourdan ham it up and allows a wry sense of humor to peek through from time to time: One bad guy drops the original title of Werner Herzog’s The Enigma Of Kasper Hauser as a philosophical observation, and the increasingly cheesy transitions stop just short of bringing in the Homer Simpson-approved star wipe to change scenes. The cheapness remains obvious throughout—Holland’s lab includes equipment clearly labeled “Radio Shack,” and Durock’s suit is impressive by Halloween standards, but suffers from the unforgiving daylight in which Craven shot most of the film—but Craven also keeps his ambitions modest. The middle of the film sags under the weight of a few too many Swamp Thing-vs.-airboat confrontations, but it comes alive again in a finale that pits the hero against a grotesque beast in the thick of the swamp. It never looks like anything but two men in costumes beating each other in amid stagnant water, just as they might have done in a Z-grade cheapie in 1954, but Craven turns it into movie magic. A humble sort of half-laughable movie magic, but magic nonetheless.

Swamp Thing spawned (spored?) a 1989 sequel and a TV series, both starring Durock, but otherwise proved to be something of a dead end, both for comic-book films and for Craven. The director soon returned to horror and rarely looked back. With 1989’s Batman—executive-produced, like Swamp Thing, by comics-collector-turned-professor Michael Uslan—comic-book movies started getting bigger and bigger until the arrival of the current, ongoing wave begun by X-Men in 2000. The result has been better films, by and large, but also the hardening of a formula that’s started to make comic-book adaptations feel a little predictable, however massive their destruction or impressively superhuman their feats. Swamp Thing has many dubious qualities, but it clearly isn’t a piece of product tested and polished to a blinding gleam, and the world is duller for not letting oddball efforts like this slip into theaters once in a while.

The generous selection of features includes a trailer, production stills, and on-set photos, and extended interviews with Wein, Barbeau, and Craven. There’s also “Hey, Jude,” an extended sit-down with Reggie Batts, the child actor who played the part of Jude, then never had another film credit. Batts did serve as an extra in several other films, however, and remembers the shoot fondly. Or at least as fondly as anyone forced to work in the South Carolina swamp can. A pair of audio commentaries—one a relaxed track with the always-professorial Craven, the other with makeup-effects artist William Munns—detail a shoot filled with bugs, heat exhaustion, and other perils. Munns also recalls how Craven once asked, “Swamp Thing: What’s between his legs?” Munns’ answer, “Anything you want.” (But the PG rating meant ditching a planned phallic-looking root for the sake of modesty.)