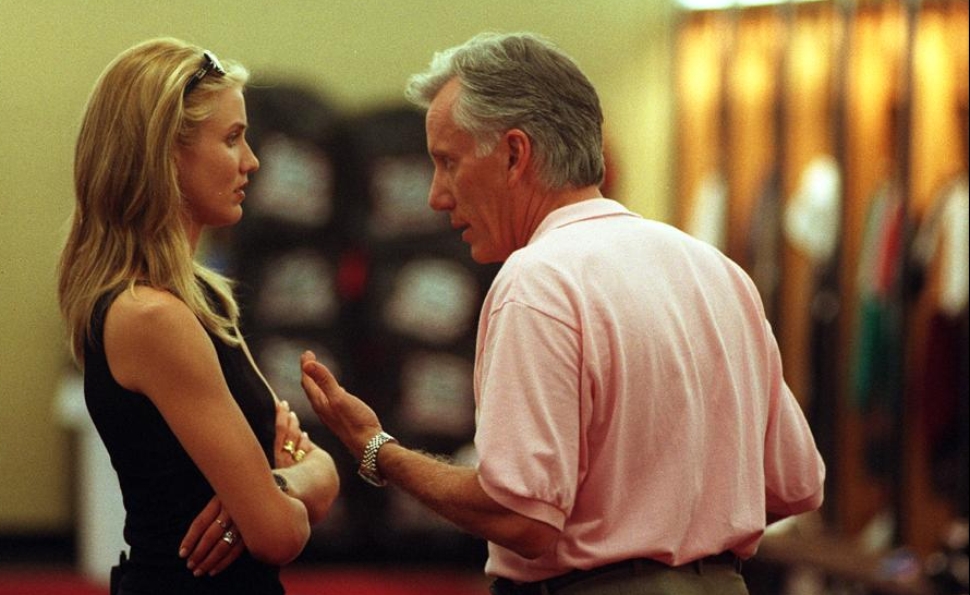 Whenever there’s a major motion picture or television show about football, the creators and fans insist it isn’t really about football, it’s about community, leadership, America, or some some other Big Theme that might convince people who hate sports to watch. Oliver Stone’s 1999 drama Any Given Sunday, though, is about football, and don’t think otherwise. In spite of every American flag Stone shows flapping in the wind, every Native American chant he puts on the soundtrack, every clip from an old gladiator movie he sticks into the back of a shot, Any Given Sunday is very much a snapshot of the culture of the National Football League at the end of the 20th century. The performance-enhancing drugs, the smug cable sports personalities, the domestic violence, the raging egos—it’s all there in Any Given Sunday. Frankly, the movie could be made again today, nearly line for line and beat for beat, and it would still describe the state of the pro game.

Stone and his co-screenwriter John Logan (adapting a novel by ex-player Pat Toomay) didn’t set Any Given Sunday in the actual NFL, which is undoubtedly why they were able to describe the league so accurately, because they didn’t need NFL approval. At times, Any Given Sunday’s version of pro football feels so abstracted that it might as well be taking place in some other dimension, where teams like the the Chicago Rhinos and the New York Emperors compete in the Associated Football Franchises Of America to win The Pantheon Cup. Only offhand references to real players like Y.A. Tittle and Sammy Baugh—and real products like the nutritional supplement MET-Rx—ground Any Given Sunday in this reality.

Otherwise, Any Given Sunday’s story is a familiar one. Al Pacino plays Tony D’Amato, the embattled coach of the Miami Sharks, a team on a losing streak and in danger of missing the playoffs. When the Sharks’ veteran QB “Cap” Rooney (Dennis Quaid) is injured during a game, D’Amato is forced to turn to perennial bench-warmer Willie Beamen (Jamie Foxx), whose reckless, ill-prepared approach to the game unexpectedly turns the team’s fortunes around, but also exposes the philosophical differences between the Sharks’ old guard and the brash younger generation—the latter of which includes owner/GM Christina Pagniacci (Cameron Diaz).

Stone and Logan don’t hesitate to cut right to the meat of what the movie’s about. Rooney’s injury and Beamen’s ascension happen right at the start of Any Given Sunday, and for the next hour or so of the film, D’Amato winds up in the middle of arguments about money, loyalty, and about whether the team doctor (James Woods) is endangering his players’ long-term health by shooting them full of painkillers and ignoring signs of permanent neurological damage. The most provocative conversations at the start of Any Given Sunday have to do with race, as Beamen defends his all-or-nothing playing style as a product of growing up poor and black, and argues that the league’s ingrained conservatism has already cost him several of his prime money-making years. Beamen finds a sympathetic ear in obnoxious, goateed reporter Jack Rose (played by John C. McGinley, doing his best Jim Rome impression), who represents the din of hype and criticism that blares in football players’ ears all day and all night.

Yet after establishing the AFFA’s complex, corrupt social structure, Stone and Logan wimp out considerably in the second half of Any Given Sunday, piling on the sports-melodrama clichés: the predictable setbacks, the personal sacrifices for the good of the team, and all of that other simplistic uplift that the first half of the movie seemed eager to subvert. Even now, 15 years later, it’s disappointing how easily Any Given Sunday goes from telling the truth to slathering on palliatives.

That said, some of Any Given Sunday’s elements have aged well. Pacino’s performance is better modulated than his more recent work, and his delivery of D’Amato’s big, inspiring locker-room speech is worthy of all the years of replays it’s gotten from real-world coaches. And Stone does some of his most inventive work as a visual stylist in Any Given Sunday, using superimpositions and lightweight cameras to capture the frenzy of football, where players have split-seconds to make crucial decisions. Back in 1999, Stone had been using his kaleidoscopic style for so long that it was starting to seem stale. Today, Stone’s blend of mayhem and sensuality—which doesn’t shy away from the eroticism of athletes—is a refreshing alternative to the solemnity of most sports dramas. It also serves, intentionally or unintentionally, as a rebuke to his hero’s hokum. D’Amato may pump Beamen up by saying pro football is no different from the game he played out in the street as a kid, but when Stone’s camera is jittering and zooming, the images say otherwise.

Warner Bros.’ new special edition of Any Given Sunday contains a DVD of the theatrical cut, and a Blu-ray with Stone’s director’s cut, which is actually shorter, even though it adds new footage. Beyond the two versions of the movie, the biggest extras on the Any Given Sunday Blu-ray are a pair of commentary tracks: one by Stone, one by Foxx. The latter is light-hearted but not particularly insightful, while Stone’s goes into detail about the fights the production had with the NFL, and talks about the long process of shaping the script with Logan to encompass everything Stone wanted to say about a sport in transition. A pair of featurettes—one from 1999 and one more recent—cover some of those same subjects, with ex-NFL players praising Any Given Sunday’s authenticity, and Stone talking about how he used Pacino’s big speech to work out some of his own professional anxieties. Most of the rest of the special features on the Blu-ray set are pretty cutesy—music videos, Foxx’s audition tapes, and the option to watch some of the more exciting football plays in the film—but the disc does add about half an hour of deleted scenes, some with commentary by Stone, who admits that even he thinks sometimes his movies run too long. He quotes his grandmother: “The brain is pretty good, but it can only take in what the fanny allows.”