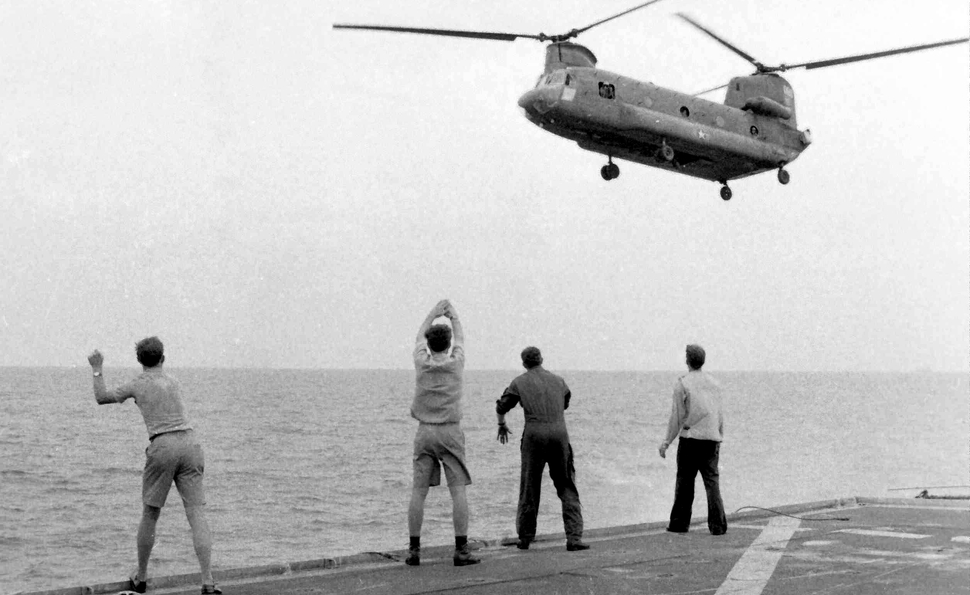 Sometimes life provides even better metaphors than art. Midway through Last Days In Vietnam, Rory Kennedy’s documentary about the final invasion of South Vietnam and the fall of Saigon, the attention turns to an enormous tamarind tree in the center of the large American embassy complex in Saigon. Ambassador Graham Martin describes the tree as “steadfast as the American commitment in Vietnam.” As the North Vietnamese army encroaches on city limits, however, and it becomes clear that the embassy will be hastily evacuated, every surface that could be conceivably be used to land helicopters has to be brought into play. The only problem with the parking lot: that tamarind tree. At the end of the American commitment in Vietnam, it becomes lumber.

Kennedy, whose many documentary credits include Ghosts Of Abu Ghraib and Ethel, is the youngest daughter of Robert Kennedy, but despite her connections to history and the politics of the time, Last Days In Vietnam doesn’t offer a strong point of view about the war itself. (If anything, its sympathies tilt toward those who voted to re-enter the war to protect South Vietnam from invasion.) Nor does Kennedy’s approach—a straightforward combination of talking heads, archival footage, and portentous music—boast much flash. What it does offer is one amazing human story after another, all tied to a clear-eyed presentation of how South Vietnam fell to the North and America made a less-than-graceful final bow.

The film’s first stretch addresses the Paris Peace Accords, an already-fragile end to the conflict that promised swift action from the U.S., should the North violate its terms. But with Richard Nixon’s resignation, the North sensed that the change in leadership, plus American fatigue with the conflict, would make taking the South relatively easy. This turned out to be a good bet, and Kennedy captures the swiftness of the North’s progress by relating one victory after another being reported on America’s nightly news broadcasts.

But the film really comes alive when it zooms in on Saigon. Through interviews with those who were there, and dramatic footage of events like the bombing of Saigon’s airport, Last Days In Vietnam captures the mounting chaos of a city doomed to fall, and one divided between those who recognized this fact and those who denied it. Martin fell into the latter camp, dragging out the evacuation until it became a last-minute scramble to remove Americans and sympathetic South Vietnamese fleeing certain prosecution (or worse) from the country. Kennedy recounts this scramble point-by-point, from the broadcasting of Bing Crosby’s “White Christmas” as a cue to leave, to mad scenes like the shredding of classified documents and incineration of a million dollars in U.S. currency, to the stories of individuals who made their escape—and some who didn’t.

These narratives dominate the back half of the film: extraordinary stories of furtive escapes, stolen helicopters, and ships overloaded with refugees. Kennedy mostly just lets the survivors tell their tales without getting in the way. Some of these stories would seem unbelievable without the evidence the film provides, particularly one unlikely escape via a gigantic Chinook helicopter that involves aeronautic feats seldom seen outside of Arnold Schwarzenegger movies. Life sometimes provides better action scenes than art, too, and by turning her attention to an underreported chapter in recent history, Kennedy has found a trove rich with unreal imagery and stories of heroism in the face of defeat.