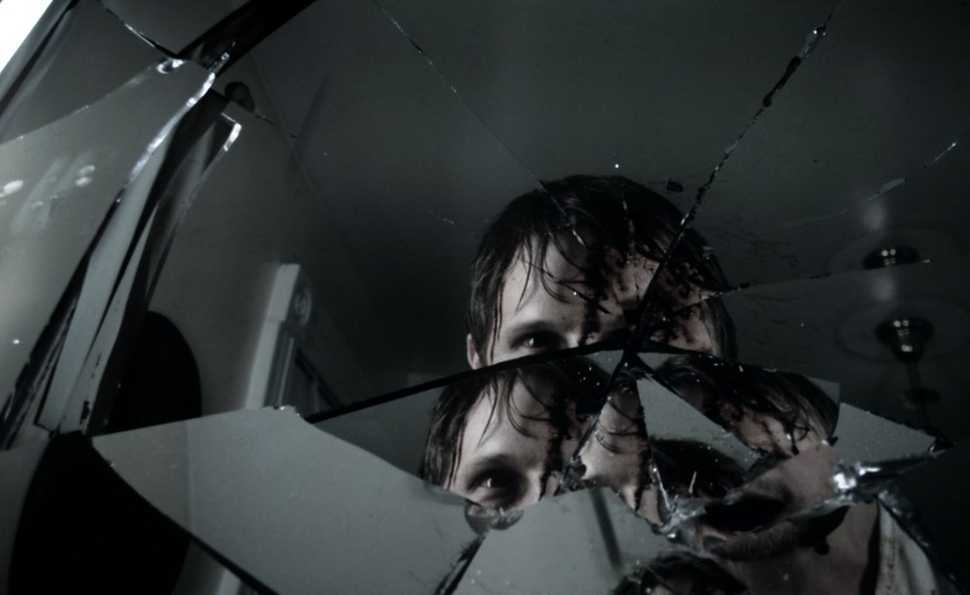 The Possession Of Michael King

The quality of the acting in David Jung’s found-footage/mockumentary horror film The Possession Of Michael King does a lot for its entertainment value, even as it drags on the verisimilitude. The film never feels “real” the way some of the more amateurish found-footage films do. It feels like the work of a group of professional actors, skillfully playing the beats of a supernatural thriller. Even the way Jung shoots and cuts the movie avoids the aimlessness and shaky-cam familiar to found-footage. The Possession Of Michael King takes the form of a professionally shot documentary, with a few security-camera-like “eye of God” shots and warped POVs filling in the gaps. The movie is so slick that some horror fans may reasonably ask why it needed to be a fake documentary at all.

Shane Johnson plays the title character in The Possession Of Michael King: a documentary filmmaker who blames spiritualist charlatans for the death of his wife, since a fortune teller convinced her to cancel a vacation shortly before she died in a freak accident. Determined to do something to squeeze some good out of the tragedy, Michael starts making a film debunking the occult. He interviews psychics, conjurers, necromancers, Satanists, and the like, and he dabbles in spell-casting and other dark arts, intending to show that nothing bad will happen to him, because there’s no such thing as the supernatural. Inevitably, after drinking enough hallucinogenic elixirs and visiting enough torture-dungeons, Michael starts to lose his grip on his sanity—maybe because of a demon, or maybe because he’s emotionally exhausted.

Like a lot of middling horror films, The Possession Of Michael King can’t seem to decide whether to use its premise to generate shocks, or if the shocks are just there to keep the audience’s interest while the movie explores its premise. Early on, Johnson gives such a strong performance as Michael—so brash as he baits his interview subjects, so impatient when his friends and family suggest he needs to deal with his grief—that The Possession Of Michael King could’ve been reasonably effective just as a drama about an arrogant, successful man who can’t process loss.

Instead, the more violent and twisted the movie gets—and the more Johnson over-emotes—the more generic it becomes. Jung’s decision to structure The Possession Of Michael King as a found-footage film works against it, as the sprinkling of shock-cuts and bursts of visual and aural distortion early in the film become predictably incessant in the final half-hour, since there aren’t too many other directions for a horror mockumentary to go. The Possession Of Michael King has its share of jolts, but it becomes exhausting down the stretch, and disappointing for its squandered potential.

The Possession Of Michael King starts out as the story of a man who can’t admit he’s devastated, and follows him on a series of misadventures into the unknown: some funny, some scary, and some actually kind of informative. (The scene where Michael meets with an audio engineer who explains some otherworldly tones he’s recorded is a little of all three.) It’s a film about whether people misinterpret chance, misfortune, and everyday evil as some extraordinary, malicious force at work—and whether Michael’s crusade is just another kind of overreaction, from the skeptics’ side. But before that idea can really take root and flower, Jung gets too preoccupied with freaking out the audience, while asking the irrelevant question, “Is what’s happening to Michael real?”

No, it isn’t real. It’s very obviously a movie. It looks like a movie, and it plays like a movie. And if The Possession Of Michael King had embraced its movie-ness, it might’ve said something powerful about what it’s like to be Michael King. Instead, the film becomes overtaken by brute sensationalism, and loses its soul.