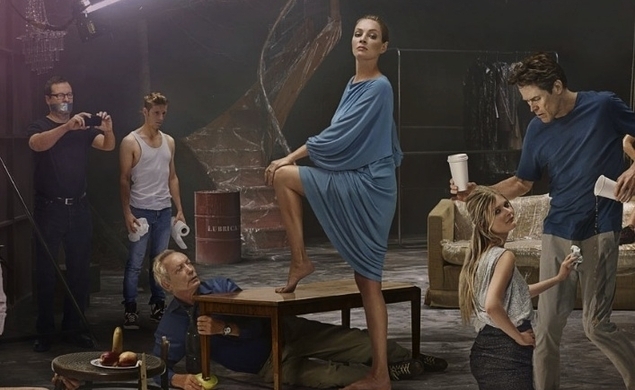 Lars von Trier isn’t messing around. He promised Nymphomaniac, his “magnum” opus about the life of a sex addict (Charlotte Gainsbourg), was going to feature epic levels of nudity and hardcore sex, and dammit he’s going to deliver. He’s not even waiting for the actual movie to prove it: the trailer for the thing has epic levels of nudity and hardcore sex. You don’t see a lot of coming attractions with full frontal shots. But this one does! So, yeah, this probably qualifies as NSFW:

This is a strange movie to wrap your head around. It looks like a pretty harrowing portrait of addiction, which would makes sense because most of Lars von Trier’s movies are harrowing portraits of something. But then it ends with the deliberately jokey “Coming… soon.” So is it all a goof? Only Lars knows.