Jason Statham thinks stunt performers should have their own Oscar category 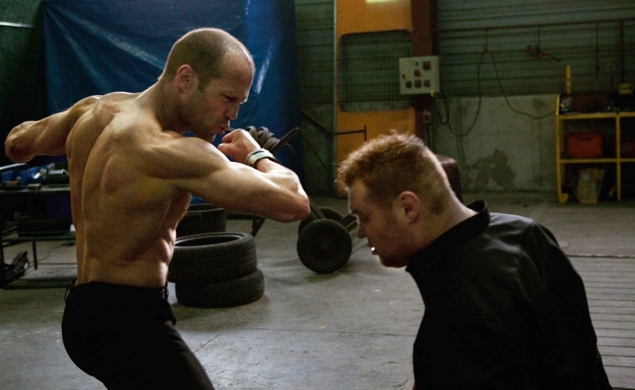 Every year since 1991, stuntman Jack Gill has petitioned the Academy to recognize stunt performers’ work with their own Oscar category. This year, his efforts are getting a boost from Jason Statham, whose movies reliably contain outsize amounts of mayhem. Statham says he’s aware “how much responsibility these coordinators have for some of the greatest entertainment in action movies,” when Vanity Fair’s Julie Miller asked whether he agreed with Gill’s position. “I mean, all of the stuntmen—these are the unsung heroes. They really are. Nobody is giving them any credibility. They’re risking their necks. And then you’ve got poncy actors pretending like they’re doing [stunts].”

“For me, it’s a total injustice,” the actor went on. “They’re the ones getting busy. Then you have some guy standing in front of a fucking green screen, screwing his face up, pretending like he’s doing the stunt. To me, it’s like a farce. I have a real frustration with that, because I know these coordinators. I train with them all the time, and they are incredibly talented.”

Statham’s assessment of why the Academy won’t recognize stunt performers mirrors the reasoning of other stuntmen. “In the old days, stuntmen weren’t supposed to exist,” veteran stunt performer and second-unit director Conrad Palmisano said in 2005. “Actors were supposed to be doing their own stunts. But today, audiences are so sophisticated, they know that they’re doubling stars. There’s an old mindset we’re trying to break free from.”

The Screen Actors Guild introduced a category for stunts in 2007, but the Oscars still haven’t responded to Gill’s efforts, which have garnered support from Steven Spielberg, David O. Russell, and Dustin Hoffman, among others. If Gill doesn’t succeed this year, he’ll keep trying. As he told the BBC earlier this year, “I’ve been doing this since 1991, and I’m not going to stop now.”