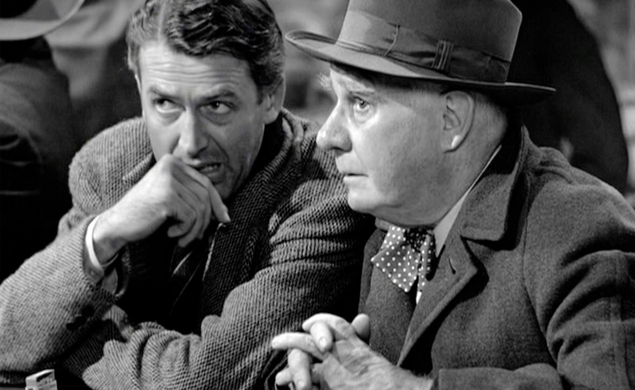 An improbable-sounding sequel to It’s A Wonderful Life announced Monday now looks even more unlikely. To briefly recap: advertising music executive Bob Farnsworth and financier Allen J. Schwalb announced they would team up to produce It’s A Wonderful Life: The Rest Of The Story, with the original film’s Zuzu (Karolyn Grimes) returning as an angel who takes George Bailey’s grandson on a journey to see how much better the world would have been without him. “There is no doubt about it, there will be a ruckus,” Farnsworth told The Hollywood Reporter’s Borys Kit on Monday. “But I have this motto: All it takes to be a leader is to have a cause you believe in. And the stronger you believe in the cause, the more adversaries you will have. And we strongly believe in this.”

Unfortunately, Paramount Pictures believes it owns the rights to It’s A Wonderful Life and issued a statement yesterday flatly denying any such project would be made. “No project relating to It’s A Wonderful Life can proceed without a license from Paramount,” their spokesman said. “To date, these individuals have not obtained any of the necessary rights, and we would take all appropriate steps to protect those rights.”

Speaking to Variety’s Dave McNary, Farnsworth optimistically responded that “we have spent a lot of time, money, and research that leads us to believe that we are clear on any infractions of the copyright. If anyone feels they have a legal claim, we will be happy to talk with them. I believe that whatever resolution needs to be made will be made amicably, in the positive spirit of the project.” Even if we never get this film, we’ll always have its unforgettably strange trailer: