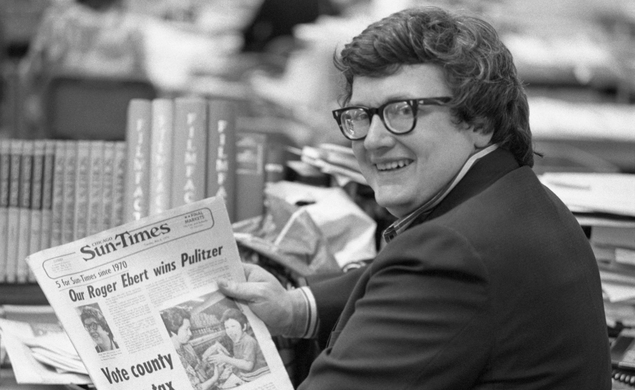 Back at the turn of the century, Roger Ebert named Steve James’ documentary Hoop Dreams the greatest film of the 1990s. So it’s no surprise that Ebert was delighted when James decided to turn Ebert’s memoir, Life Itself, into a documentary. “My hopes for this are so high,” he told me last fall, “I never thought of my book as a doc. I’m keeping hands off any involvement, such as with the screenplay, because I don’t want to be a third wheel. Whatever they do I will be fascinated.”

Ebert sadly passed away last April after a long battle with cancer, but work continues on Life Itself. Yesterday, the film, which is being executive produced by another of Ebert’s favorite filmmakers, Martin Scorsese, launched an Indiegogo campaign to raise $150,000. The funds will go towards film graphics, color correction, audio mixing, archival footage and music licensing, and other crucial aspects of post-production. If James and Scorsese exceed their fundraising goal, the excess money will be donated to charitable causes like The Roger And Chaz Ebert Foundation and The Roger Ebert Program For Film Studies at Ebert’s beloved alma mater, the University of Illinois in Champaign-Urbana.

As with any of these crowdsourcing campaigns, there are perks, and if you’re an Ebert fan, there are some excellent ones. $25 gets you early access to the film via a pre-theatrical online stream. $67 gains you access to an exclusive “Ebert Movie Society” which will convene once a month for six months for a private conference call with Steve James and other guests on the state of the film and various other topics from the world of cinema. If you’ve got $5,000 to spare, you and 48 of your closest friends can take over the famous Lake Street screening room in Chicago, where Ebert saw thousands of movies over the course of his career, to watch Life Itself.

You can donate for yourself or, since this is the gift-giving season, donate on behalf of someone else and then give them the perks as a gift. Like me, for example. My birthday’s on December 23.