The new Need For Speed trailer is fast, furious 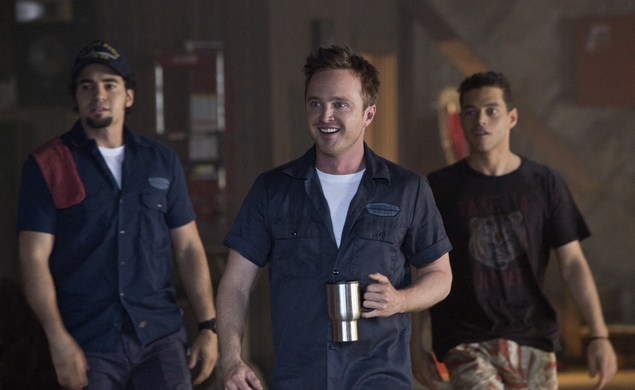 Attention cinephiles who live their lives a quarter mile at a time: there’s a new trailer for Need For Speed, the upcoming movie adaptation of the long-running video game series starring Breaking Bad’s Aaron Paul as, according to the press release, “a blue-collar mechanic who races muscle cars on the side in an unsanctioned street-racing circuit.” He’s framed for a crime he didn’t commit by Dominic Cooper and then released from prison two years later, intent on vehicular revenge. Here’s the new clip:

I’m not really sure what role Michael Keaton plays in this movie  (he seems sort of like Cleavon Little’s Super Soul from Vanishing Point?), but his crazy poetic pronouncements about the beauty—excuse me, the “high art”—of racing really rev my engine. Otherwise, this looks like a Fast & Furious clone: honor, love, redemption, and scores settled between badass bros behind the wheel of supercharged muscle cars. Not that I’m complaining; I love the Fast & Furious movies, so as long as it’s a good clone, that shouldn’t be a problem.