Nymphomaniac is getting a four-hour cut in Denmark and Norway 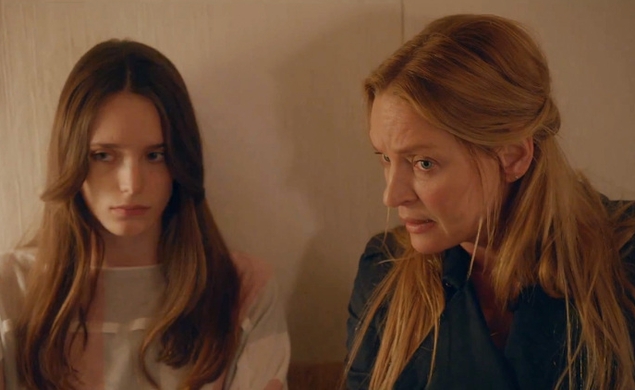 This week’s news is that the five-hour film will be released in Denmark and Norway in a two-part version totaling only four hours. The shorter version’s the product of commercial prudence: When a film is this long, and costs this much ($10 million), and features such controversial content (including hardcore sexuality), earning its budget back is going to be an uphill climb. Von Trier’s longtime producer Peter Aalbaek Jensen says the director agreed to the release of this truncated version to help investors begin to recoup their funds. Given previous announcements that the film will exist in both hardcore and softcore cuts, it’s unclear whether this four-hour version will be the former or the latter, or whether there will be three separate versions of the film.

In quasi-related news, one of the film’s stars is 62-year-old Stellan Skarsgård. Like the entire top-billed cast, he was one of those baring all for a poster featuring his character. Is he comfortable with nudity? He’s naked in, of all things, Thor: The Dark World, and at the red carpet premiere of that film he said it wasn’t a problem: “If you’ve seen what I’ve done before you’ll know that I’m naked in half of my films so it wasn’t a big deal. And I was born naked, also!”

UPDATE: We received a note from an editor at the Danish film magazine Ekko with further details on the shorter cut of Nymphomaniac. He claims that it will be “impossible to make a soft-core version [of Nymphomaniac] that would fit to all markets and it will be up to each market individually to blur the elements they find unacceptable. This means that the version opening in von Trier’s home country of Denmark will contain explicit sex.” Ekko’s story also adds that it’s unclear if and when von Trier’s original, full-length director’s cut will see the light of day; it quotes Jensen denying the rumor that the uncut version will play next May at the Cannes Film Festival.
comments powered by Disqus