The FBI used real production studio as a front for investigation 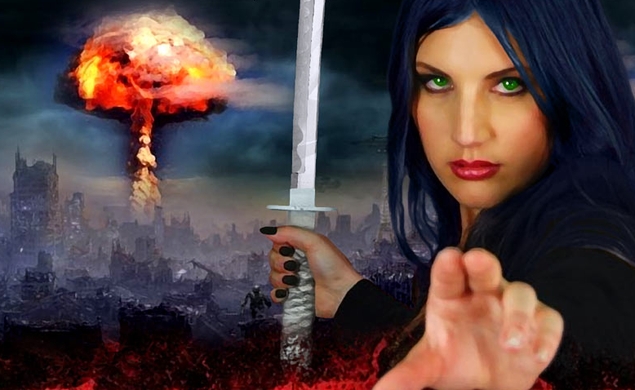 Last week, Al Jazeera America published an affidavit from the FBI’s investigation of California State Senator Ron Calderon. In brief, the 124-page document said an undercover agent had funneled some $60,000 to Calderon in a fake bribe attempt to get the senator to lower the minimum budget that qualifies independent films for a local tax credit. Initial reports said the undercover agent was posing as the head of a fake film studio, but there’s a twist: the fake studio head was actually in charge of a real film studio.

In operation since at least 2007, United Pacific Studios is a legitimate space with a website that appears not to have been updated since 2010 (their trailers are still in Quicktime) and boasts pages for titles like The Dalhia Knights (advertising art shown above), a film by one “Milos Twilight” (whose other credits include Sex Wars and the immortal classic Alien Sex Files 3: Aliens Gone Wild). As The Los Angeles Daily News’ Dakota Smith reported yesterday, the studios made their own low-budget films and offered soundstages for rent. “It was an industrial building with many, many rooms,” said director Greg Pritikin, who shot the 2011 TV movie Monster Of The House at United Pacific. “Each room was kind of its own dirty cove of a set. You could build a classroom or a police precinct, whatever would fit.”

The undercover FBI agent is believed to have gone by the name Rocky Patel.  The Los Angeles Times’ Anthony York reported last week that the name was chosen because it’s also the name of a prominent cigar manufacturer, thereby making it harder to conduct any background research when he claimed to be a studio chief. In fact, he really was a studio chief: United Pacific’s co-owner Crystal Wortman said that Patel approached the company a few years ago and brought in so much business he was eventually appointed president, then left because of alleged family issues just before Calderon’s offices were raided by the FBI. The studios’ present status is unclear.