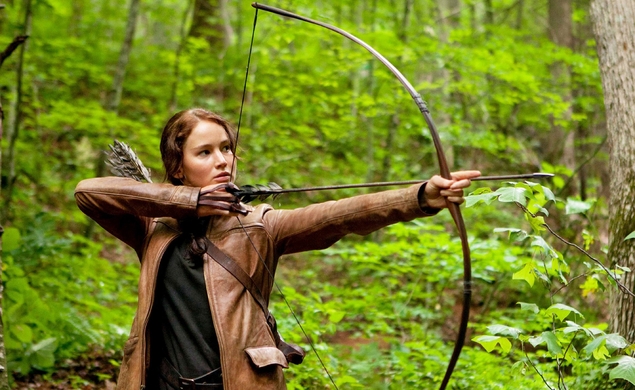 Theme parks and movies have had a long, fruitful relationship. There are great movies about theme parks, and there are great theme-park rides based on movies. Universal Studios just opened a Transformers ride and is currently expanding its wildly popular Harry Potter-themed Wizarding World. Disney is working on a Tomorrowland movie, and adding an enormous Avatar area to its Animal Kingdom park in Orlando.

But while it sometimes feels like every movie coming from Hollywood is either based on a theme-park ride or designed to feel like one, some properties aren’t well-suited to roller coasters and other assorted attractions. And now those properties are being considered for theme parks, too. Variety reports that Lionsgate is considering the “possibilities” of a theme park based on its rabidly popular Hunger Games franchise, after fielding offers to build such facilities in two different territories.

With respect, the idea of a theme park based around a movie set in a dystopian future where young children viciously murder one another on international television for entertainment and oppression purposes doesn’t sound like an ideal subject for a tourist destination. I’m having a hard time envisioning amusements that don’t involve approximating the gruesome deaths of minors or the horrors of life under the yoke of brutal, weirdly bearded dictators. An archery range where you can hone your skills in long-range physical assault? A poorly staffed and supplied restaurant where you get to recreate the feverish excitement of a large-scale food riot? A playground designed as a 1:1 model of the forest where The Hunger Games take place, complete with randomly dropped weapons and genetically engineered death wasps? Why it’s the most youth-friendly violent place on earth!

The next Hunger Games movie, Catching Fire, opens on November 22. After the Hunger Games theme park, Lionsgate should consider a Hunger Games reality show, because that also sounds like a great idea that could in no way backfire.